German crane and heavy transport specialist Wiesbauer strengthened its fleet at the end of October with a new Grove GMK5150L. Florian and Felix Wiesbauer traveled to the Manitowoc factory in Wilhelmshaven for the handover, along with three of their crane operators, Jannik Weigle, Ralf Hoffmann and Samuele Polidori.

After the handover, the GMK5150L was driven to the Wiesbauer headquarters in Bietigheim-Bissingen where its first jobs were waiting. The first task was to relocate a fire water tank weighing almost 22 t. The second assignment was to erect a Potain MDT 178 tower crane from a distance of 18 m. The components of the Potain crane weighed between 6.5 t (tower crane tip and counter jib) and 10.5 t (main tower crane jib).

This new addition is now the second GMK5150L to join the fleet, which already includes around a dozen Grove cranes.

Wiesbauer is headquartered in Bietigheim-Bissingen, Germany, and has four other branches across Baden-Württemberg. The traditional family business offers crane and heavy-duty logistics services to customers throughout Europe and employs around 160 people. The company’s fleet comprises approximately 80 cranes, including Grove models from 80 t to 300 t, as well as other transport vehicles and forklifts. 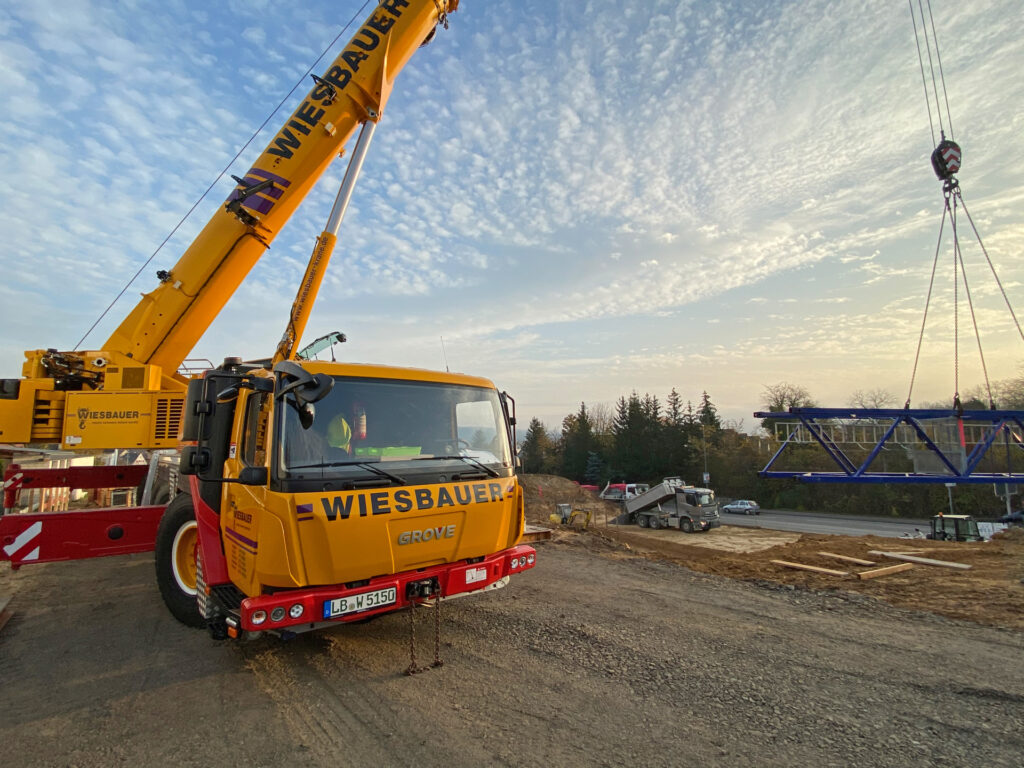