An exceptional transport operation was recently carried out in Assen, Drenthe over the past few days. Two transformers, each weighing 250t, were transported to the Zeijerveen transformer station as part of the further development of the site. A skilful piece of heavy transport work was required!

Both transformers came from the Croatian capital of Zagreb. Before arriving in the Netherlands, they had already made a journey of some 1,500kms across Europe via various rivers to Rotterdam. But the greatest challenge still lay ahead of them.

In Rotterdam, both transformers were transhipped to smaller barges with destination Assen. After a few days, the convoy arrived at a transhipment facility specially set up for the transformers on the Noord-Willems canal. A 350t crawler crane from Wagenborg Nedlift was ready to lift the heavy freight out of the barge. The transformers were now ready to start the final part of the journey and to overcome the biggest challenge yet, namely passing under the A28 motorway.

The route from the transhipment site to the Zeijerveen transformer station is only 2kms. But what happens if the destination is on the other side of the A28 motorway, and the clearing height of the tunnel under the motorway is 4.60m and the height of the transformer is 4.52m? This special challenge required a unique transport solution from Wagenborg Nedlift’s transport specialists: a girder bridge. This is a very special transport solution for heavy loads hanging between two side beams fixed on multi wheel trailers the load to be adjusted for either ceiling or ground clearance.

Girder bridge trailers are rarely used in the Netherlands, but more frequently used in England and Germany, where destinations are often further away from a waterway connection than in the Netherlands, resulting in more obstacles encountered. The girder bridge, weighing 135t, was brought in from England specially for this transport project to Zeijerveen!

Late in the evening the complete transport combination was ready to start. With a tractor leading a 10-axle trailer supporting the front section of the girder bridge and another 10-axle trailer supporting the rear section and the transformer suspended in the girder bridge, followed by a second tractor pushing and guiding at the rear, the transport combination had a length of 67m and a weight of 460t!

It then came down to the steering skills and craftsmanship of the transport specialists. They manoeuvred the huge combination precisely along the carefully prepared route at walking pace, passing through the tunnel, with a margin of only a few centimetres, under the motorway . All the calculations and measurements were correct. It was a perfect operation! 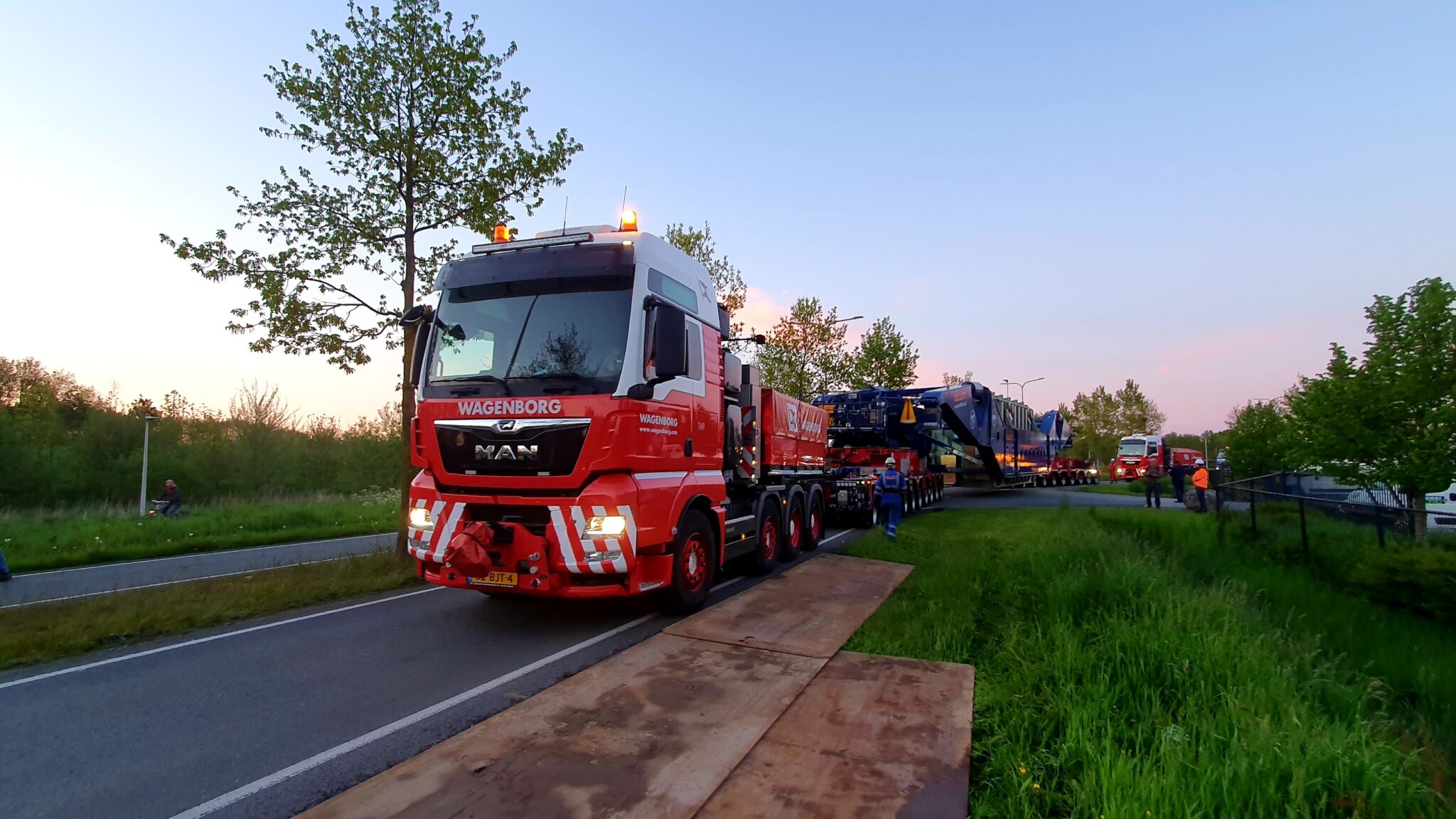 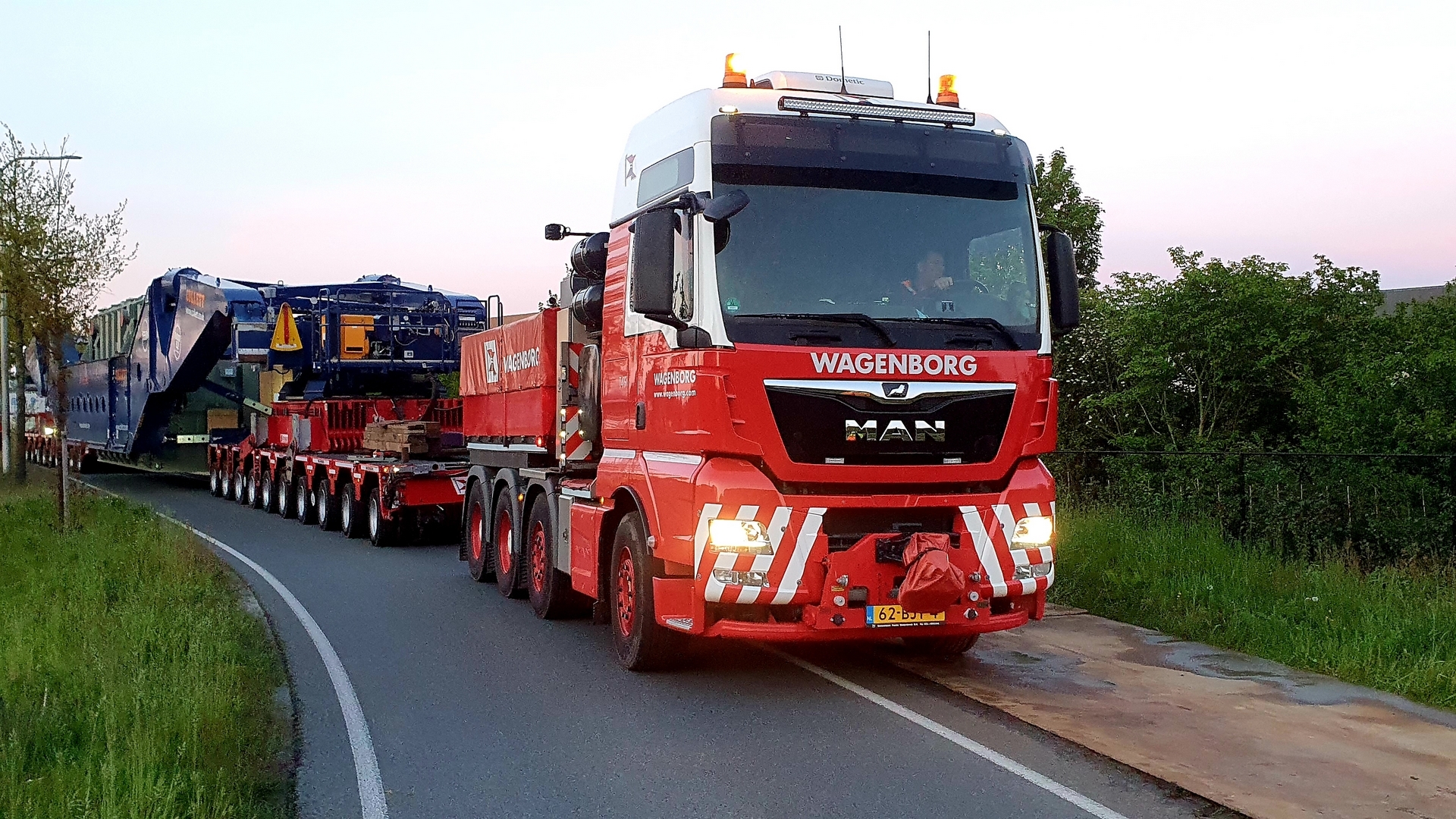 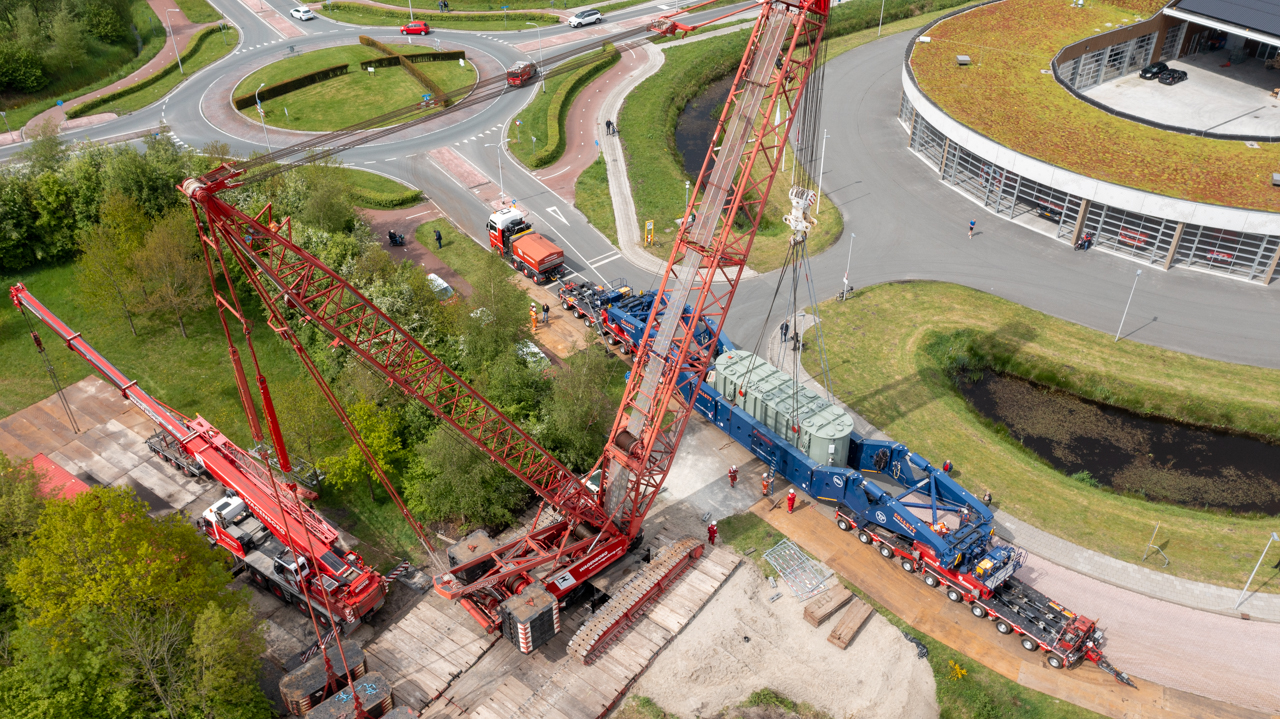 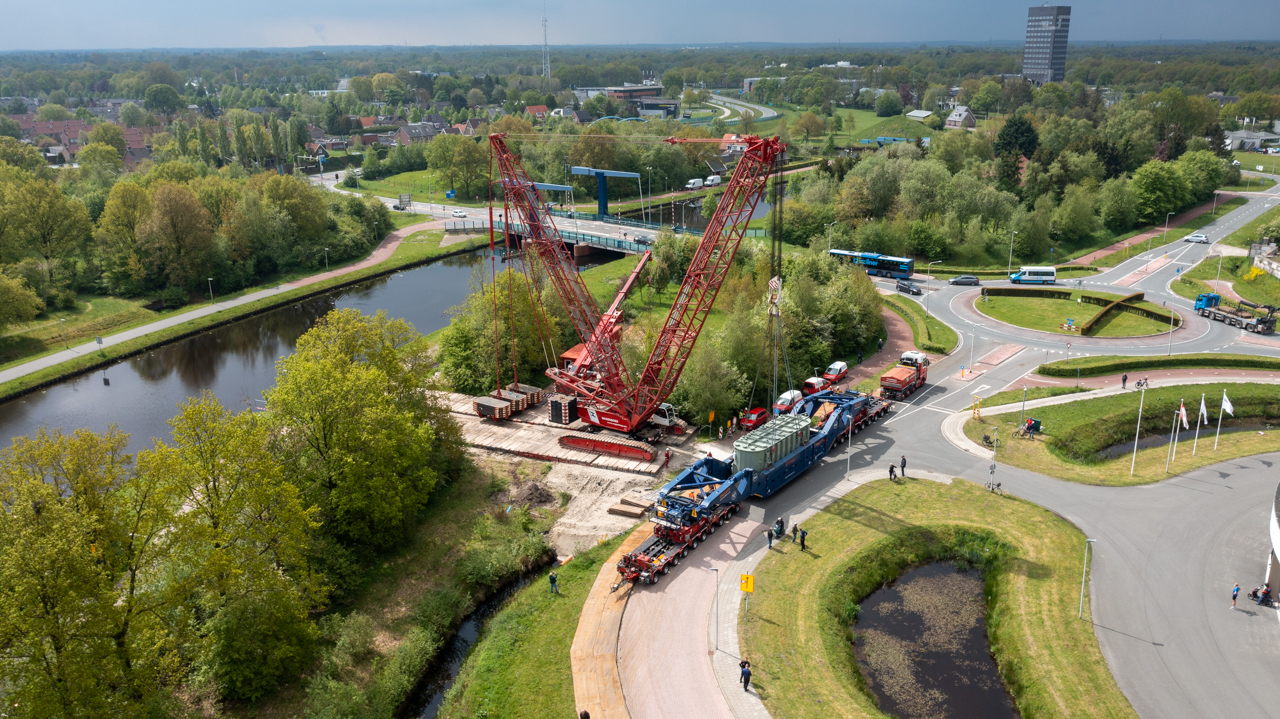 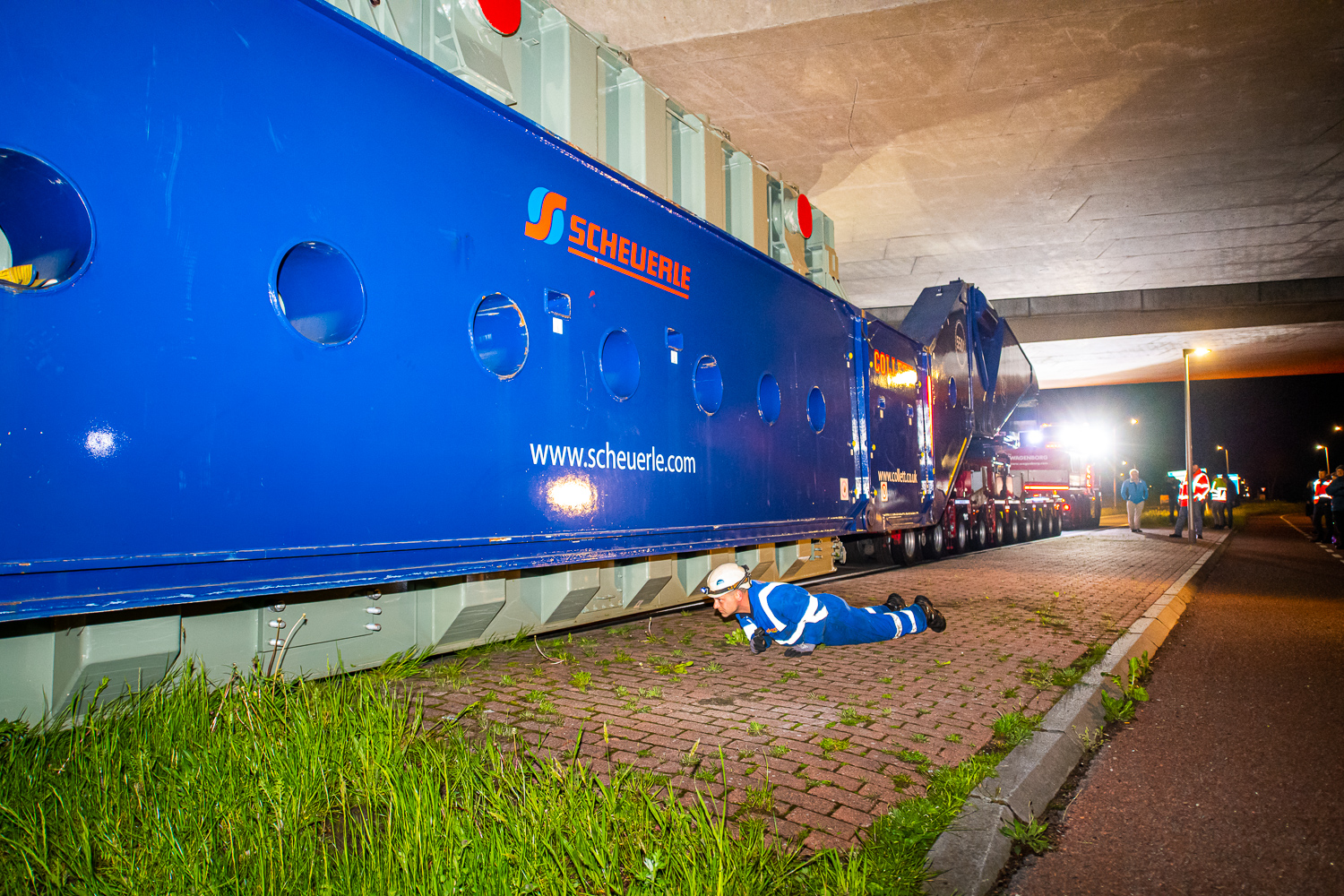