The new PK165.002 TEC 7 is mounted on a type R500 A8x4NB Scania truck with a spacious, easy-to-enter and neat cabin. This fully air-suspended truck is powered by the clean 500 hp EURO6D engine.

Thanks to the P-Fold system, the crane can be folded and unfolded quickly and easily. Because the new knuckle boom crane has an extra support leg, a 100% load chart is achieved within the total operating range of 360°. The crane is equipped with a hydraulic fly jib and a hydraulic hoist.

The new 165-tonne metre knuckle boom crane is also equipped with a two-person man basket, obviously fitted with all the necessary safety devices and emergency controls. It fully complies with the EN280 standard.

Since the significant amendments to the ‘Working Conditions Decree 7.23D on man baskets’ entered into force on 1 July 2020, Wagenborg Nedlift’s newly fituknuckle boom cranes are a great solution when it comes to performing work with an articulated telescopic boom. 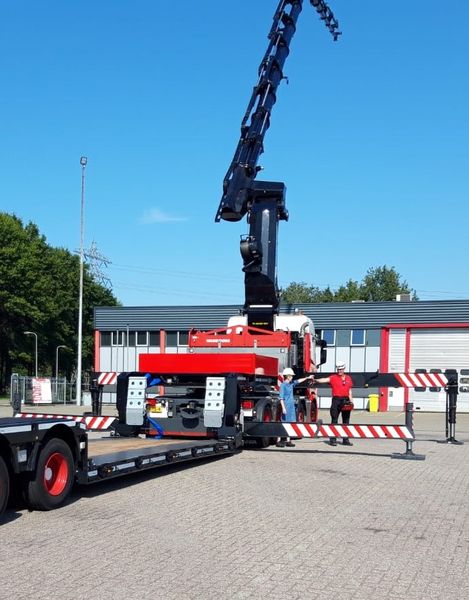 Manager Jeanet de Jong handed over the keys to drivers Willy Olde Dubbelink and Gerald Heskamp at a safe distance.

Railway Back on Schedule 90 Minutes Earlier than Planned