The drivers from Van der Vlist often see some of the most beautiful places in Europe on their specialised transport projects. One such project recently was a transport to Monthey in Switzerland. The load was an articlulated hauler destined for work in a Swiss quarry. Dimensions of the hauler were 11m  long, 4,5m wide, 4.21m high and weighing 42t.

Because of the dimensions the transport was carried out partly by night and under the guidance of a Van der Vlist pilot car and police escort.

The featured title photograph shows the Van der Vlist Nooteboom lowloader almost at the destination. The destination quarry on the disitant hillside is circled to the right of the traffic sign. 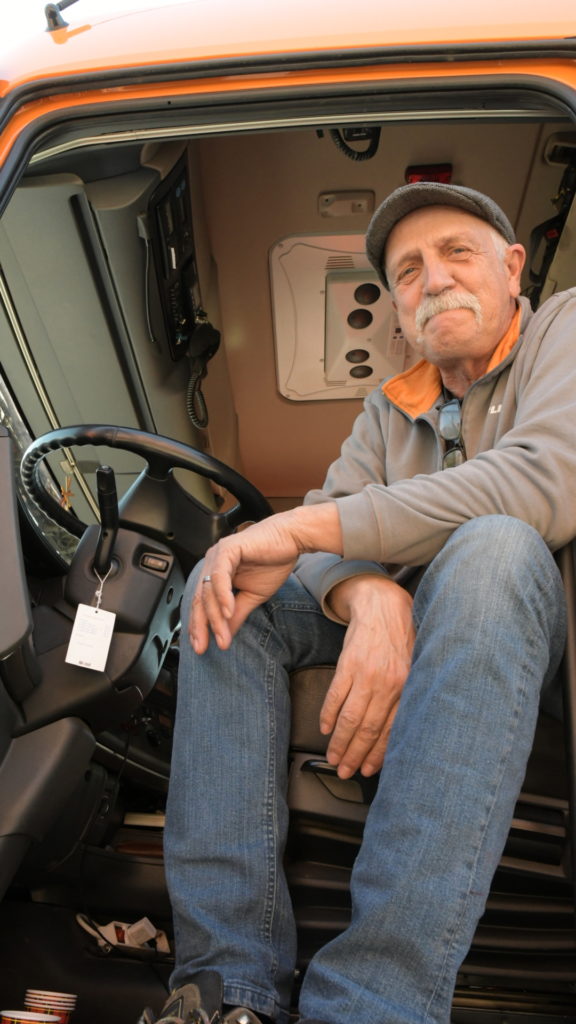 The proud Van der Vlist driver after arriving in Switzerland