Pioneering Spirit is closing in on Frederikshavn with the second major Tyra platform topsides after another flawless single-lift. Days after delivering the Tyra East Alpha (TEA) facility to the M.A.R.S recycling yard, our game-changer was back in the Tyra field to pull the 7,800 tonne West Alpha (TWA) topsides out of the water.

“Thanks to the vessel’s unique motion compensated topsides lift system, it is a case of move in, lift and move out,” says Project Manager Pieter Smit.

The two former processing topsides – and lighter modules, removed earlier in the campaign – will be reunited on the quayside at M.A.R.S. After transferring the structures to the cargo barge Iron Lady for load-in to the yard, Pioneering Spirit  will head back out to Tyra for a third time to remove two flare jackets.

The vessel’s new 5000-tonne crane is also being deployed on the project for lighter lifts. At the start of the campaign, the aft-mounted crane was used to great effect to remove the 1,000 tonne IPF and 1,400 tonne K modules, freeing up the TEA topsides for single-lift removal.

During the two-week campaign, the world’s largest construction vessel will lift some 27,000 tonnes of steel out of the North Sea’s Tyra gas field and deliver the structures to specialist yards in Denmark and the Netherlands, covering some 2000 miles in the process.

“This project involves multiple lifts of diverse structures and different weights,” says our project Lead Engineer Marco Chiozzi. “It’s a great feeling when you see all that hard work pay off. A quick 300 mile round-trip to Denmark and in a couple of days, we will be back here to do it all again!”

Located 225 km off the coast of Esbjerg, the Tyra facilities have been at the core of Denmark’s energy infrastructure for 30 years. However, the field requires redevelopment due to subsidence of the depleted reservoirs, which has caused the platforms to sink. The complex project combines the removal and modification of old facilities and installation of new facilities. 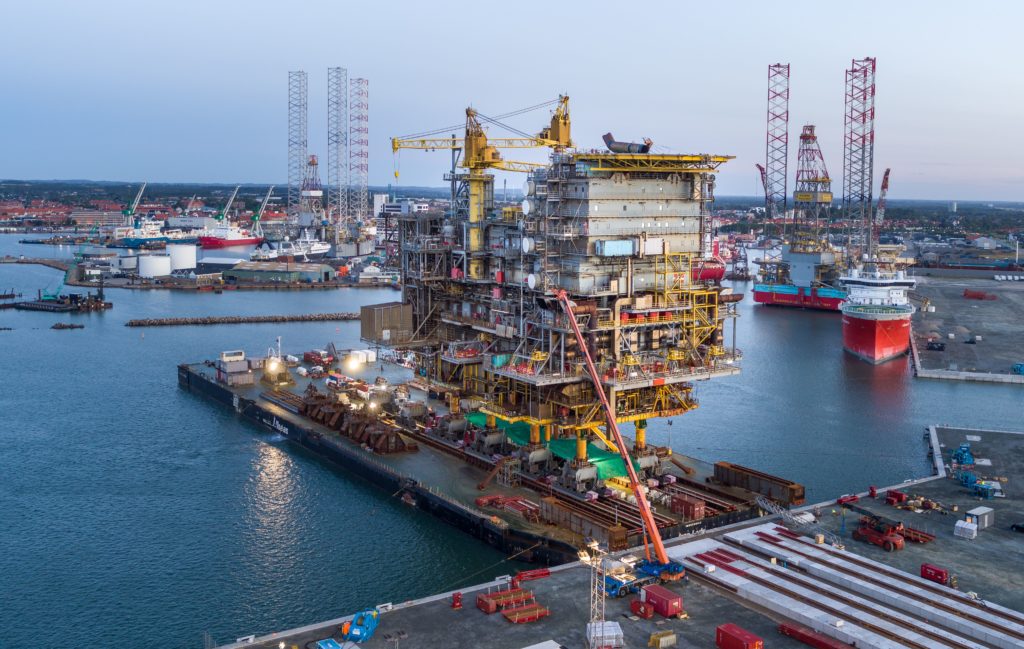 Photograph courtesy of Total in Denmark

DEME to Deploy their DP3 Offshore Installation Vessel 'Orion' for 2,000t Monopiles on Arcadis Ost I