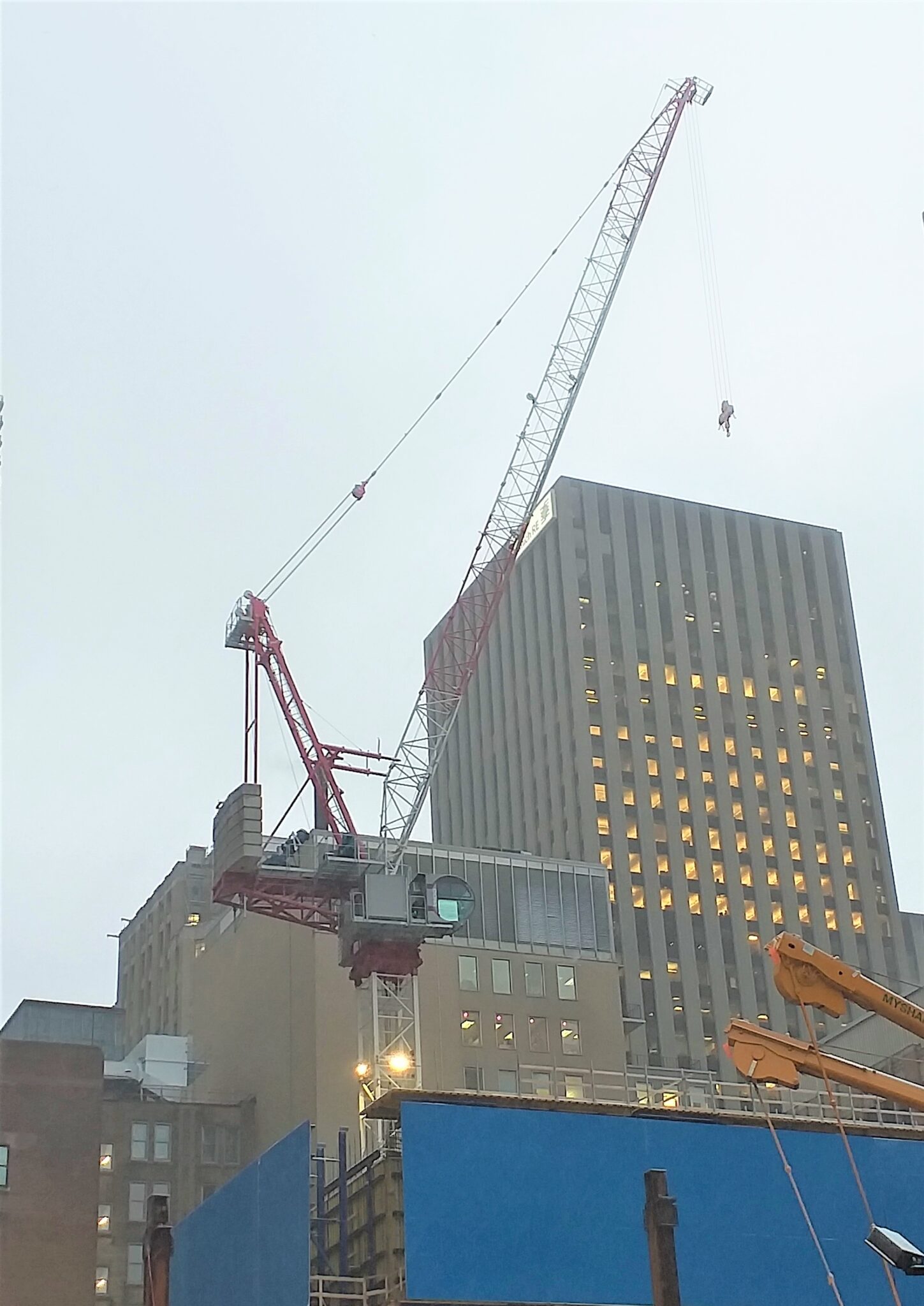 “We decided to purchase two Raimondi LR273 luffing cranes for this project. The contractor, Madison Group, had strict requirements for this high profile and logistically challenging project. The site is located in an area of downtown Toronto that is surrounded by many other high rise condos and hotels and swing rights are a major issue,” explained Jim Patullo, President, Avenue Building Corporation.

“The out of service boom angle was a major reason why we purchased this crane. The other factor is determining which crane to buy was the easy to use and simple design of the internal climbing system.  The LR273 is a major asset and we are extremely happy with our purchase as we have now purchased an additional four LR273s to bring our fleet of Raimondi to six cranes,” Patullo continued, noting that another value add of the LR273 with its maximum lifting capacity of 18t is that it ensures excellent performance when lifting concrete, steel and formwork.

With the first crane erected within a day in January 2019, and the second one installed in June 2020, the two heavy lifters already completed the formation of the complex’s foundations and the six-level underground garage. Currently working at the construction of the first two floors of the new development, the luffers are on site with a jib length of 40m at a freestanding height of 35m.

The Raimondi LR273 is a weight-optimized luffer ideal for clients requiring a machine that easy to assemble and that boasts excellent load curve and big drum capacity. Its 2.9t lifting capacity at a jib length clocking in at 60m, this luffer offers the highest tip load of a crane in its class.

Situated in the hearth of the city’s Entertainment District, the dynamic project features the world’s first Nobu branded high-rise residences, and Canada’s first Nobu Hotel and iconic restaurant. Upon completion, the new Toronto landmark development will be made of two 47-storey modern towers featuring 700 residential suites, indoor and outdoor amenities, commercial retails, and a 10-storey podium hosting a Nobu restaurant.

“We are proud to build on our existing relationship with the heritage European manufacturer by purchasing an additional machine for our fleet,” Patullo concluded.

Work completed quickly and at short notice, despite access challenges