Canada’s Cherubini Bridges and Structures has completed work on the Four Signature Bridges contract for Toronto’s Port Lands project. The job wrapped up in style with the company successfully orchestrating a complex four-crane pick to get the final 446.6t segment of the bridge sent up the St. Lawrence River by barge.  The lift of the 22.3m wideand 57.1m long Cherry Street North Bridge was performed by R&D Crane which, like the fabricator, is a division of Cherubini Group. It was completed using the four largest cranes in its fleet: a Manitowoc Model 16000 lattice-boom crawler, and Grove GMK6400, GMK5250L, and GMK5240 all-terrain models. 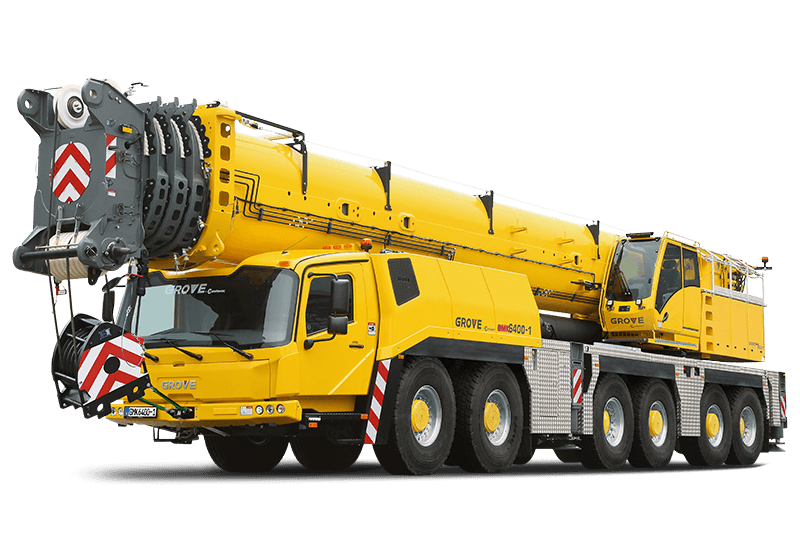 The cranes combined to lift the structure from its supports in the yard at Cherubini’s Pleasant Street Fabrication Facility in Dartmouth, Nova Scotia, allowing a self-propelled modular transporter (SPMT) with transfer beams and a huge Cherubini-engineered turntable to take the load. The SPMT was then driven onto a barge moored alongside the site’s dedicated harborside wharf to begin its journey to Toronto. The need to bring together the four cranes was an engineering solution to help ensure the bridge was positioned as smoothly as possible at its final resting place, as Cherubini Group CEO, Darren Czech, explained. 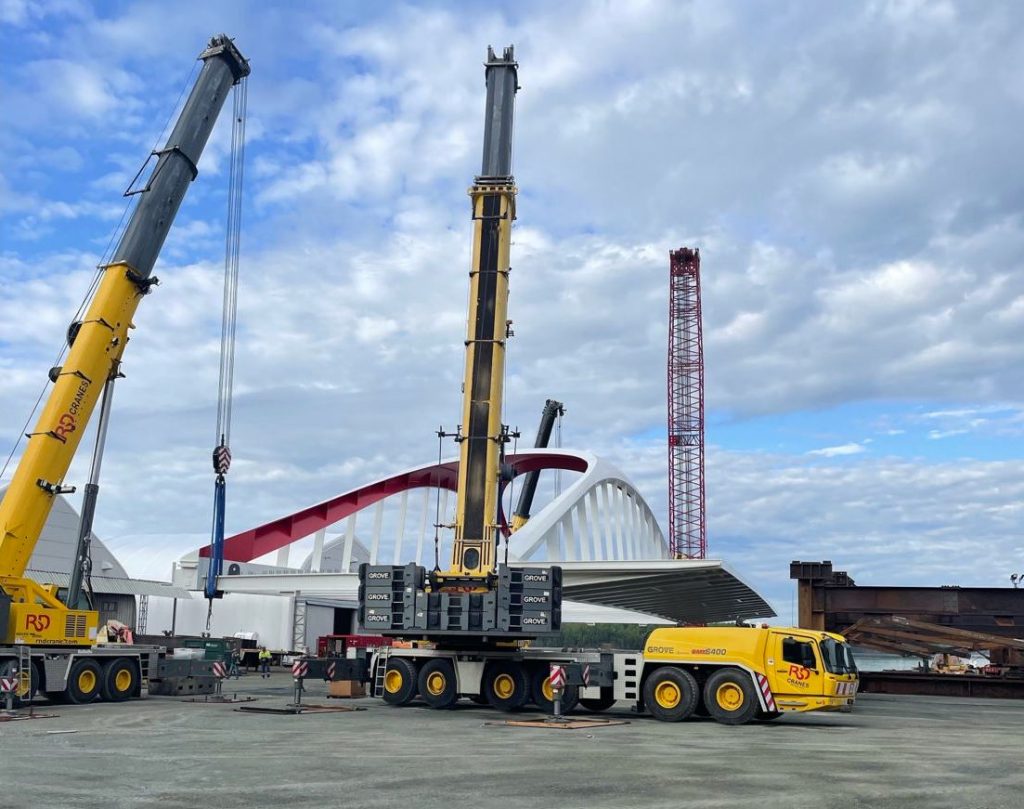 “Loading the bridge sections onto the barge wasn’t the issue, as the transporters were able to pick the sections and drive straight on,” he said. “But with this particular section, and also a second one, there were space restrictions which meant we couldn’t just simply roll on and roll off the barge using the self-propelled transporters alone. 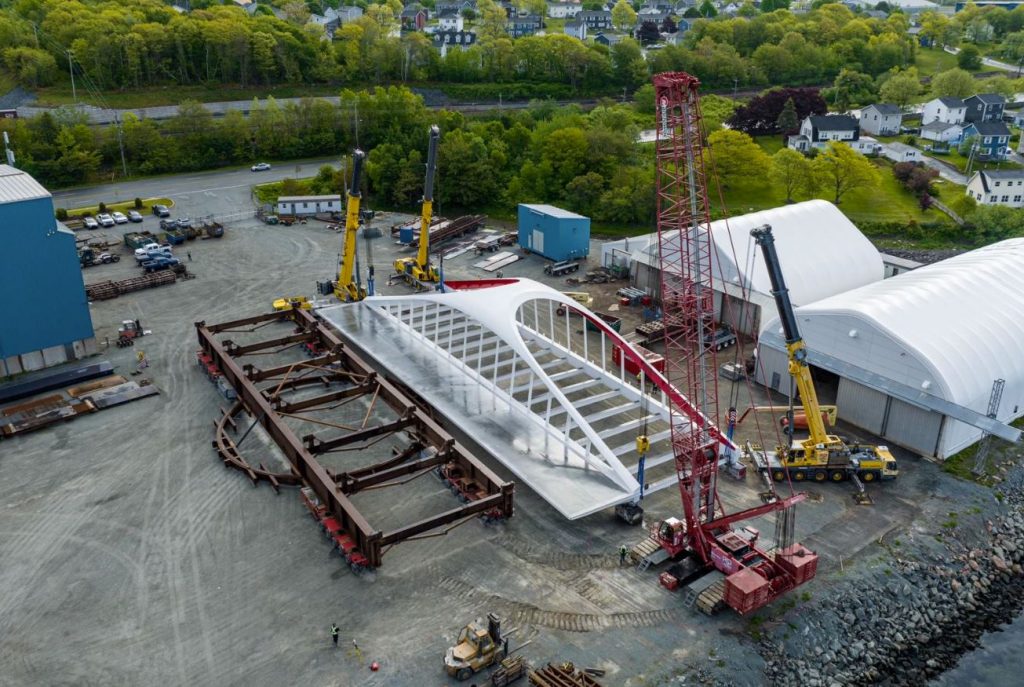 “…we engineered a solution that supplied the sections to the jobsite on a turntable structure, our giant ‘Lazy Susan…’” (Photograph courtesy of Cherubini Bridges & Structures)

Because of the this, we engineered a solution that supplied the sections to the jobsite on a turntable structure, our giant ‘Lazy Susan.’ This allowed tugboats in Toronto to spin them around on the barge in the middle of the harbour, ideally positioning them to slot right into their final resting place. So, we used the four-crane pick at our yard to make sure the section was accurately placed on the turntable ahead of shipping to Toronto.”

the bridge arriving at its destination, (Photograph courtesy of Cherubini Bridges & Structures)

“The lift went without a hitch, taking less than four hours,” said R&D’s GM, Rob Blois. “Although the cranes were mobilized roughly a week prior to help with planning, setting up mats, and finalizing onsite details. The key was really the planning, working out how to maintain equal weights during the lift and spreading the load to reduce ground-bearing pressure. But on the day the cranes worked very well together. We have a full fleet of Manitowoc and Grove machines, which minimizes the mechanical and operational challenges a mixed fleet can cause.”