After a journey of more than two months, the transport vessel Zhen Hua 34 arrived at Vlissingen North Sea Port on Sunday 29 May. The ship transports the two bascule bridges, four lock gates, eight sewer gates and maintenance facilities for the lock gates for the Nieuwe Sluis in Terneuzen.

The ship departed from Penglai in China to North Sea Port on March 18, 2022. The ship is unloaded in the Scaldiahaven in Vlissingen-East. To do this, the ship had to turn on arrival and sail backwards into the harbor/dock in order to moor at the quay. 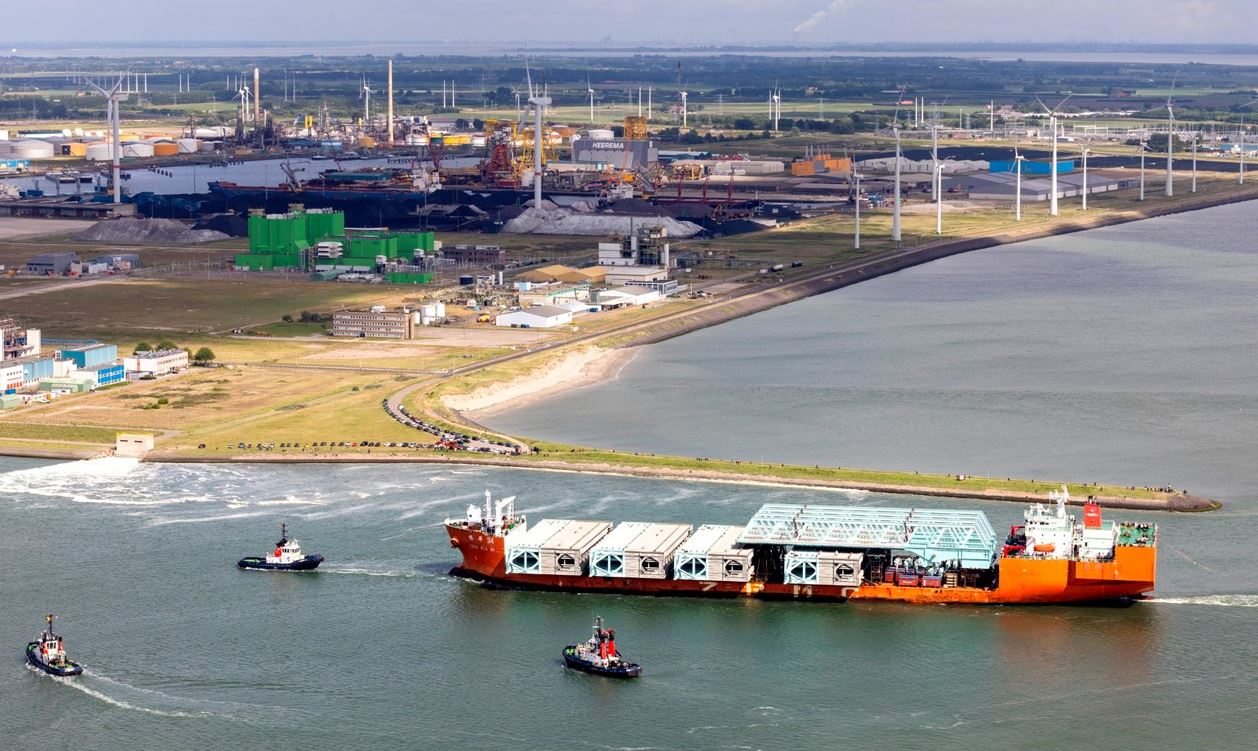 The doors and bridges are not yet needed at the construction site of the Nieuwe Sluis in Terneuzen. They are therefore first stored in the Autrichehaven, in Westdorpe (located between Terneuzen and the Dutch-Belgian border). The last inspections and work are still being carried out there. At a later date, the four lock gates in the door casings of the Nieuwe Sluis will be sailed into. The installation of the bridges will follow afterwards. In Vlissingen, the doors and bridges will be loaded separately onto a pontoon, after which they will depart for Westdorpe in the coming days in push and tugboats. It takes six separate transports to carry everything. In doing so, they pass the Westsluis of the lock complex in Terneuzen.

The construction of the New Lock in Terneuzen has been in full swing since the end of 2017. Once completed, the New Lock will be one of the largest locks in the world. In terms of dimensions, the Nieuwe Sluis is comparable to the locks in IJmuiden, Antwerp and Panama.

The lock complex in Terneuzen is the gateway to Terneuzen and Ghent in the port area of ​​North Sea Port and ensures supplies to the companies for the next 50 to 100 years. Both with current goods and raw materials and with new ones such as hydrogen, CO2 or for the circular economy.

The New Lock provides better access and smoother flow of the increasing shipping traffic, for both inland and seagoing vessels. This creates an improved shipping connection between the Netherlands, Belgium and France and the whole of Europe.
An improved infrastructure will be created with a second larger lock for seagoing vessels. Flanders and the Netherlands can count on a considerable economic boost with the arrival of the New Lock.