Subsea cables provide critical communications and power links for offshore assets, but handling and installing these giant lifelines can be anything but simple – as in the case of a new subsea cable for an offshore project in Saudi Arabia. This in particular with marine engineering challenges to load in the 1,300t cable basket for transpooling of the cable onto offshore service vessel, that required specialist support from Mammoet if it was to be ready in time for installation.

The cable basket arrived on a barge to Jubail Commercial Port, where it then needed to be loaded in for transpooling and the empty basket loaded back out on the barge. However, the height difference between the barge and the quay, meant that thorough engineering across disciplines, such as marine engineering and transport, was needed to ensure a smooth, efficient load in operation.

Munawar Khan, Mammoet Project Manager explains: “The cable basket needed to be loaded in for transpooling from the quay, as it could not be done safely from the barge. The spooling then is performed by rotating the cable basket on SPMTs in a circular motion.”

“However, we were presented with a task to overcome the height difference between the deck of the barge and the quay for load-in and load-out operations. Our experience in handling large and heavy components – often weighing in excess of 1,000t – proved critical in doing this effectively.” he continued. 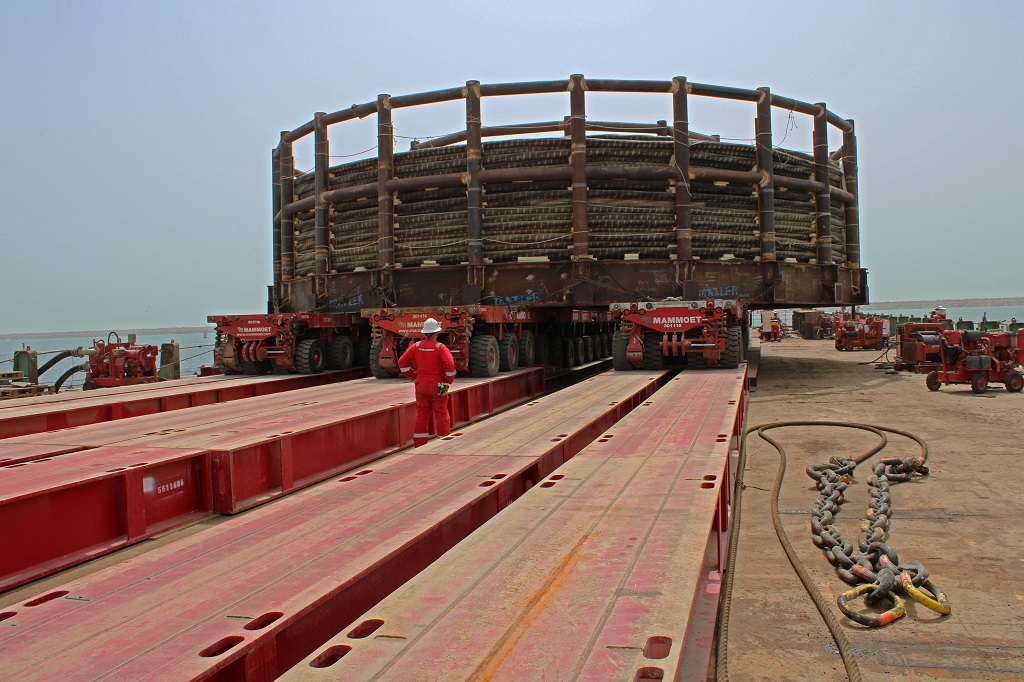 Load-in of the cable basket via a bespoke 50m ramp, designed to accommodate the elevation difference whilst bearing a total load of over 1,500t.

Mammoet engineers created a detailed load-in plan, which included a bespoke 50m ramp, designed to accommodate the elevation difference whilst bearing a total load of over 1,500t (including the weight of SPMTs). The result was a pathway for 18 lines of SPMT to roll onto the barge, lift the basket and roll off onto the jetty. 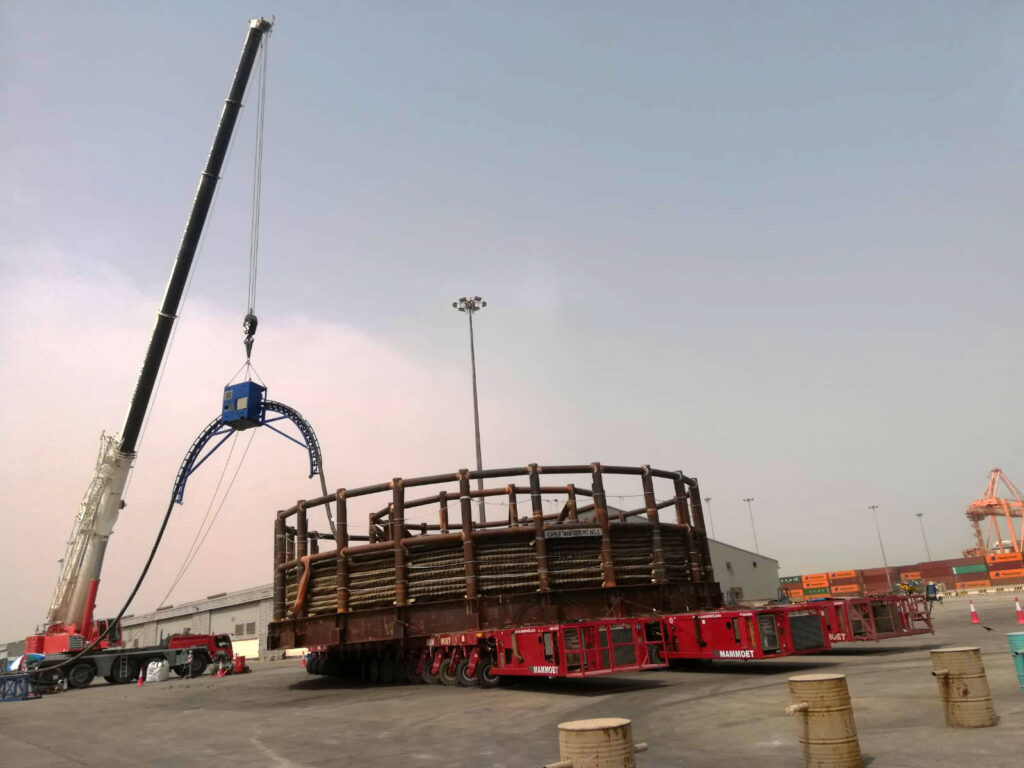 The spooling operation was then performed with the basket being rotated by the SPMTs, whilst typical spooling auxiliary equipment was used to manage the cable between the basket and the installation carousel. With time of the essence, the Mammoet team worked in day and night shifts as the SPMTs were rotated during transpooling.

Munawar continues: “Thanks to our strong regional presence, we were able to bring in the right equipment and SPMT operators experienced in handling such large components to work in two shifts – allowing us to complete the transpooling operation in less than 48 hours, ready for transportation offshore.” 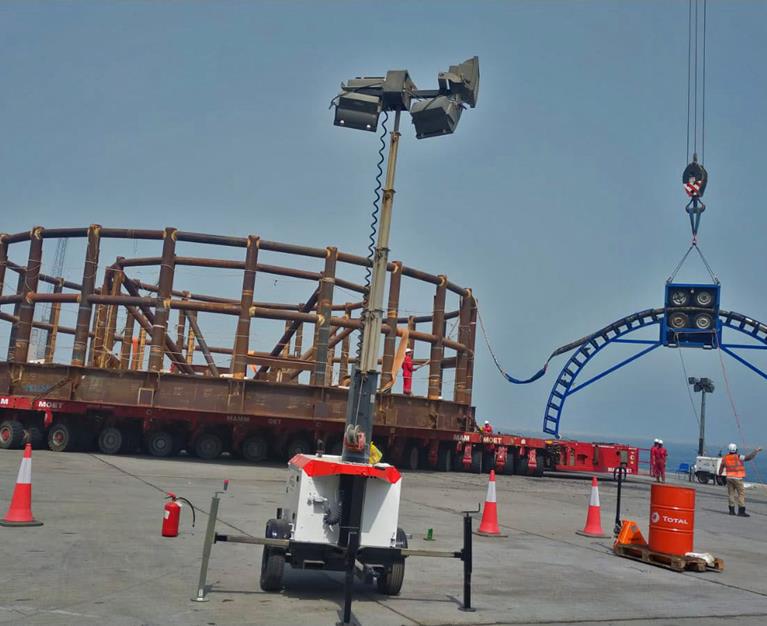 This then allowed load out to happen sooner, moving the empty cable basket by SPMTs back onto the barge via the ramp. In total, load in, transpooling and load out was undertaken in far fewer days than the original timeframe given.

Munawar concludes: “We understand that time is money for offshore projects such as this. Thanks to the combination of a thorough marine engineering plan, drawing on a range of discipline experts, and the availability of the right equipment and professionals when needed, we were able to ensure safe, efficient completion whilst saving significant time for the client.”

Load-in of the cable basket

This time-saving and cost-efficient method for the float-off was performed for the first time in the Kingdom.