The RoRo terminal at Stockholm Norvik Port has two quay-berths for RoRo ships. Both quay-berths are equipped with robust ramps with dimensions to fulfil the needs of the future, both in terms of size and capacity. There is space here to accommodate the very largest RoRo vessels.

The RoRo terminal at Stockholm Norvik Port opens this autumn. Here there are two new quay berths, both of which are dimensioned to be able to accommodate vessels larger than those currently calling at Ports of Stockholm.

These are the final two of a total of nine ramps that have been delivered to Ports of Stockholm in recent years. Five are installed at the recently newly built Värtahamnen Port and two are at the reconstructed Port of Kapellskär. All of the ramps come from the same manufacturer and have essentially the same design.

The container terminal at Stockholm Norvik Port opened already in May this year. The port has the best Baltic Sea location imaginable. Short shipping approach lanes and efficient overland transport links provide direct access to one of the most rapidly growing regions in Europe. 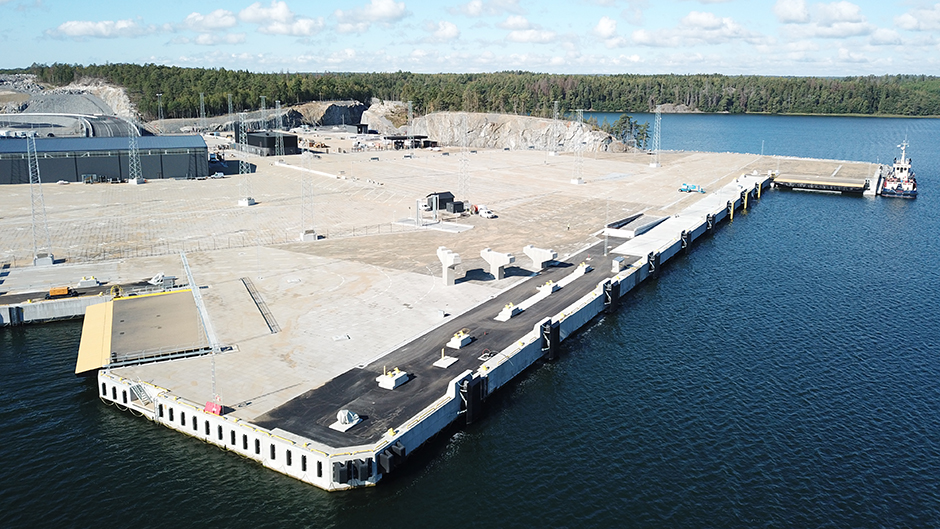 RoRo Berths at Norvik Port courtesy of Port of Stockholm

DEME to Deploy their DP3 Offshore Installation Vessel ‘Orion’ for 2,000t Monopiles on Arcadis Ost I