Smart Mooring Bollard Trialed at ECT in Port of Rotterdam

Along the quay of the Hutchison Ports ECT Delta terminal on the Maasvlakte, the Port of Rotterdam Authority has installed a smart bollard as part of a trial. The smart bollard was developed in collaboration with Straatman BV, Zwijndrecht. By measuring the strain on the mooring lines in real time, the bollard not only allows the real-time monitoring of safety, but it also provides a clearer picture of which vessels can moor at which quays. The trial is in line with the Port of Rotterdam Authority’s policy of making the port more efficient through digitisation.

Until now, it has not been possible to measure the strain on mooring lines. The lack of exact data measured on moored vessels meant we had to assume maximum mooring loads exerted on the lines by the vessels and quay walls. These forces vary due to differences in local conditions. The smart bollard can help give us a better understanding of the forces involved.

When force is applied to a bollard, it moves very slightly. A sensor measures the force and sends the results directly to the Port of Rotterdam Authority. Before the smart bollard was installed, it was successfully put through its paces on a test bench in Zwijndrecht. 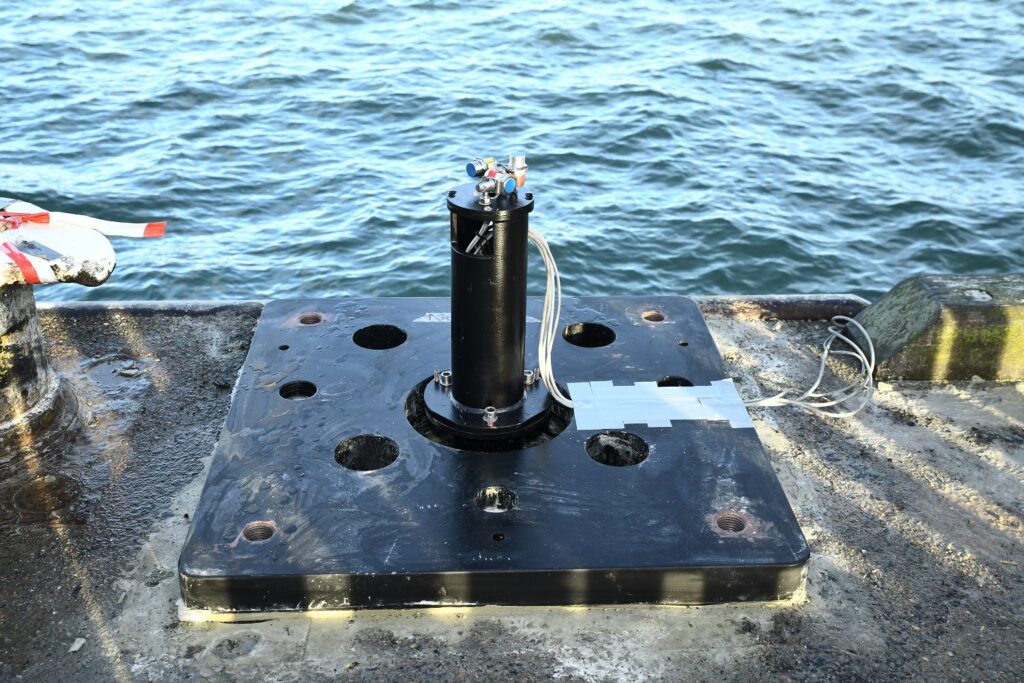 Both photographs courtesy of Port of Rotterdam/ Danny Cornelissen

Rotterdam Looking to Increase Shore Based Power Facilities in the Port