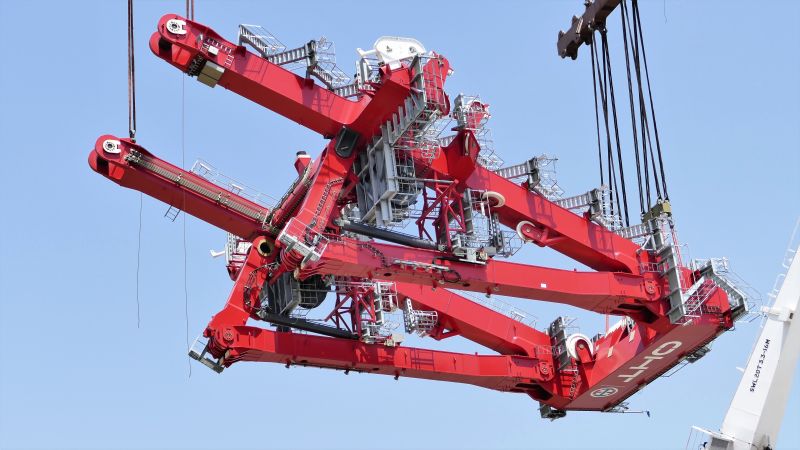 The arrival of the A-frame for the Liebherr 150000 crane at the CMHI Shipyard in Jiangsu, China

Seaway 7 ASA has posted the following news on newsweb.Oslobors.no on the afternoon of Friday 18 October at 16.30…

“Today, we have been informed of an incident involving the folding A-frame on the main crane of Alfa Lift, currently under construction in China. No personnel have been injured and the unplanned movement of the folding A-frame is currently being investigated. The incident is a matter between the shipyard and crane vendor, and it is too early to indicate if this will have an impact on delivery schedule of the vessel.”

The Alfa Lift is being built at the CMHI shipyard in Jiangsu, China, and had been scheduled for delivery at the end of this year or early 2022. The A-Frame is part of the Liebherr 150000 crane which has been built in Rostock, Germany, by Liebherr.

The 3 major crane components of the crane had been shipped from Liebherr’s plant in Rostock to the shipyard in China with the A-frame arriving there in May 2021.

The arrival of the slewing platform for the Liebherr 150000 crane at the CMHI Shipyard in Jiangsu, China

We (Blue Water) continue to develop our expertise in wind turbine logistics in Australia and Asia.