The Långnabba wind farm, that consists of ten 4MW wind turbines is under construction on the southern tip of Eckerö in Åland. The installation of the wind turbines will be carried out between November 2021 and February 2022. The sea transport of components from the mainland to Åland is carried out by Meriaura Group’s deck cargo carrier m/v Aura. All components of the wind turbines have been assembled in the port of Mäntyluoto in Pori, from where ‘Aura’ transports them to Åland according to the installation site schedule and plan. Wind turbines will be phased in during the coming winter of 2022.

The construction of the Långnabba wind farm was started already in 2019 when Vind AX Ab was established and the detailed design of the park began. Infrastructure, such as roads have been built during 2021. In April-June 2021, the foundations and internal cable network for the park were laid. At the same time, the submarine cable and connection to the Tellholm power plant were completed, as well as the foundations of the windmills.

The location of wind turbines on the shore in good wind conditions guarantees high-quality energy production. The Långnabba wind farm is expected to produce more than 130 GWh of energy per year, which corresponds to the electricity consumption of about 10,000 households and up to 65% of Åland’s energy consumption. Åland’s wind power occasionally produces more electricity than is consumed on the island, making Åland an exporter of renewable energy in the near future. 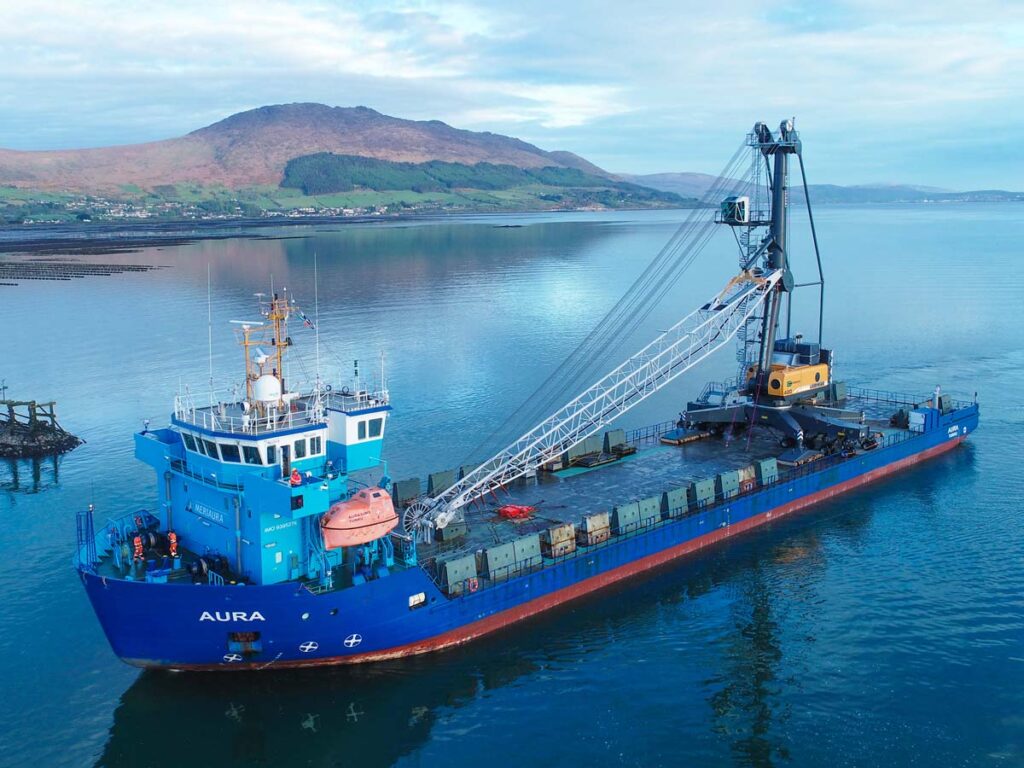 Meriaura Elects New Board of Directors