SCHEUERLE has expanded its SPMT PowerHoss series with the addition of a six axle version featuring a width of 3,000 millimetres. These transport modules now offer up to 330 tonnes of payload per unit and can also be used in a vehicle combination to comfortably handle the most difficult tasks in intralogistics. SPMT PowerHoss 330 modules are ready for immediate use and offer up to 40 per cent more stability than comparable products. Technical data for the SPMT PowerHoss 330: 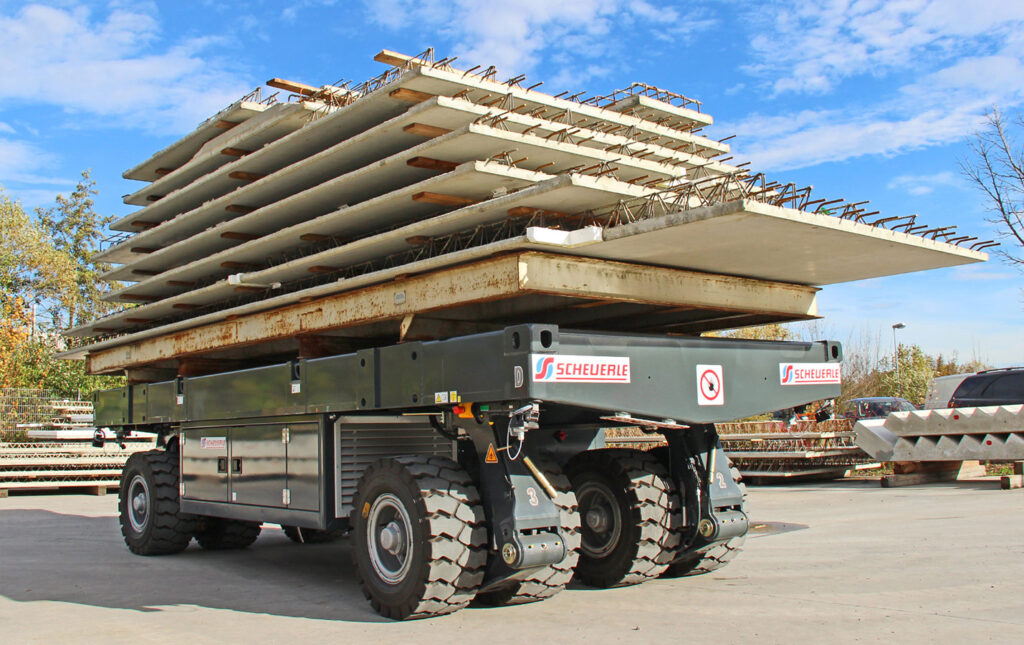 Up to now, SCHEUERLE, a subsidiary of the Transporter Industry International Group (TII Group) owned by the Rettenmaier entrepreneurial family from Heilbronn, has always offered SPMT PowerHoss modules with two and four axles; however, a version with six axles now complements the series. While the two and four-axle versions offer payloads of up to 85 and 174.9 tonnes per module respectively, the six-axle vehicle accommodates up to 330 tonnes of payload. In addition, individual SCHEUERLE SPMT PowerHoss modules can be operated in an uncomplicated manner according to the plug-and-play principle either mechanically or electronically in a loose coupling mode as well as being coupled to one another both laterally or longitudinally in order to meet even higher payload requirements. Thus, a vehicle combination of four SPMT PowerHoss 330s is able to move loads with a unit weight of up to 1,320 tonnes. 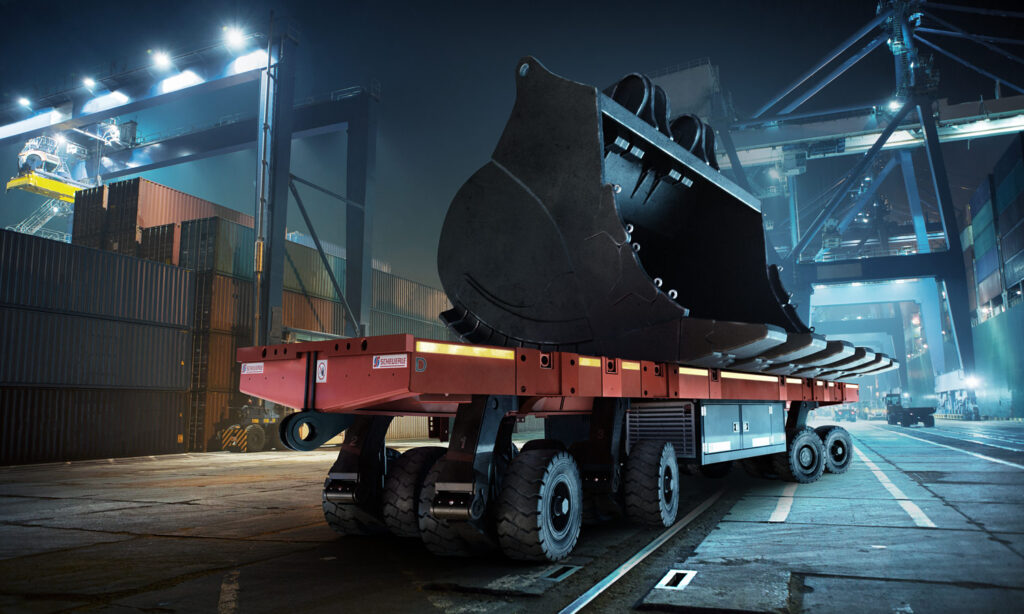 Due to the PPU drive unit (Power Pack Unit) integrated into the transport platform, the SPMT PowerHoss can be used immediately whilst the operator only requires a short briefing. Through its width of 3,000 millimetres, PowerHoss 330 modules also offer 40 per cent more stability than comparable container-wide solutions from other manufacturers. 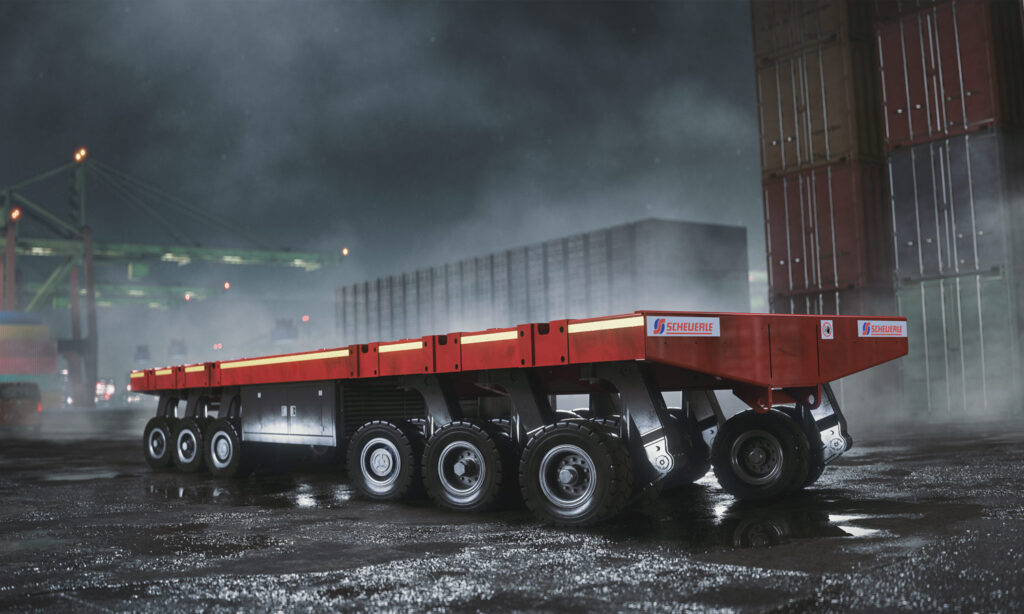 The highly manoeuvrable all-rounder for intralogistic operations is not only easy and safe to operate but it can also be used on a wide range of surfaces both outdoors and in production halls regardless whether the road surface is made of gravel, asphalt, concrete or similar materials. For this reason and due to the high degree of axle compensation in the pendulum axle bogie unit, reloading is not required when transporting from a building into open spaces. This makes the self-propelled SPMT PowerHoss units the specialists for all transport tasks in intralogistics. They are designed for use in shipyards, construction industry, power plants, mining and steel industries as well as in the petrochemical sector. 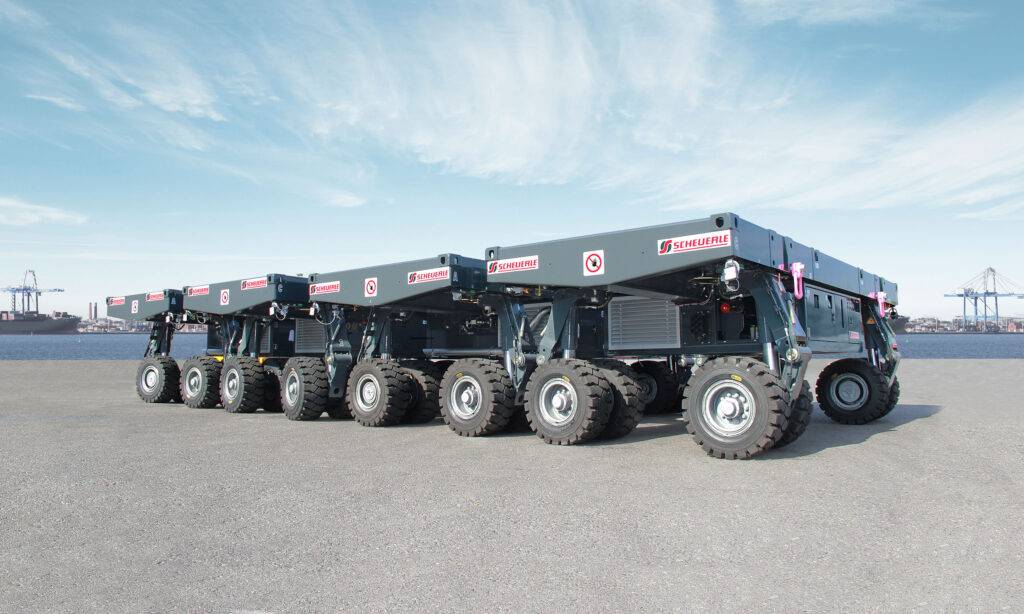 SPMT PowerHoss transport modules are based on the technology of the SPMT series which has been tried and tested over decades and thus providing the advantages of conventional SPMT transporters. This includes the robust construction of the pendulum axle chassis as well as the electronic multi-directional steering system complete with all known steering programs which facilitates highly precise navigation.