For over 30 years, there has been an enormous concrete foundation under the floor slab of a department store in Herne. It was rediscovered when the building was demolished. As the foundation was above an underground railway tunnel, it was not possible to crush it in situ. Therefore, a 500 tonne LTM 1500-8.1 mobile crane from crane and heavy haulage specialist Autokrane Schares GmbH based in Bocholt was used to remove the foundation and place it in an open space, where it was then crushed using heavy machinery.

At the end of the 80s, an enormous top-slewing crane was erected in Bahnhofstrasse in Herne for the construction of a department store. A square concrete foundation with a side length of 5.5 metres and a depth of 1.4 metres ensured its firm footing. After the construction work had been completed, the 104 tonne colossus was left under the floor slab of the building. When the department store was demolished recently, the foundation reappeared.

Normally it would have been crushed in situ by the demolition contractor using hydraulic hammers. However, as it was located immediately above an underground railway tunnel, that method was simply not possible. This meant that a powerful mobile crane had to be brought to the site to remove the enormous foundation in full. Schares sent its Liebherr LTM 1500-8.1, which was then ballasted with 105 tonnes of counterweight at the site. The telescopic boom was extended to a length of 31.7 metres to hoist the foundation out using a radius of 13 metres and deposit it in an open space, where the demolition machines could finish the job. 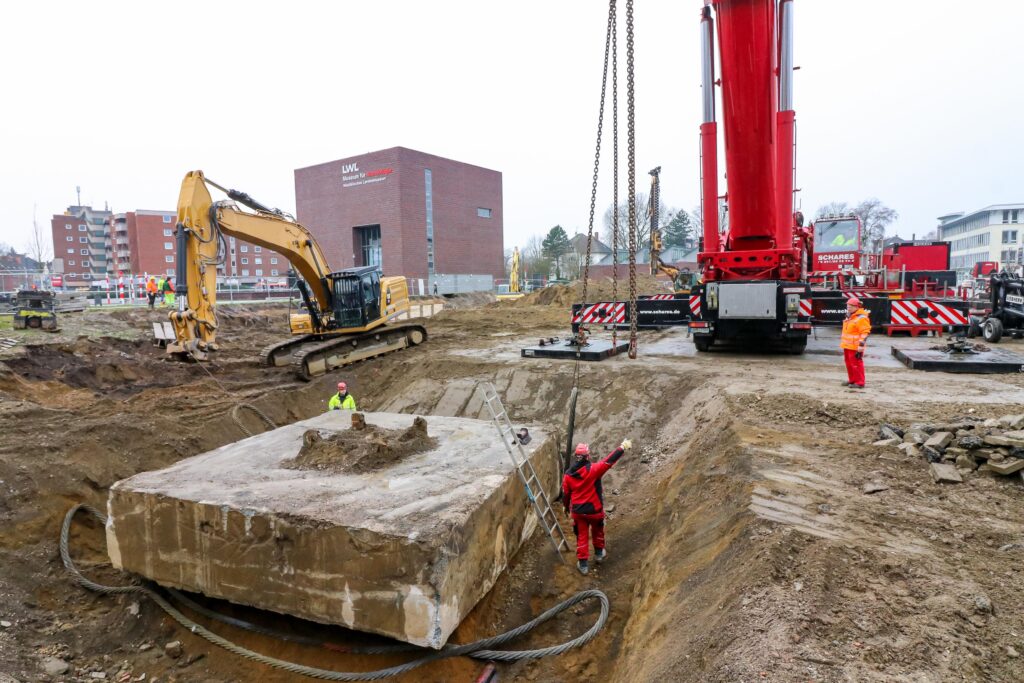 Dangerous – as the concrete foundation is immediately above an underground railway tunnel, it cannot be crushed in situ. 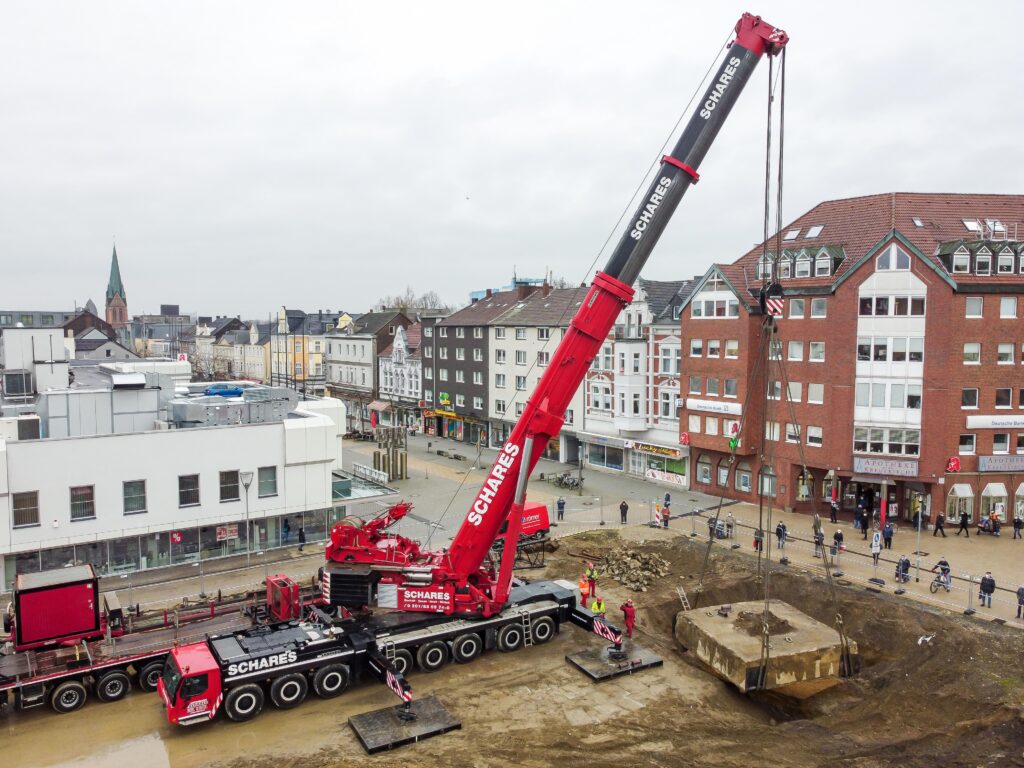 On the hook – LTM 1500-8.1 hoists out the complete foundation for a construction crane.