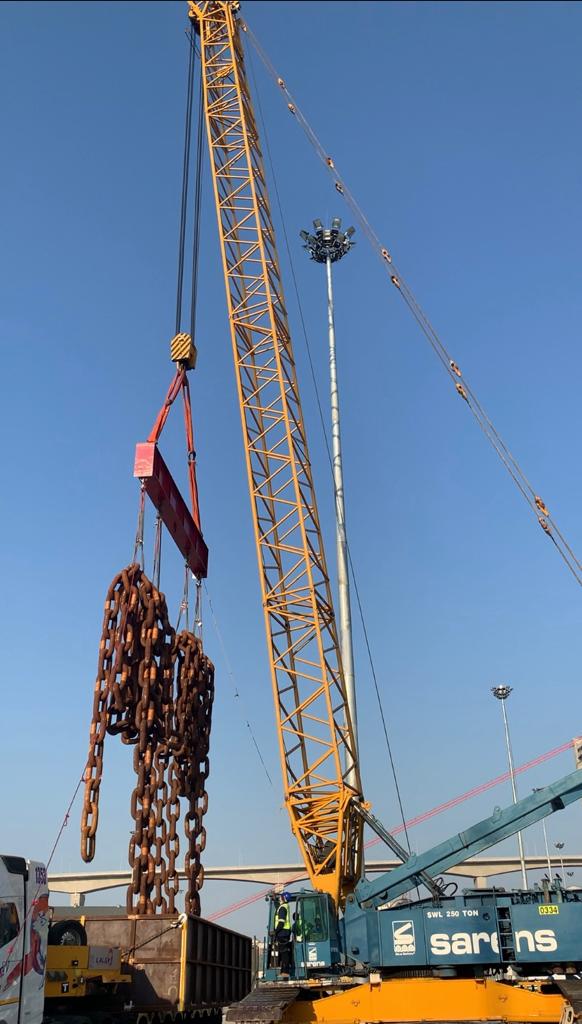 Sarens deployed its CC1100 in Maputo

Sarens was on-site in Maputo, Mozambique from June until September last year to perform and assist on load-out of mooring heavy chains and reels for the FLNG/O&G Project at Area 4 on Mozambique coast.

Floating plant for liquefying natural gas (FLNG) with a capacity of 3.4 million tonnes, Project is located off the coast of Mozambique and is scheduled to begin production in 2022. This will be the world’s deepest FLNG facility with wells drilled nearly 2000 meters deep. Six wells in total will flow into the liquefaction unit.

Sarens deployed its CC1100 after careful swing test during the planning phase. The CC1100 crawler crane was selected with the LH configuration, 7,25m tracks, 80t counterweight, and 42m main boom for a 24-hour operation. A special hook block with 250t capacity was mobilized from Belgium for this operation. The remaining equipment was already present at the Maputo Port for a recently completed project.

According to Country Manager, Mozambique, Joao Custodio, “We are grateful to our client for the opportunity to participate in the major O&G project taking place in Mozambique. We are thankful to our team working on the project for executing the job safely.”

Sarens SPMTs and PJ250 jacking towers rise to the challenge

Sarens Skidding STS Cranes for Kalmar at Eurogate in Tangier