Executing big projects means coming together to collaborate with others on complex and demanding lifts. Recently, Sarens partnered with other contractors at the Hinkley Point C nuclear power station site, working closely with Tissot, Bylor, and NNB. The Hinkley Point C construction project is Britain’s biggest actions on climate change. Once completed, the power station will be key in helping the UK achieve net zero carbon emissions.

Sarens dedicated a considerable amount of time to planning and coordinating the lifts with different companies and departments, and complex configurations of rigging tackle and equipment were supplied by Sarens, Tissot, and Bylor.

The first lift was to remove the roof of the bunker within which the liner ring had been assembled and place the roof in its temporary storage location at ground level.

Sarens SarSpin was then picked up by the SGC- 250 and connected to Tissot’s 74t Novum Beam, a tubular steel structure designed to make the connection between Sarspin and the multiple lifting points on the liner ring. SarSpin is a self-contained, powered hydraulic leveling device suspended below the SGC-250 hook-block, operated by wireless remote control from the ground, giving the lifting team the ability to control the loadings at the lifting points during the initial pick up, to adjust the level of the suspended load and to align it with its supports during final installation.

The responsibilities for this particular lift were split into four main areas:

Sarens was pleased to complete the operation successfully in partnership with Tissot, Bylor, and NNB. Despite on-site congestion and weather challenges, the operation proceeded smoothly, safely, and securely.

The team was able to coordinate with the numerous other tower cranes in the area to provide a clear space for the lift and to avoid potential collisions. Additionally, the crew carefully monitored weather forecasts to execute the bunker roof and liner ring lifting operations when wind speeds were lower than 8m/second, and tackle connection and pickup to when wind speeds were lower than 14m/second.

Sarens would like to thank our project collaborators and the eight Sarens crewmembers who executed this operation, including crane operators, slingers, supervisor, AP, engineer, and management. 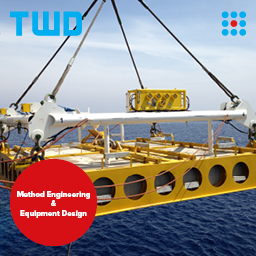 Reactor Dismantled in Mexico by Sarens