Sarens have deployed their SPMTs to transport and load-out two Nelcon cranes weighing 230t each amid the Covid-19 pandemic.

The cranes known as the Port of Workington’s Nelcon Cranes have been operating on the port since the early 80s. These fixed-rail portal cranes had eventually reached the end of their useful life loading coal in the port, so the cranes had to be moved to the Teesside where they will be working with their new owner UKDOCKS.

The cranes had been brought to the Port of Workington to work on an automated facility to export industrial coal in bulk to Ireland and Spain. However this facility never reached more than half its full potential of one million tonnes per year.

UKDOCKS’ director, Jonathan Wilson, said: “It is very satisfying to have had the cranes successfully transported and reassembled and we want to thank everyone involved for their expertise and professionalism.

“The move represents a seven-figure investment in our Teesside facility and one worth making as the docks continue to improve their working capacity. We have bought the two cranes outright and they will be invaluable in facilitating the work required on what is a full order book.”

The two dock pedestal cranes each weighing 230t were moved and loaded with a high tide filling the locked harbour. Sarens’ SPMTs were used to manoeuvre them safely into position and finally loaded-out on the Terra Marique barge. The Terra Marique, owned by Robert Wynn and Sons and chartered by UKDOCKS, had good weather for the voyage South, then through the English Channel and then North to Teesside. The height of the cranes could have provided stability problems in open seas, but the Terra Marique has ample stability and the vessel arrived safely at Tees Commerce Park Dock seven days later.

Sarens’ SPMTs were on hand in Teesside to unload the Terra Marique and place the cranes on the newly installed rails. 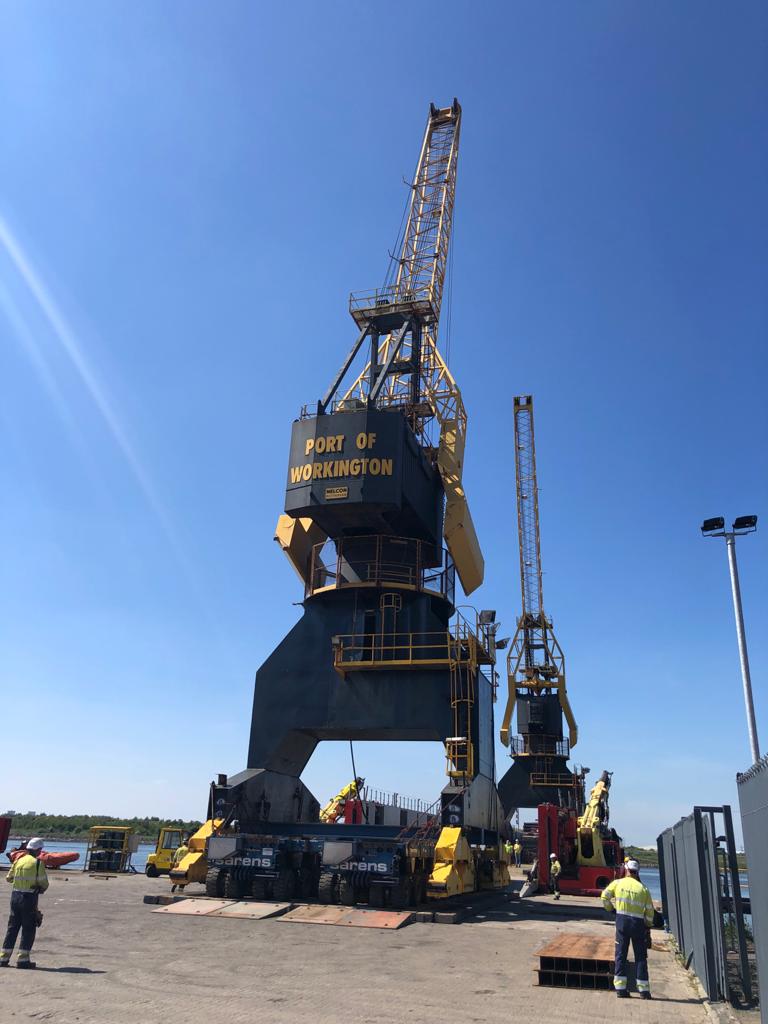 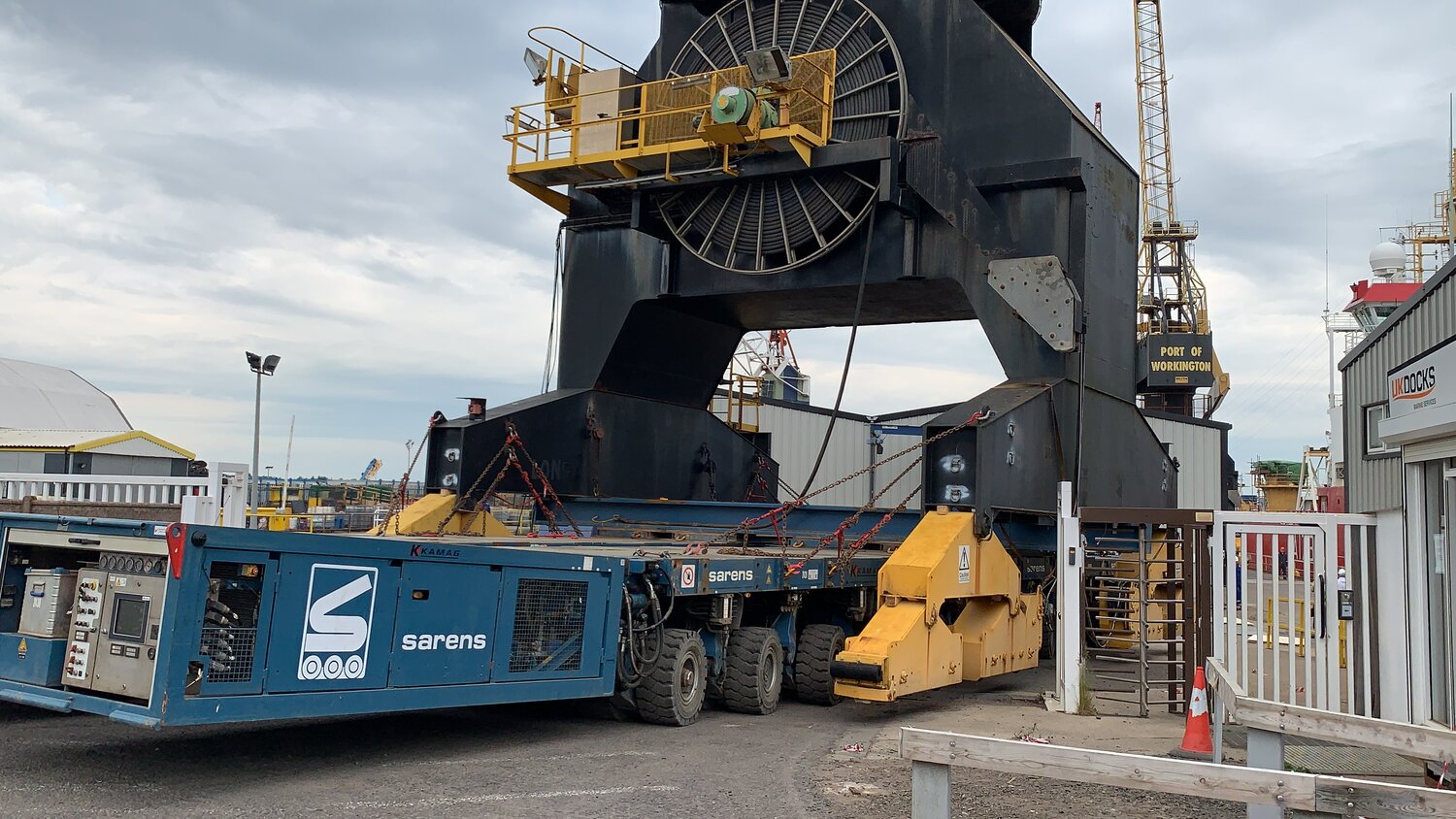 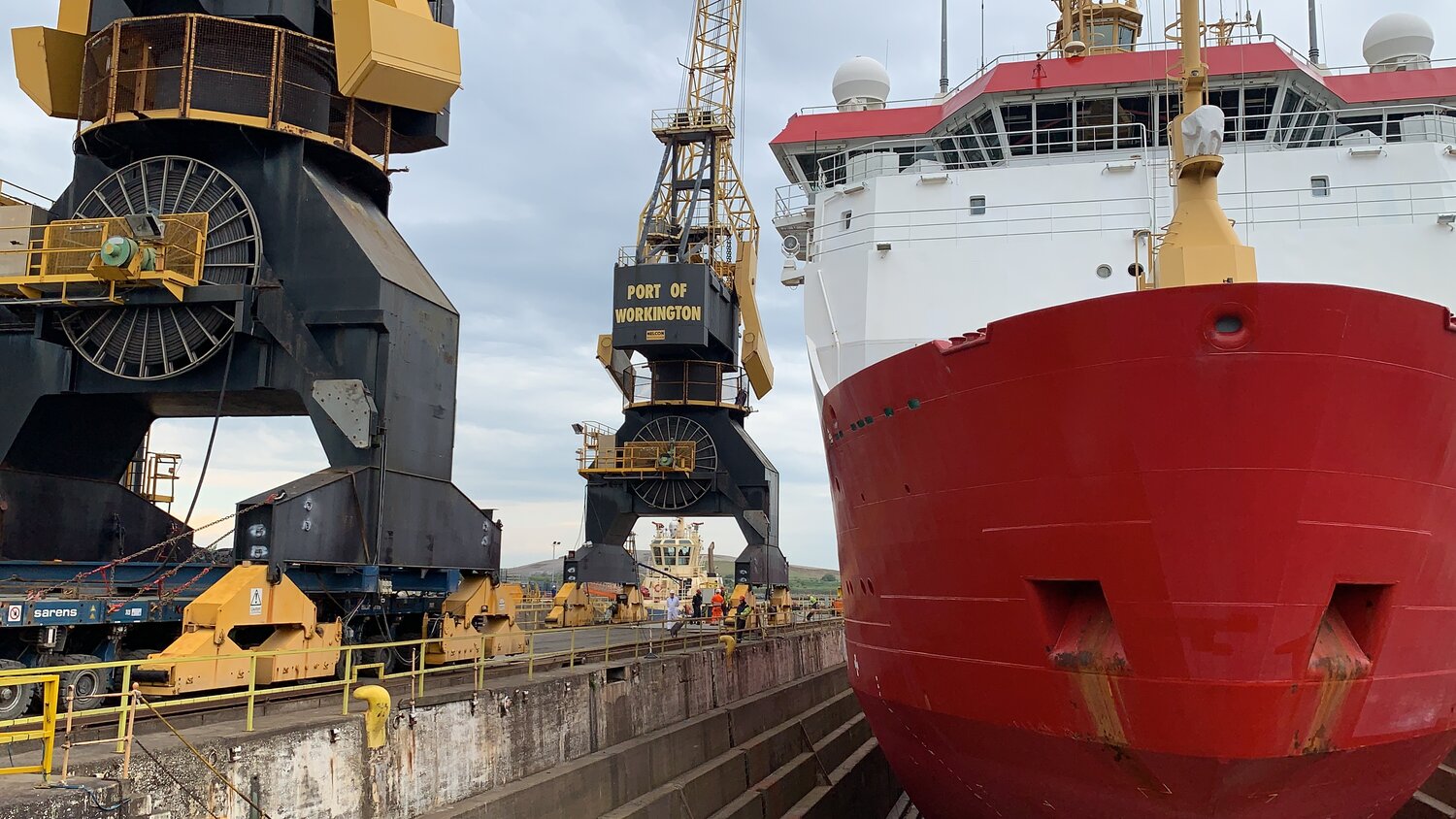 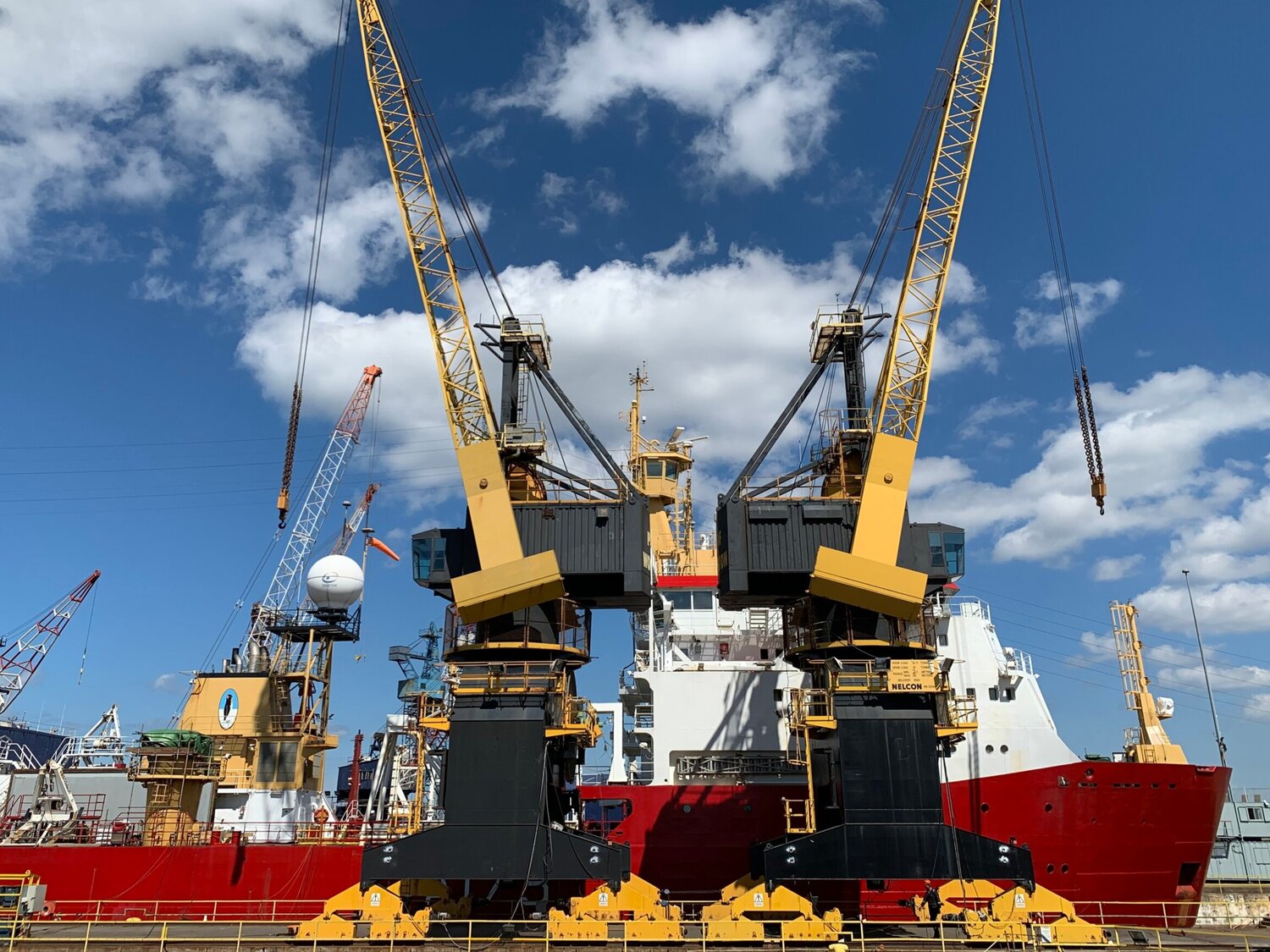 Green Day at the Tengizchevroil Site