An installation has been constructed on the Rozenburg Penisula in Rotterdam so that Heerema’s large vessels can shut down their diesel generators and switch to power from the wind turbines on the peninsula. This shore-based power installation will be commissioned in the first quarter of 2021. Eneco and the Port of Rotterdam Authority, united in Rotterdam Shore Power BV, have now made arrangements with Vopak Europoort to conduct a feasibility study for the use of shore-based power at this terminal.

Vopak Europoort is located on the opposite side of the Calandkanaal of Heerema’s berth. A study is therefore being conducted to establish whether and how the installation that now stands on the peninsula can also be deployed for Vopak Europort terminal where large tankers berth. Connecting vessels of this kind to shore-based power poses several significant technical challenges and is therefore hardly done anywhere else in the world. It is hoped that the feasibility study that Vopak and Rotterdam Shore Power are currently conducting will find effective technical and commercial solutions to these challenges and that they may set an international standard.

Vopak and Rotterdam Shore Power’s study focuses on safety as well as the project’s technical and economic feasibility: what is needed to realize it, how much will it cost and how much will it yield? The study will be completed in the summer of 2021.

Timo Spaninks, Managing Director of Vopak Europoort: ‘We are very excited about working with our partners on developing the concept. This could result in significant reductions in emissions at ports.’ 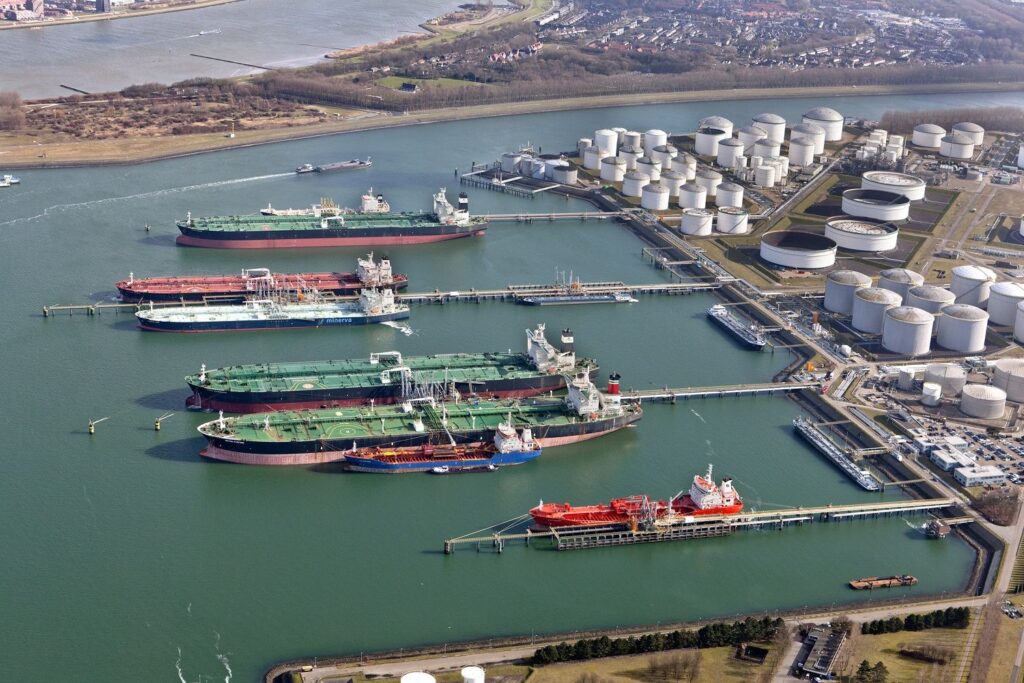 The Vopak Europoort Terminal opposite to the Heerema Berth on the Calandkanaal. Photograph courtesy of Vopac