Robert Wynn & Sons heavy lift barge the Terra Marique has recently completed the successful shipment of two 400/220kV Super Grid Transformers each weighing 180t. The cargo was loaded at the Port of Sunderland and then travelled the short distance, less than 100 nautical miles (185km), up the east coast of the UK and discharged at Torness Power Station berth.

The Terra Marique had been chartered by Collett & Sons Ltd who were responsible for the management of the project including the onward carriage of the transformers by road to site.

The transformers are destined for the onshore connection for the Neart na Gaoithe  an offshore wind farm which is located 15.5km off the Fife coast.

The Terra Marique was specifically designed to work on purpose built ro/ro berths, such as Torness, which are located at a number of current and former power generation sites around the UK. The use of berth at Torness power station significantly reduced the road miles that would have been travelled had an alternative conventional port been used. 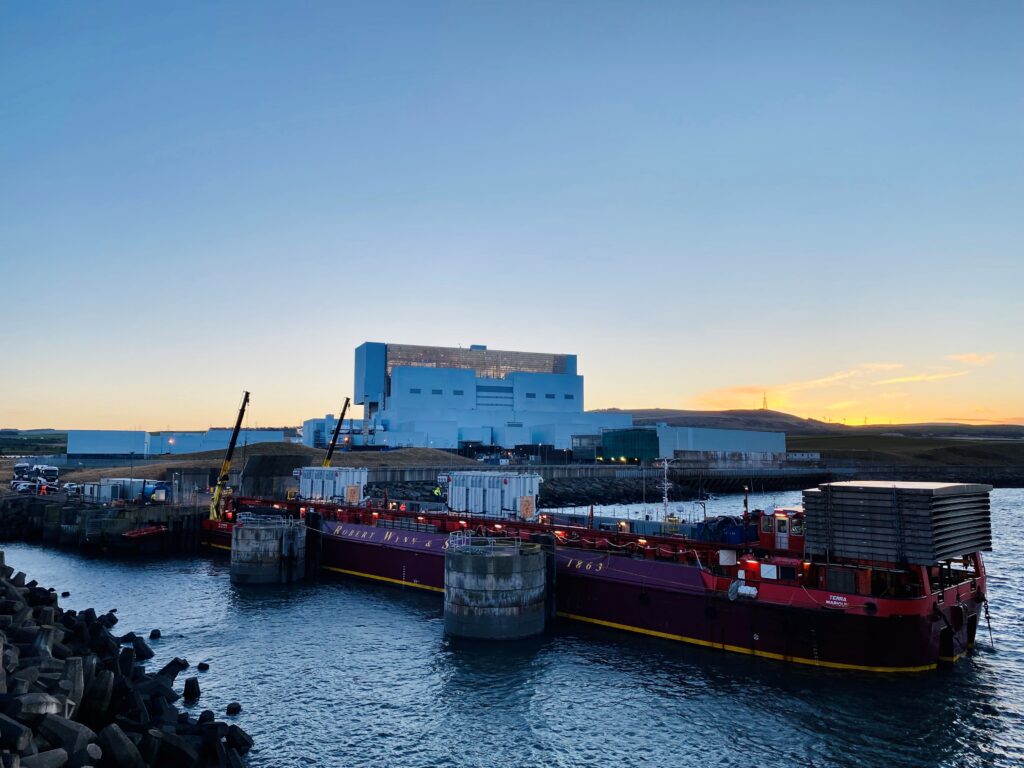