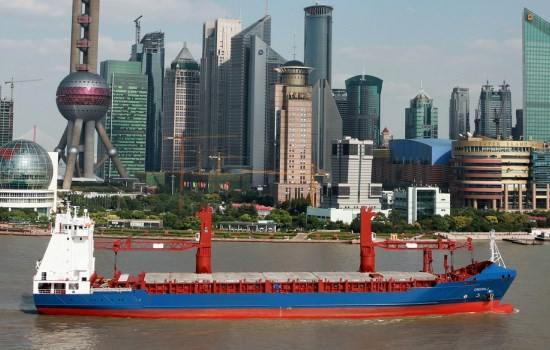 The fleet, which is divided into two classes, consisting of six 8,000tdw and four 10,000tdw vessels, was built at the Portuguese shipyard Estaleiros Navais de Viana do Castelo S.A. (ENVC) between 2006 and 2010 for Jüngerhans.

The German rederei has stated that the debt financing for all ships was originally provided by a bank whose stated aim was to clean up its loan book for all of its ship financing. Several attempts by the bank to reduce their portfolio, including a loan sale of a cross-customer portfolio of over 40 ships, could previously not be implemented.

Jüngerhans, based in Haren on the River Ems, near the German-Dutch border, had meanwhile relentlessly pushed for a solution fo their own for this fleet. Fianally, at the turn of the year 2019/2020, a commercial agreement was reached on the replacement by the bank.

This transaction should have been implemented in the spring of 2020. The equity required for this had been signed by the shareholders and paid into a trust account. However, the loan approval, which was still subject to a board decision, was not redeemed because the bank’s responsible credit committees had suspended all credit decisions for several weeks caused by the lockdown in the wake of the emerging corona pandemic.

As a result, the transaction began to falter and the bank now forced a gradual realization of the ships. In the course of further negotiations, however, it was possible to attract two regional banks for the financing. Together with the newly contributed equity, the technically high-quality vessels are facing a market level that is currently rising again in an economically significantly improved situation.

Thanks to new financing, the Jüngerhans heavy lift fleet is now again financially sound and well positioned for the future.