The 15 millionth container arrived on the Maasvlakte on Wednesday 22 December. This is a new European record for the port of Rotterdam. Never before has a European port transhipped so many containers in one year.

It has been an eventful year. The role and relevance of the port and the logistical chain has never been so visible as in the past year. Despite the pandemic, the impact of the blockage in the Suez Canal and the other disruptions that have affected container transport, the port of Rotterdam closed the year with a transhipment record.

Last week, the city celebrated this happy event and the Erasmus Bridge was coloured blue and yellow, the colours of the Port Authority. The Euromast was also coloured blue and an animation was projected onto the KPN building to highlight the container record. In this way, we want to thank all the market parties that made this record possible. 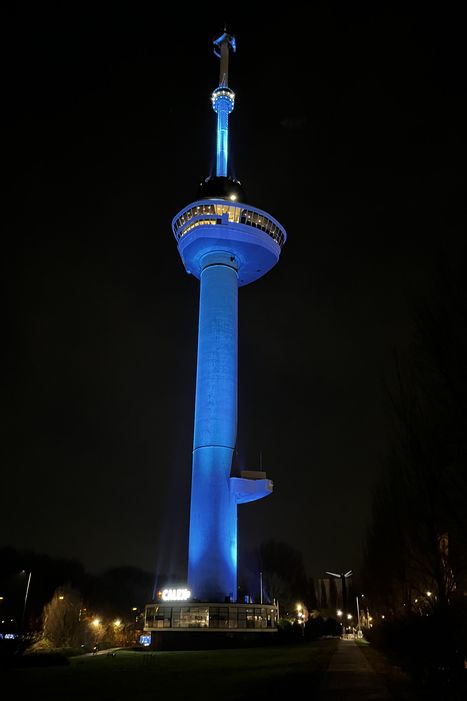