Hinkley Point C has released images of its latest spectacular engineering achievement – the precision placement of a 5,000t intake head on the seabed of the Bristol Channel.

The structure is the second of four “intake” heads being connected to 5 miles of tunnels, which will supply Hinkley Point C’s two nuclear reactors with cooling water. The two “outfall” heads have already been lowered into position.

The work to install the system is regarded as one of the world’s most complex marine engineering projects – as the Bristol Channel has the second highest tidal range on the planet.

Each intake head, at 44m long and 8m high, is being lifted into position by two floating cranes named “Gulliver” and “Rambiz”, working in tandem. Their platforms are the size of football pitches and have a combined lifting capacity of 7,300t.

The heads have been built by Balfour Beatty in Avonmouth, Bristol, and are being transported to Hinkley Point C on barges. The lifting at sea, carried out by the marine construction specialists, NewWaves Solutions, takes several days, due to each step taking place within 6-hour tidal windows.

Hinkley Point C is the first power station in the Southwest to have fish protection measures in place, including the low velocity heads, a fish return system, and screens. The heads are accurately placed sideways to the tidal flow with a very high degree of precision. This helps prevent fish entering the cooling system and the size of the intakes heads slows the flow of water on either side, allowing nearby fish to swim away.

The work to install all six heads will continue into the early autumn.

The video is linked below these photographs 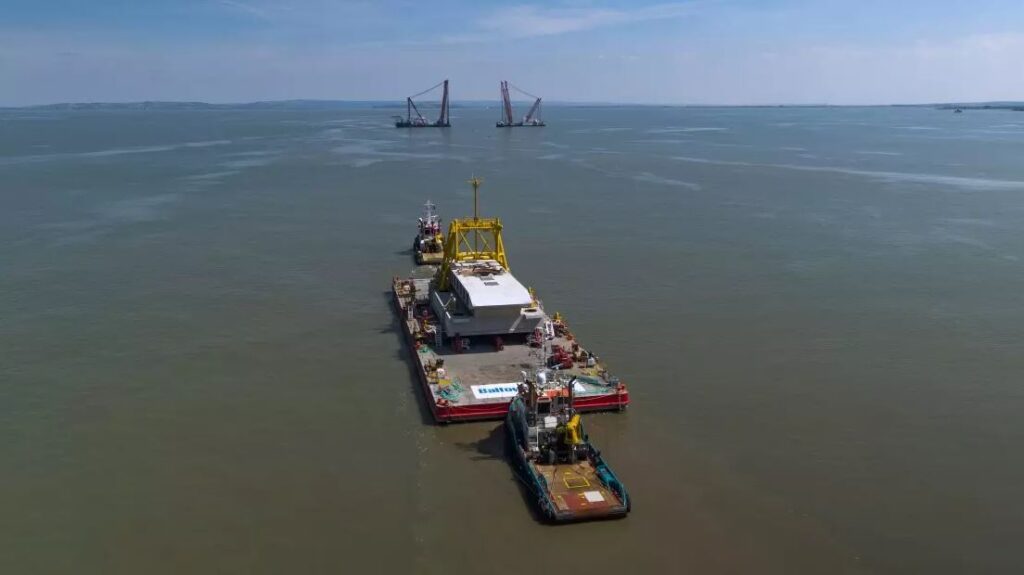 One of Hinkley Point C’s intake heads as it is towed into the Bristol Channel to join “Gulliver” and “Rambiz”. These floating cranes are the size of football pitches and have a combined lifting capacity of 7,300t. 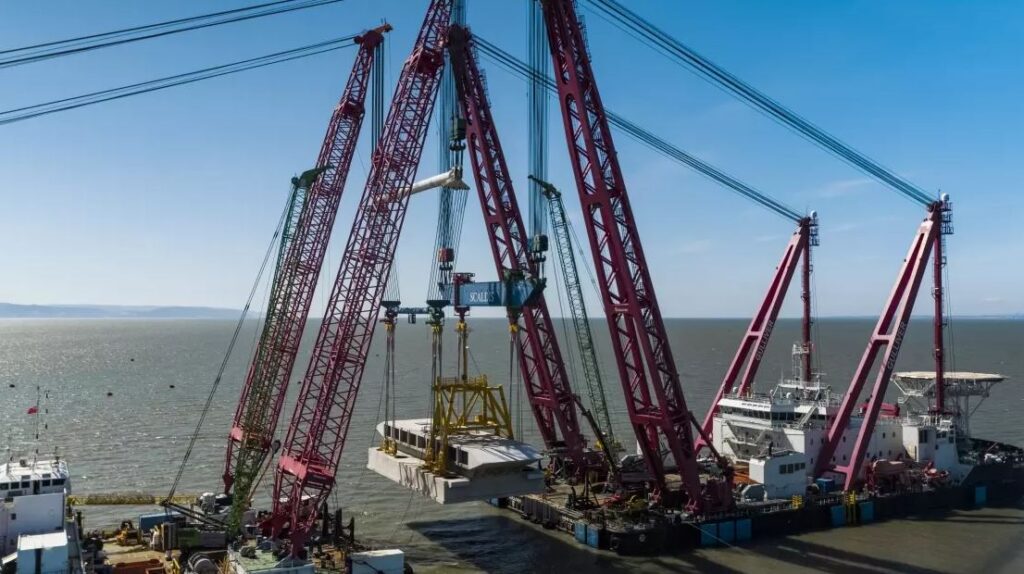 The second 5,000t intake head as it begins to be lowered into the Bristol Channel. The moment represents the latest spectacular engineering achievement at Hinkley Point C. 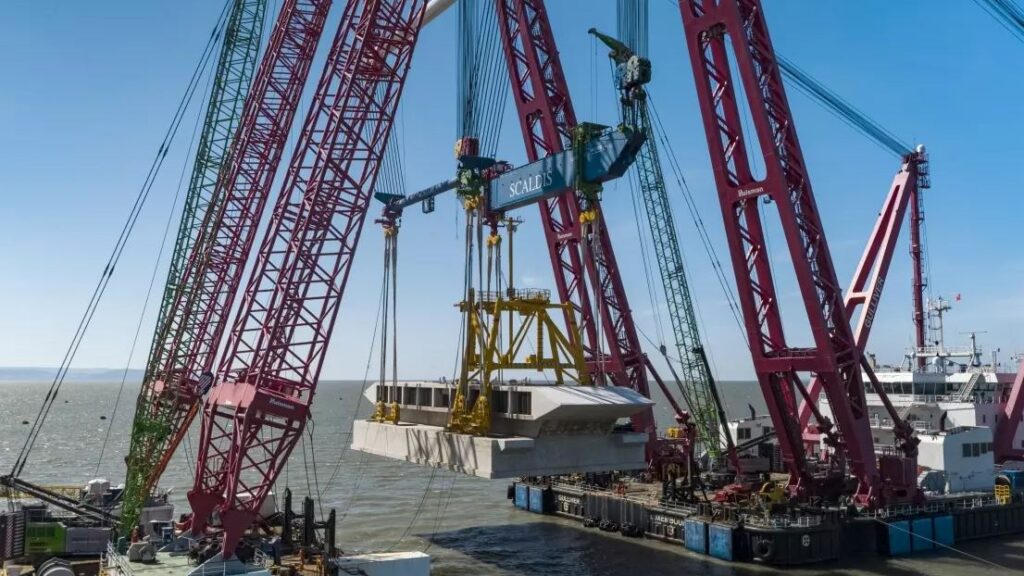 In a major milestone for Hinkley Point C, the work to install the intake head regarded as one of the world’s most complex marine engineering projects. 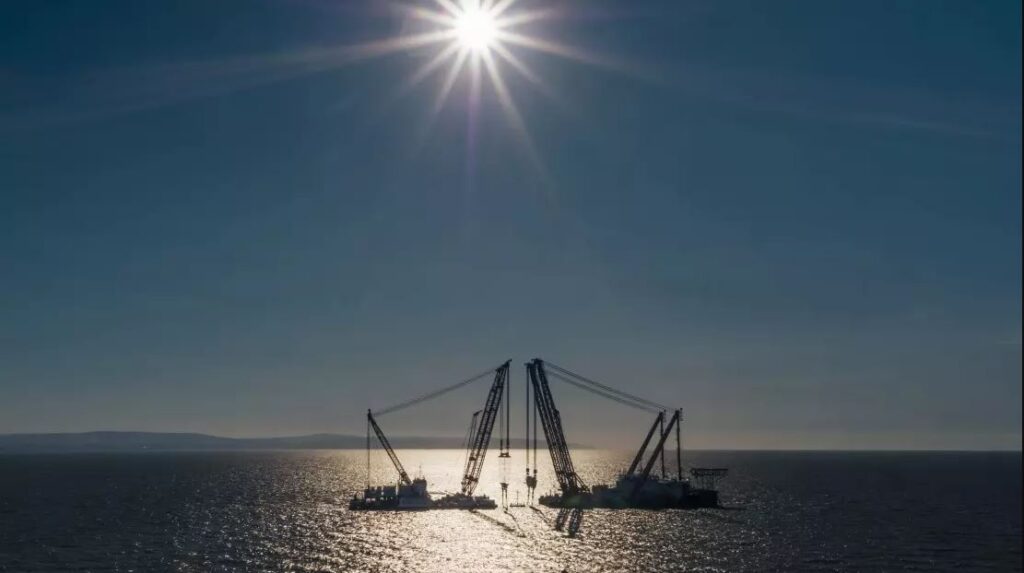 The second 5,000t intake head as it is lowered into position in the Bristol Channel. Each intake head is 44m long and 8m high.

One of the four “intake” heads on the barge as it is towed into the Bristol Channel. The yellow painted metal structure on the intake is the lifting frame which will be disconnected and removed on completion of the installation.

Collett Delivers the Largest Crane in the World

After a week of bad weather the Rambiz has returned to the salvage site where diving operations have restarted and will so reamin as long as the weather allows.