Rahlf-Krane’s new LTM 1160-5.2 replaces an LTM 1130-5.1 and significantly strengthens its fleet. Alexander Rahlf, the second-generation head of the family business, explains: “Apart from its enormous lifting capacity, the fact that the LTM 1160-5.2 is only 2.75m wide was a decisive factor in our decision. It is the only crane in its load class on the market with this width. This is a big advantage for us, because the roads in our rural region are often very narrow.” 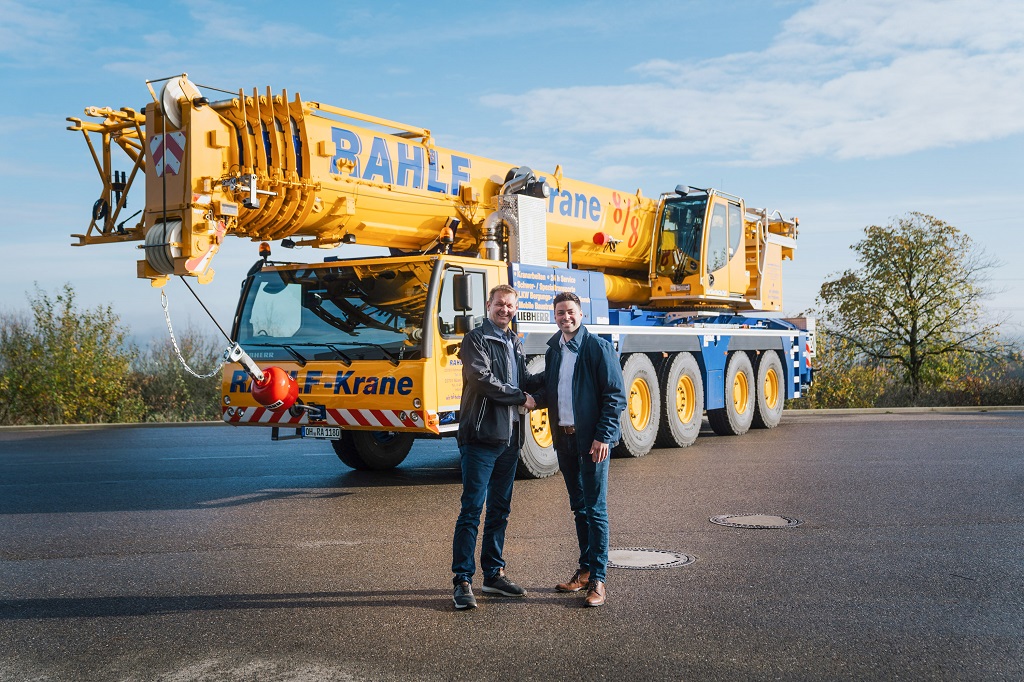 Rahlf opted for the “UK counterweight variant”, which Liebherr initially developed for the special axle-load requirements in the UK. However, the entrepreneur also believes this has advantages for the company’s standard driving condition with a 12t axle load: “The 3.5t base plate can be carried on the crane. We can transport the remaining 50t of counterweight on two permit-free standard trucks. For many crane jobs, one truck is enough. This enables us to cover the previous 130t range.”

“We laid the foundation eight years ago with a Liebherr LTM 1070-4.2, with the – at the time – innovative VarioBase ® Variable Supporting Base. Since then, we have bought one new Liebherr mobile crane each year. As all these cranes have a uniform operating concept, we can flexibly deploy our drivers on the different types,” explains Rahlf. “The sales and customer service at Liebherr is competent and reliable. Moreover, we feel in good hands at Liebherr, like part of a big family.”

Rahlf-Krane lifts a boat into the water with an LTM 1100-5.2 on the island of Fehmarn.