Port of Rotterdam Calculates Impact of Sanctions on Russia

The conflict in Ukraine has prompted the European Union and other bodies to impose a number of sanctions on Russia. The extensive import of energy (crude oil, oil products, LNG, coal) is not (yet) affected by sanctions, but the export and transhipment of containers in particular suffers from the uncertainty caused by the conflict and the sanctions.

Of the roughly 470 million tons transshipped through the port of Rotterdam, 62 million tons are oriented towards Russia (13%). Large amounts of energy carriers are imported from Russia via the port of Rotterdam. Currently this comes to roughly 30% of Russian crude oil, 25% of LNG, and 20% of oil products and coal. Russia exports products such as steel, copper, aluminium and nickel via Rotterdam. This is not yet covered by the trade restrictions announced by the European Union.

It is currently unknown what the developments in Ukraine will mean for these flows in the coming period.

Barely 10% of Rotterdam’s container transport is linked to Russia. The European Union has prohibited the export of a number of goods that can be used for both civilian and military purposes (dual use). That means container cargo with Russia as its destination will receive extra Customs inspections.

The uncertainty (what exactly is covered by the sanctions, how quickly will Customs release containers for export, how is the conflict developing, how big are the payment risks etc.) means that various container terminals and shipping companies have decided not to accept or handle any containers with destination Russia at the moment.

The imposed sanctions, combined with their unknown impact on day-to-day operations or the development of the situation in the coming days, is causing uncertainties for many businesses. As a result, companies will also make individual choices on how to handle Russian cargo, as several container terminals and shipping companies have already done.

As far as cybersecurity of businesses is concerned, port of Rotterdam has FERM. The purpose of FERM is to encourage cooperation between companies in the port of Rotterdam and to increase awareness of cyber security risks. Currently, FERM has reported that the NCSC has not yet had any concrete indications of cyber attacks impacting the Netherlands in relation to the war in Ukraine.

The Rotterdam Port Authority has not independently drafted any policies of its own in response to the conflict in Ukraine. Nor does the Port Authority have the authority to do something like impose restrictions on businesses. This is the responsibility of the Dutch government. The Port Authority supports the policies of the Dutch and European authorities. International rule of law and the right to self-determination of countries are essential values and therefore not open to question. 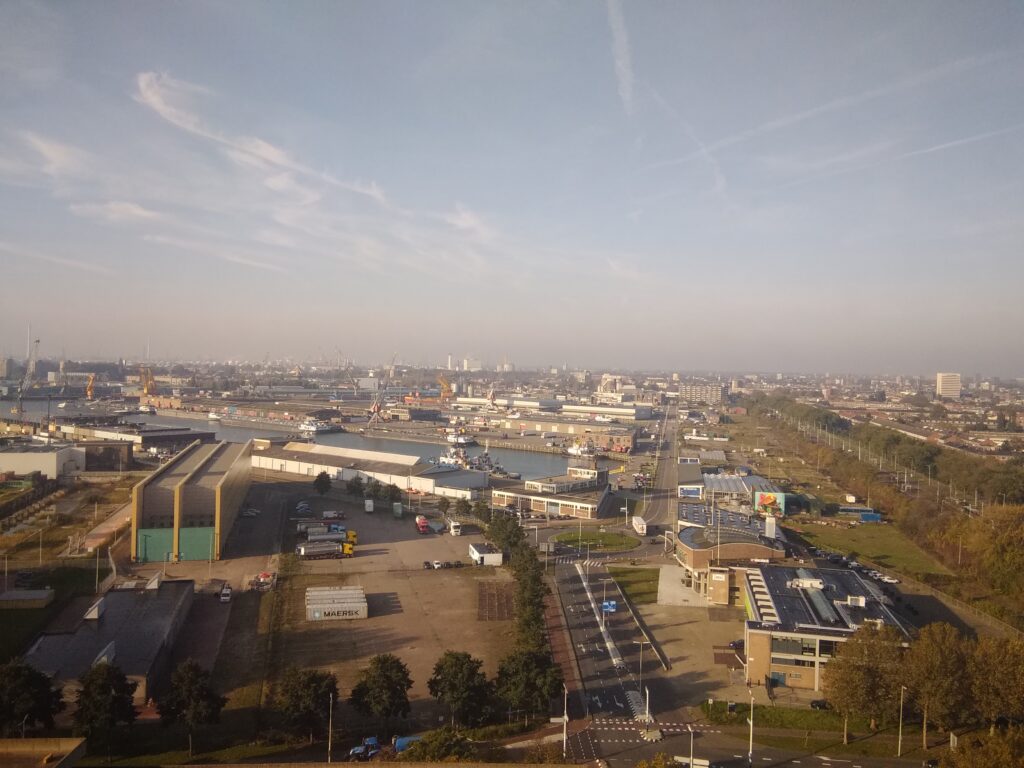 Featured Title photograph :   The Port of Rotterdam from the HeavyLiftNews.com office

Source The Port of Rotterdam

Heavy Lift to Grow in Rotterdam