On Monday, 13 July, Hamburger Hafen und Logistik AG and Hafenbetriebsgesellschaft Braunschweig mbH (the Port of Braunschweig’s operating company) signed an agreement in Braunschweig’s town hall to begin a strategic partnership. The goal is to promote environmentally friendly inland waterway shipping in hinterland container transport between Hamburg and the inland port in Lower Saxony. 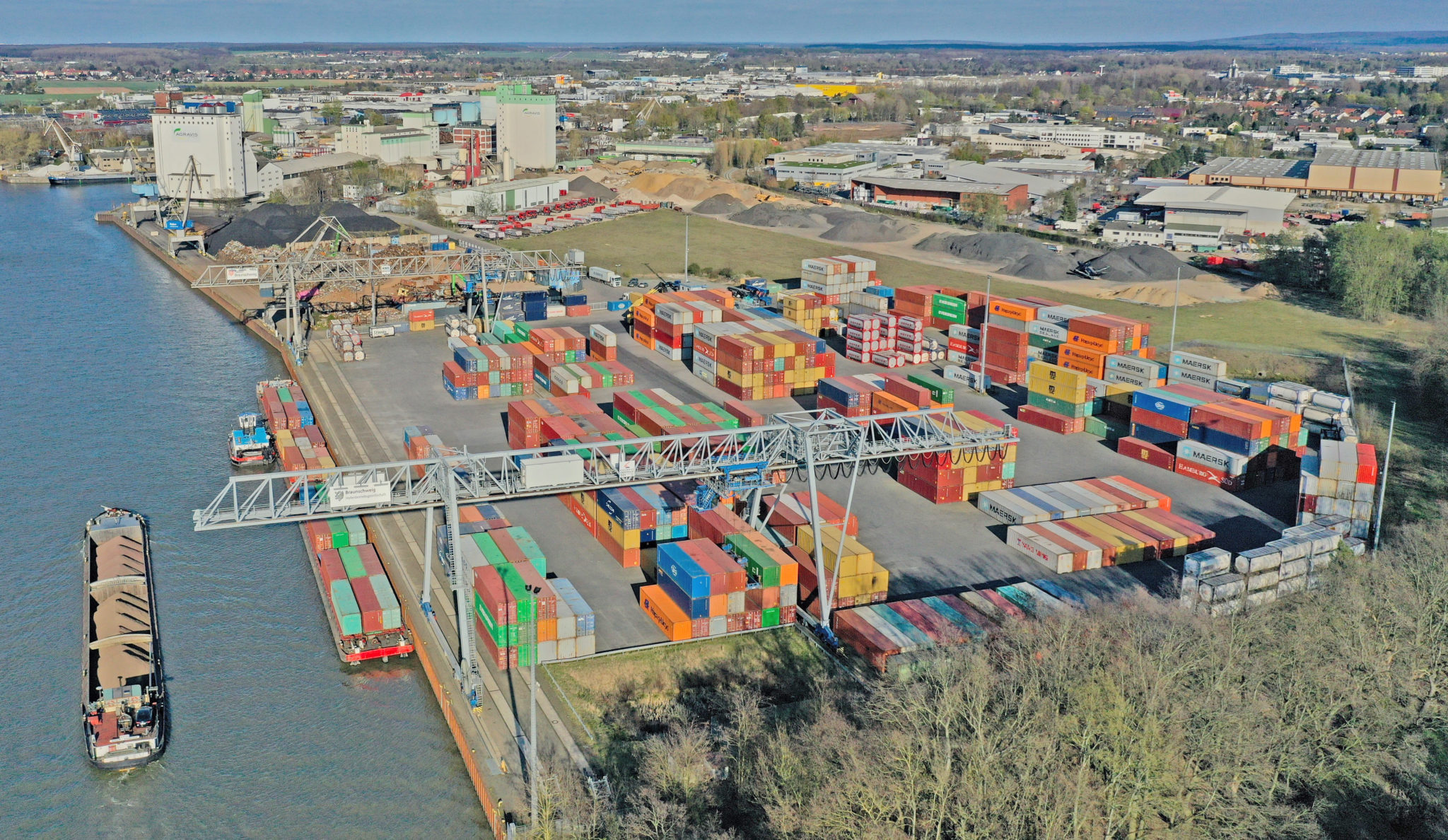 The inland port of  Braunschweig

The Port of Hamburg is the largest rail port in Europe, and rail-based hinterland traffic is one of its particular strengths. However, this competitive advantage often cannot be utilised on short routes. The distance between Hamburg and Braunschweig, approximately 180 kilometres, is too short for the train. Inland waterway shipping is an attractive alternative to truck transport on this route. Transit time via the waterway is approximately 24 hours.

“Hamburg and Braunschweig have excellent connections via the river Elbe, the Elbe Lateral Canal and the Mittelland Canal,” said HHLA Executive Board member Jens Hansen, responsible for operations. He pointed out that 70,000 standard containers were moved between Hamburg and Braunschweig via the waterway last year, saving approximately 40,000 truck journeys. “In order to shift additional transport volume to environmentally friendly inland waterway carriers, we want to work together with the Port of Braunschweig to develop new transport concepts for companies interested in forwarding goods,” said Hansen. This will relieve the burden on roads and reduce CO2 emissions at the same time.

“We currently offer seven inland waterway departures between Hamburg and Braunschweig per week,” reported Jens Hohls, managing director of Braunschweig’s port operating company. “This traffic must run reliably. Our strategic partnership with HHLA is therefore particularly important to us.”

This strategic collaboration with an inland port is a first for HHLA. Hansen has announced that additional ones shall follow; the company is already conducting discussions with further inland ports in the hinterland of the Port of Hamburg.

The Port of Hamburg is not only the largest seaport but also the second-largest inland port in Germany. Approximately 10,000 inland vessels call each year at the terminals in Hamburg. Since 2012, the annual volume of container traffic reaching or leaving the Port of Hamburg by inland waterway vessel has grown by 50 percent to approximately 140,000 standard containers.

Changing Conditions Challenge the Start to 2020 for HHLA