On the construction site for the Dos Bocas Refinery (Tabasco, Mexico), the Mexican heavy haul company PESADO Transport moved all the precast concrete pipe racks to their final locations in record time. In addition to the typical obstacles and confined space for maneuvering of any construction site, the changeable weather conditions of the coastal location near the port of Dos Bocas also had to be considered. For safe and reliable handling of the 650 heavy and oversized components, with a total weight of more than 105,000 tons, the Mexican transport experts assembled three different heavy-duty combinations of THP/SL modules from their extensive Goldhofer fleet. With Goldhofer’s tried-and-tested transport technology, PESADO took just four months to move all the precast concrete elements to their designated locations, where cranes were used to lift them into their final positions.

Whenever reliable transportation and punctual delivery of the heaviest loads are called for in Mexico, the PESADO heavy haul company is always a logical choice. The experts at PESADO, which was formed in 2012 from the construction company ESEASA Construcciones, have long years of experience in transporting heavy and oversized loads – especially in difficult off-road conditions. This also applies to the construction site for the Dos Bocas refinery, which is scheduled to come on stream in 2022 after a three-year construction period in order to reduce Mexico’s dependence on fuel imports. The refinery is owned and will be operated by the state-owned petroleum and gas company Petroleos Mexicanos (Pemex).

In order to meet the tight schedule for the installation of the concrete racks for the piping systems, PESADO’s experts chose three differently configured THP/SL combinations: a 16-axle and a 10-axle parallel combination, each with a width of 6.3 meters, for the 705.5-ton and 441-ton concrete elements respectively plus a 12-axle combination for the 246.5-ton components. “Flexibility is always called for when it comes to safe, fast and economical transport operations on construction sites. The key is to handle the maximum number of journeys with the minimum number of vehicles. Goldhofer’s THP/SL modules can be configured end to end or side by side and so offer almost unlimited options for handling challenging loads. That makes them a reliable solution for us when it comes to meeting demanding project deadlines,” says J. Dolores Coronado, Project Manager at PESADO.

The refinery now under construction in Tabasco, Mexico, just three kilometers from the port of Dos Bocas, has a design capacity of 340,000 barrels per day (bpd), including 170,000 bpd of petrol and 120,000 bpd of ultra-low sulphur diesel. This will make it the biggest refinery in Mexico. Commercial production in this efficient refinery is scheduled to commence in mid-2022. 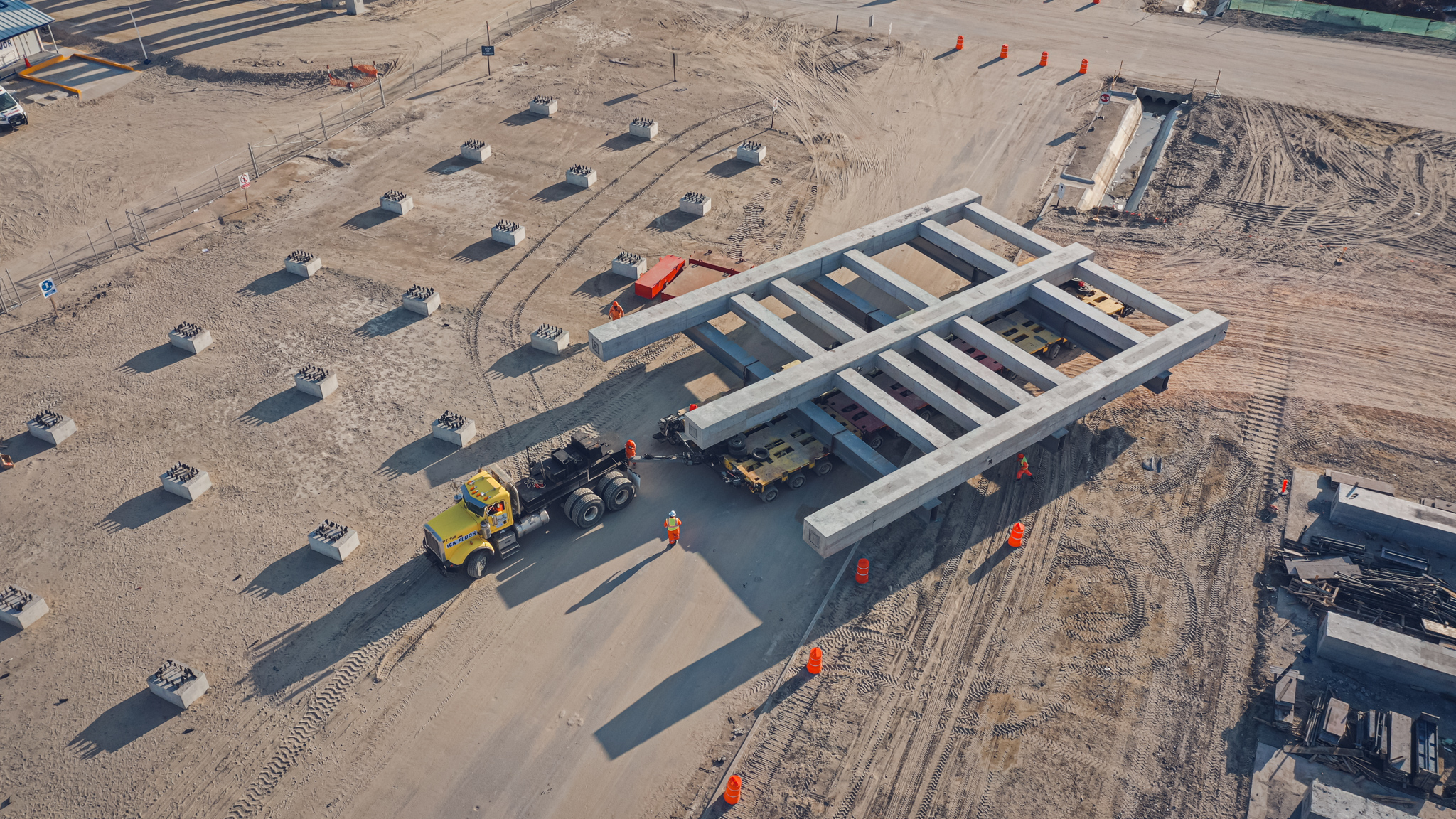