In a press statement released this morning Mammoet announced that they have started an investigation into the possible violation of its intellectual property rights by Huisman and BMS.

The statement continued, “The investigation concerns the recently announced series of land cranes, including a 3000-ton ring crane, by Huisman and BMS.

If any violations are apparent, Mammoet will take steps to actively enforce its legal rights in any and all applicable jurisdictions.

As the global leader in heavy lifting and transport, Mammoet drives innovation in the industry. This includes major developments such as SPMT trailers, hydraulic skid systems, Mega Jack series and containerized (ring) cranes.

This innovation is one of the foundations of Mammoet’s business and therefore any violation of its rights, including its intellectual property, will be pursued via legal enforcement.”

The Mammoet press statement was accompanied by the photograph of the Mammoet SK350 crane, posted below, alongside of the computer generated graphic portrayal released by BMS Heavy Cranes in January and posted on heavyliftnews.com on 6 January 2022. 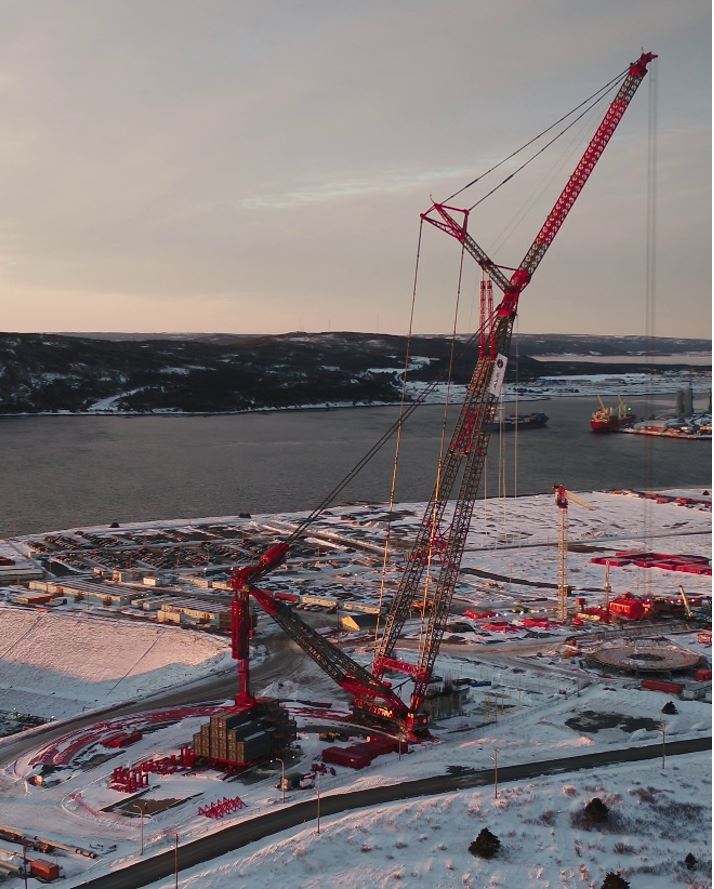