Crane rental contractor H.-J. Nolte Auto-Krane based in Hanover travelled almost 450km recently, to the German-Polish border region with two Liebherr LG 1750 cranes for the modification of a large crane system at the ArcelorMittal steelworks in Eisenhüttenstadt.  These powerful lattice boom mobile cranes had to hoist a gantry crane to enable a second gantry crane to be rolled past underneath it. The total gross load case for the tandem hoist was 620t.

As part of an upgrade at the converter steelworks operated by steel manufacturer ArcelorMittal in Eisenhüttenstadt, a heavyweight modification had to be completed to a large gantry crane system. The position of two cranes for transporting so-called ladles, giant containers for annealing pig iron, had to be swapped as a result of the fact that they had suffered different levels of wear.

Jürgen Peters, who planned the job for Nolte Auto-Krane at the steelworks, took two of the three large Liebherr LG 1750 lattice boom mobile cranes from the company’s fleet to handle the hoisting work. The cranes were each set up with a 70m main boom and derrick boom, equipped with 460t and 470t of ballast and positioned on either side of the crane track, which was around 30m off the floor. The operator console and trolley system for the gantry crane had to be removed before the tandem hoist could be tackled. “The preparations on the gantry crane required a great deal more time than we thought,” says Peters, “but we nevertheless managed to complete the work during the scheduled converter downtime.”

The two red lattice boom craned were not able to hoist the gantry crane out of the rails and lift it around ten metres into the air until around midnight, several hours later than planned. After the second crane had been moved under the load, the two crane operators from Nolte had to lower the load carefully onto the crane rails. Changing the positions of the two gantry cranes will ensure that the whole system has a longer service life. The crane which has previously been exposed to higher loads will be exposed to lower stresses in its future position, and vice versa. 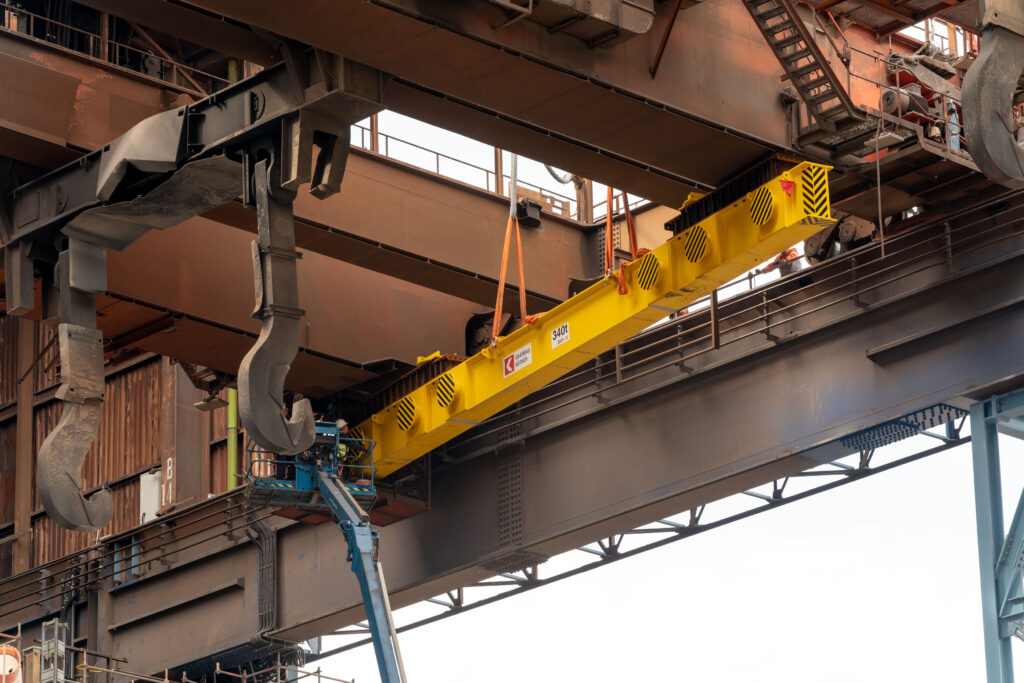 ArcelorMittal manufactures high quality flat steel bars in Eisenhüttenstadt for the automotive and household appliances industries. The Brandenburg steelworks currently employs around 2700 people. The ironworks and the neighbouring town for the workforce were originally founded in 1950 with the name Eisenhüttenkombinat Ost. 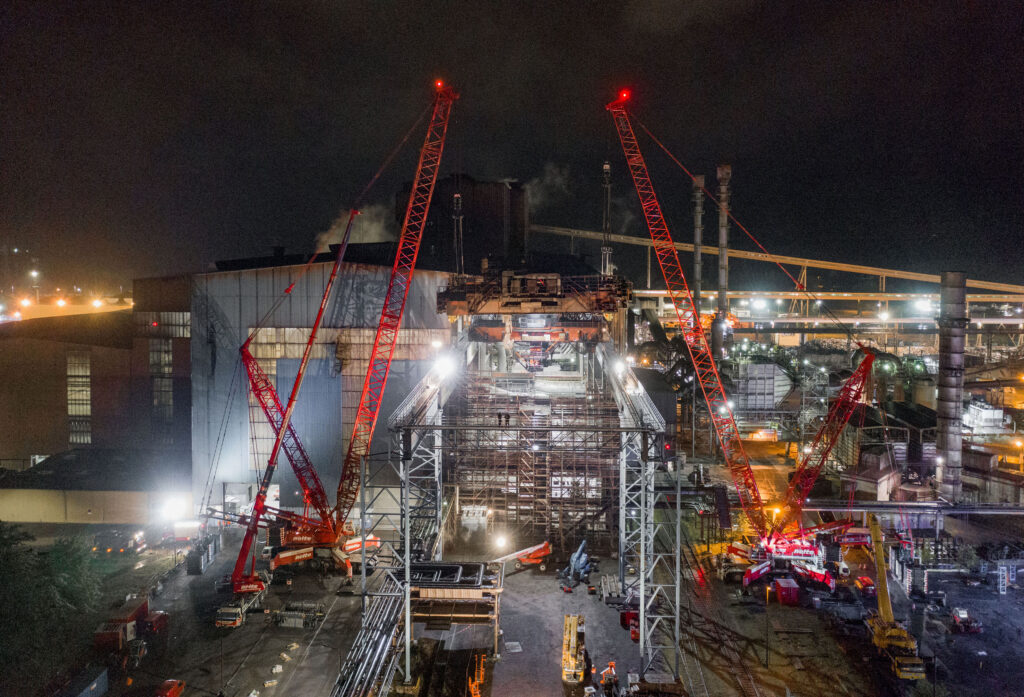 Midnight – finally the second gantry crane can be moved under its twin after the latter had been hoisted 10m into the air. Switching positions will give the whole system a longer service life. 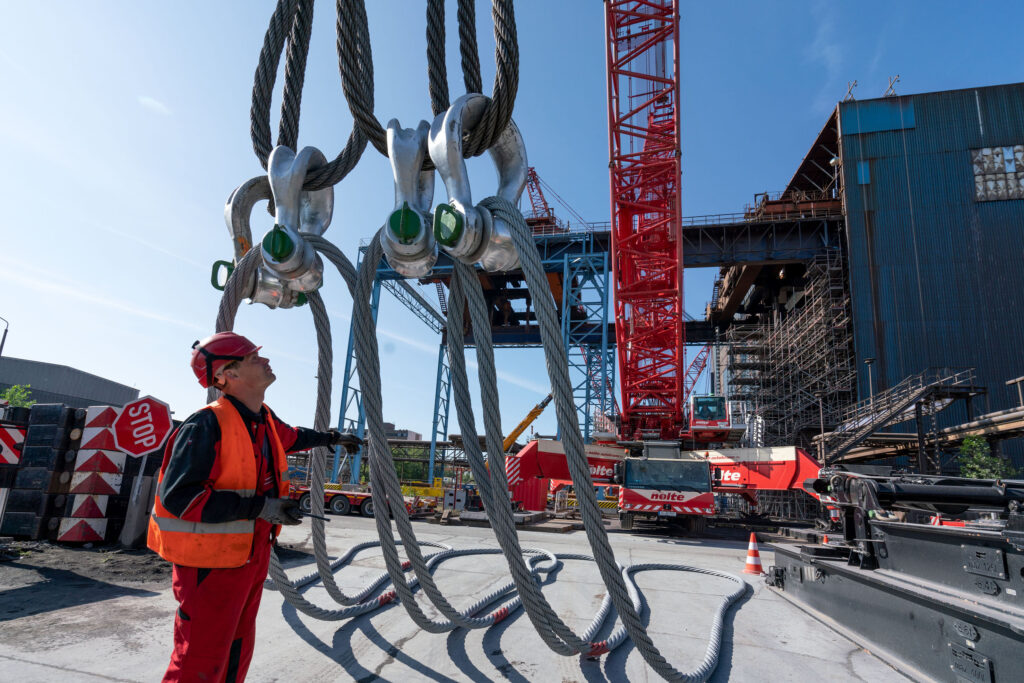 Powerful steel ropes, as thick as a man’s arm, and large shackles are checked before being fastened into place for the tandem hoist. The crane has arrived at port of Esbjerg, and Blue Water is acting as agents for the port call.