The Mineraloelraffinerie Oberrhein (MiRo) in Karlsruhe is preparing for its major scheduled turnaround in 2021. As part of this, the reactor head of the FCC plant is to be replaced and will be the largest single component lifted. The refinery turned to Mammoet for this project, thanks to its active participation in the project’s technical preparation, as part of an engineering study, and many years of trustful cooperation between the two organizations.

Before the project began, Mammoet’s engineering team was required to design and fabricate specialized transport saddles. These would allow passage through a narrow section of the route and ensured that the load could be set down and picked up again more easily when the transport configuration needed to be extended before entering the refinery.

At the end of October 2020, the 230t, 17m long and 9m diameter new reactor head reached the pioneer port in Karlsruhe by ship. Mammoet received the oversized heavy component by undertaking a ro-ro unloading operation with an SPMT combination of 2 x 10 axle lines.

Sören Müller, Project Manager at Mammoet explained, “As a result of delays in shipping, the SPMT phase had to be postponed several times. However, since transport via public roads was only possible on certain days and an important access road to the refinery could only be closed on weekends, we coordinated the deployment so that the time slot could be kept exactly on a weekend. This reduced the impact on plant traffic significantly.” 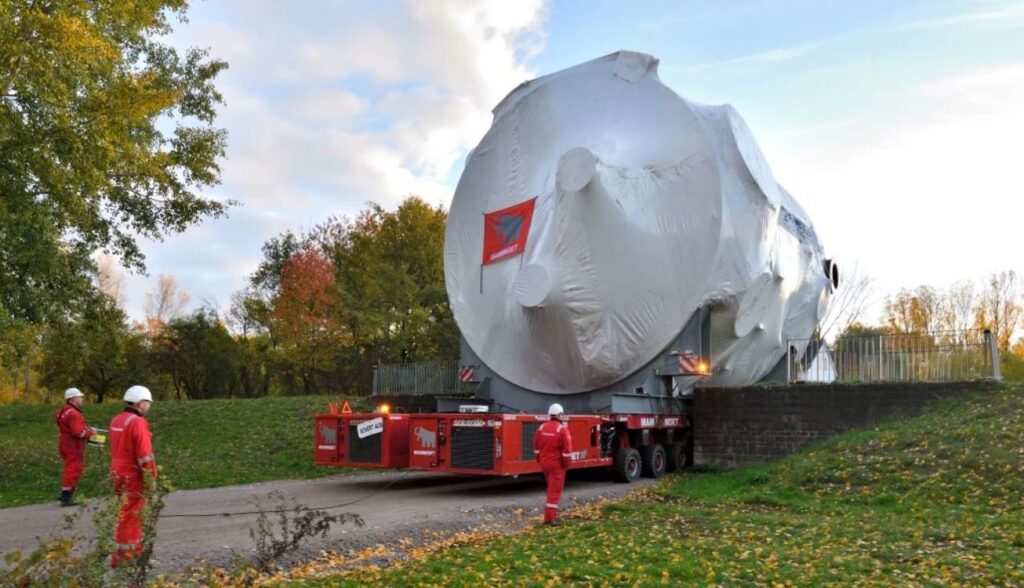 The reactor head was then transported to the refinery via public roads for almost three kilometers. When leaving the port, the first challenge – a narrow tide gate – was overcome, as the custom-engineered transport saddles allowed safe passage through the gap.

Before entering the refinery, the transport configuration had to be extended to meet the maximum permissible axle loads of the bridges at the refinery. At a special conversion position, the load was set down hydraulically and the SPMT pair was extended to 2 x 24 axle lines.

In this way, the reactor head safely reached the pre-assembly position, where it was rotated by 90 degrees in a complex three-crane lift and set down on the pre-assembly frame in an upright position. Here, the heavy components are being prepared and temporarily stored, ready for the shutdown. 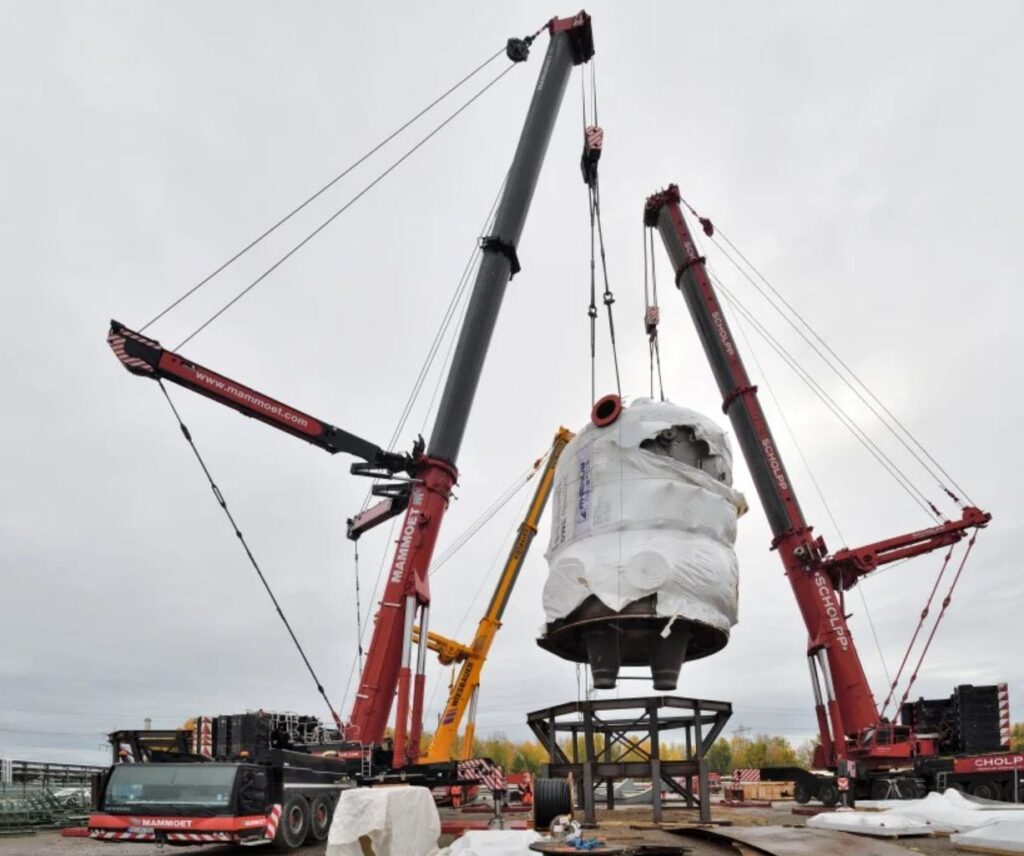 Müller continued “With our integrated heavy-duty solution comprising ro-ro unloading, heavy transport via public roads and the three-crane lift, we were able to successfully support MiRo in reaching an important milestone in the modernization project.”

Mammoet will replace the old reactor head with the new one using a crawler crane during the second phase of this project.