The construction of the Azeri Central East project’s Production, Drilling and Quarters (PDQ) platform, two modules – a Modular Drilling Support Module (MDSM) and Drilling Equipment Set (DES) – were prefabricated by Azfen J.V., a joint venture between Turkish EPC Tekfen and the State Oil Company of Azerbaijan (SOCAR), at their yard near Baku, ready for integration with the platform. 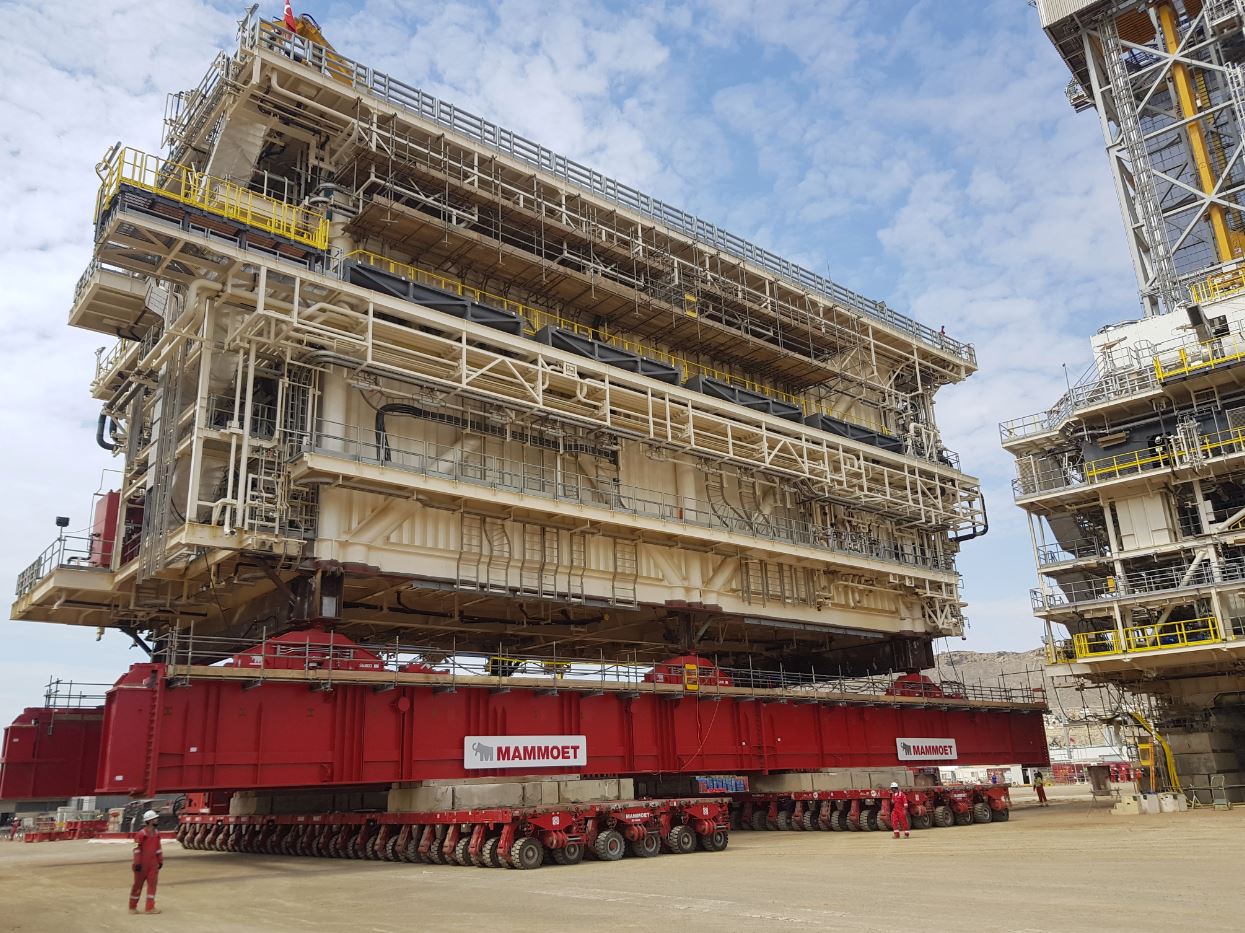 The integration started with the weighing of the MDSM module

Tommy Quik, Project Manager for Mammoet explains: “The combination of Mega Jack 800 with SPMTs and heavy skidding systems was perfect for the integration operation. The Mega Jack 800, with its significant lifting power and its small footprint, provided considerable stability to the base of the modules.

The integration started with the weighing of the MDSM module after which it was jacked up using Mammoet’s Mega Jack 800 system, so that two modular jacking beams could be moved underneath it. Mammoet’s heavy skidding system, comprising six 800t skid shoes and a skid track, was then installed on top of the beams. 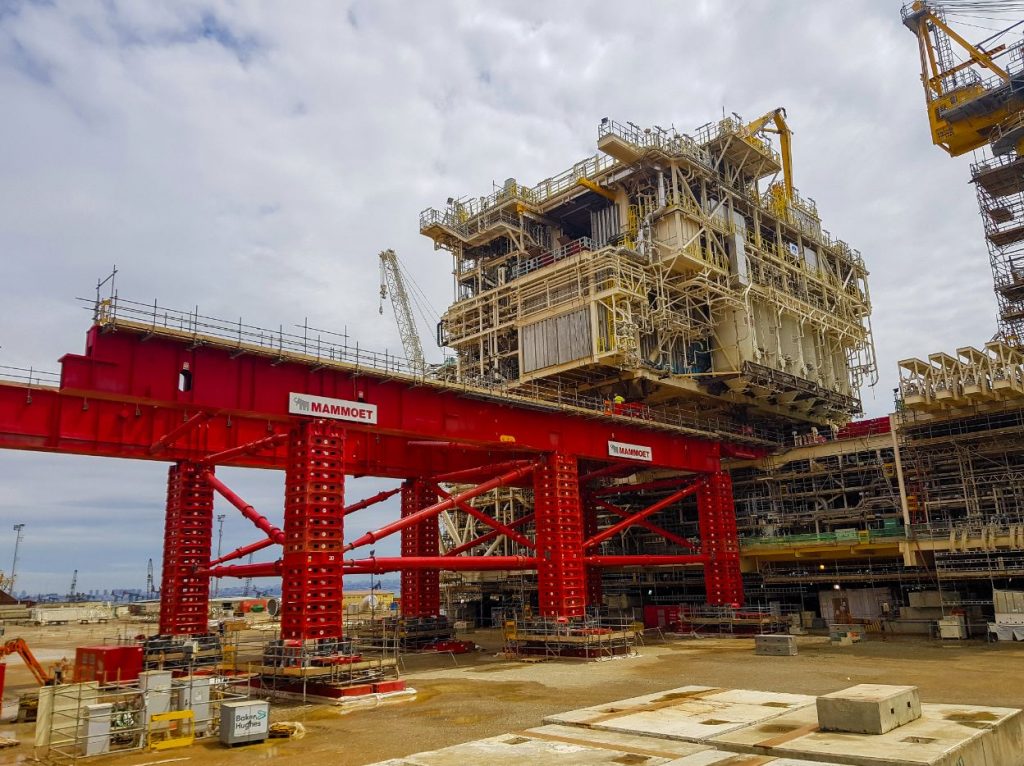 MDSM module skidded onto the platform

The complete combination was then placed on to 120 axle lines of SPMT, so it could be moved 100m across the site where it was jacked up to 15m to be skidded onto the platform.

An additional set of skidding equipment was then used to skid the module in a transverse direction, towards its final position. The module was then transferred onto hydraulic jacks for final set down. 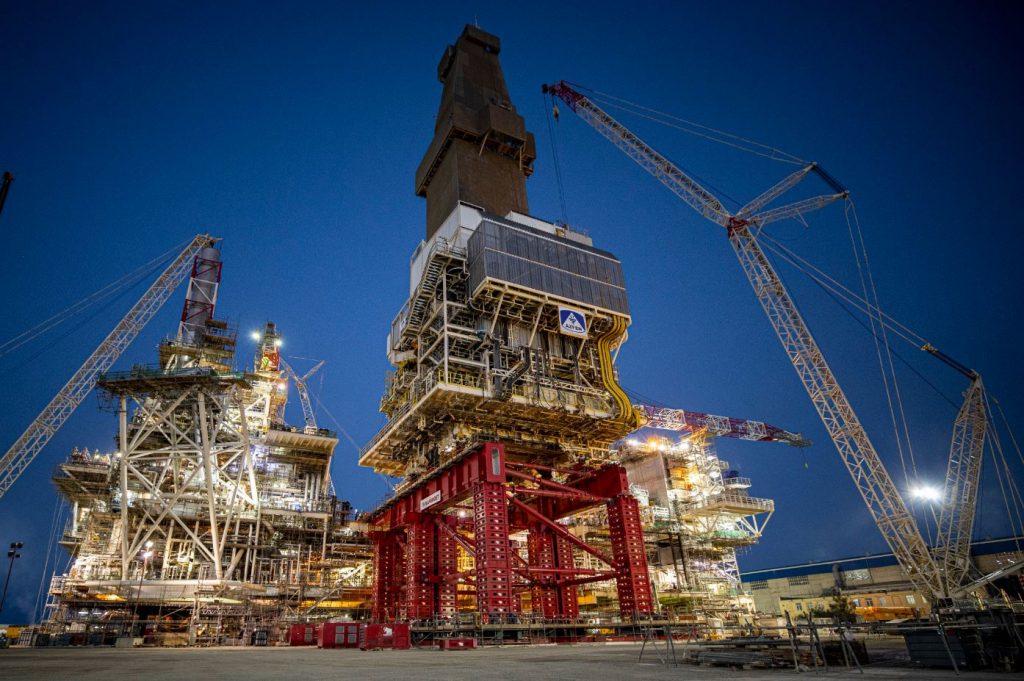 DES module ready to be skidded onto the platform

Once the operation was completed, the team returned to repeat the process with the DES module.

The scope was completed ten days earlier than projected, and with zero accidents or incidents: thereby contributing to the ACE topsides unit safety milestone of 10 million hours LTI free.

Mammoet will return for the final stage of the project, which will involve the jack-up and load-out of the complete PDQ platform (expected to weigh 20,750t). Mammoet’s largest jacking system – the Mega Jack 5200 – will be used for the operation, scheduled to take place in 2023.