The fifth stage from Riyadh to Al Qaisumah, on 7 January covered 662km, followed by a classification test of 456km. The trail included sand and dunes plus some faster sections, and the opening phase proved the worth of the navigators, as dozens of motorcyclists, cars and trucks took wrong routes that ended at dead ends in the first few kilometers. Martin said it was “a tough test,” with his truck finishing 12th.

The sixth stage, from Al Qaisumah to Ha’il on Friday was a total of 618km long, with an additional special section of 448km. In this last stage before the rest day the drivers encountered more sand and dunes as they raced through the Saudi desert.

However, Martin van den Brink and his team performed well to finish eighth and climb to seventh in the overall rankings. Martin commented, “Who knows what we’ll be able to try next week? But for the time being, we are very satisfied with our current performance.”

The second team of Mitchel van den Brink, Richard Mouw and Wilfred Schuurman came to a stop 12km after the start of the stage following a broken steering pump. After a lengthy delay and repair, the trio were able to continue and Mitchel completed the sixth stage within the time limit and without further technical problems.

The seventh stage took the teams from Ha’il to Sakaka, with a classification test of 471km in the first part of this marathon stage. Speed and reliability were required for this stage and Martin van den Brink once again showed his team were able to pull that off, coming seventh and retaining the team’s seventh position overall.

The team’s plan of not taking any risks paid off, keeping them out of trouble on a route with a lot of sand, but also a lot of stones. Mitchel navigated the seventh stage steadily and finished in nineteenth position overall.

Overnight at Sakaka the teams have had to prepare their own vehicle for Monday’s stage (the second part of the marathon). “We still have a few hours of work tonight to check everything and get it in the right condition for Monday’s stage,” explained Martin on Sunday evening.

Yesterday, Monday, the teams tackled the next stage from Sakaka to Neom, including a special stage of 375km.

The rally is due to end in Jeddah on Friday 15 January. 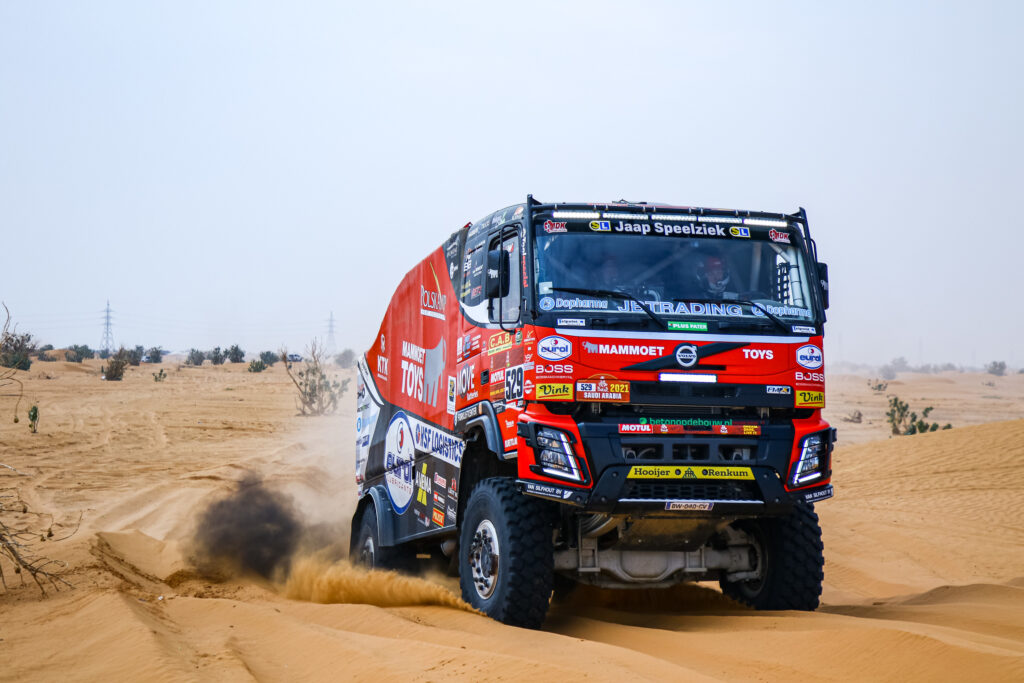