The project’s first phase involved load-out of the jacket. Extensive engineering preparations were needed, considering the vast weight of this infrastructure; weighing in at 12,733t. Due to its large dimensions – 131m x 81.7m x 56m – Mammoet utilized a strand jack load-out system to provide a feasible and cost-effective solution.

The jacket was built with a launch truss on skid beams, with breakout jacks used to initiate movement the jacket from its assembly position before strand jacks and winches began the main pulling operation. The barge was equipped with external high-capacity submersible ballast pumps, which were synchronized with the barge’s internal pumping system. The internal ballast system was then used for de-ballasting with Mammoet monitoring and controlling ballasting from the barge bridge.

The topside’s 100m high vertical flare stack needed to be fitted with its flare tip. Installation of the 2.0te flare tip was performed by Mammoet’s Conbit team to demonstrate the operation of the tailor-made gantry system whilst the deck was still onshore. The offshore specialists’ lengthy history of flare tip installations meant they had the engineering expertise to design & build this solution, which together with their specialist installation personnel, allowed the flare tip to be installed onshore proving the bespoke system suitable for offshore use when future flare tip replacement would be required.

As for the living quarters, this module was transported via 56 axle-lines of Self-Propelled Modular Transporters to the topside area, where four Mega Jack 5200 towers were positioned alongside the Topside. The LQ module was then placed on top of the Mega Jack 5200 system for lifting to a height of 18.6m. Next, the Mega Jack towers were connected by link beams to the topside, allowing the LQ module to be skidded into its final location on the deck.

The final phase of the project involved major logistical challenges, with equipment and people travelling from various countries under a tight schedule. The coronavirus outbreak added further complexity to this, so Mammoet worked closely with the customer to mobilize people into Vietnam, including obtaining special visa approval from the Vietnamese government.

Mammoet was able to efficiently load-out the entire topside structure, by this point weighing 15,608t, using the same strand jack equipment that had been employed for the earlier jacket load-out.

This was a highly complex project, involving a wide range of services, people, and equipment mobilized from various Asia Pacific countries, the Netherlands and United Kingdom. The entire project was completed with zero accidents or incidents.

The SVDN field development project was approved by the Vietnamese government in 2017 and will produce up to over 1.5 billion cubic metres of gas and over 0.5 million barrels of condensate annually. 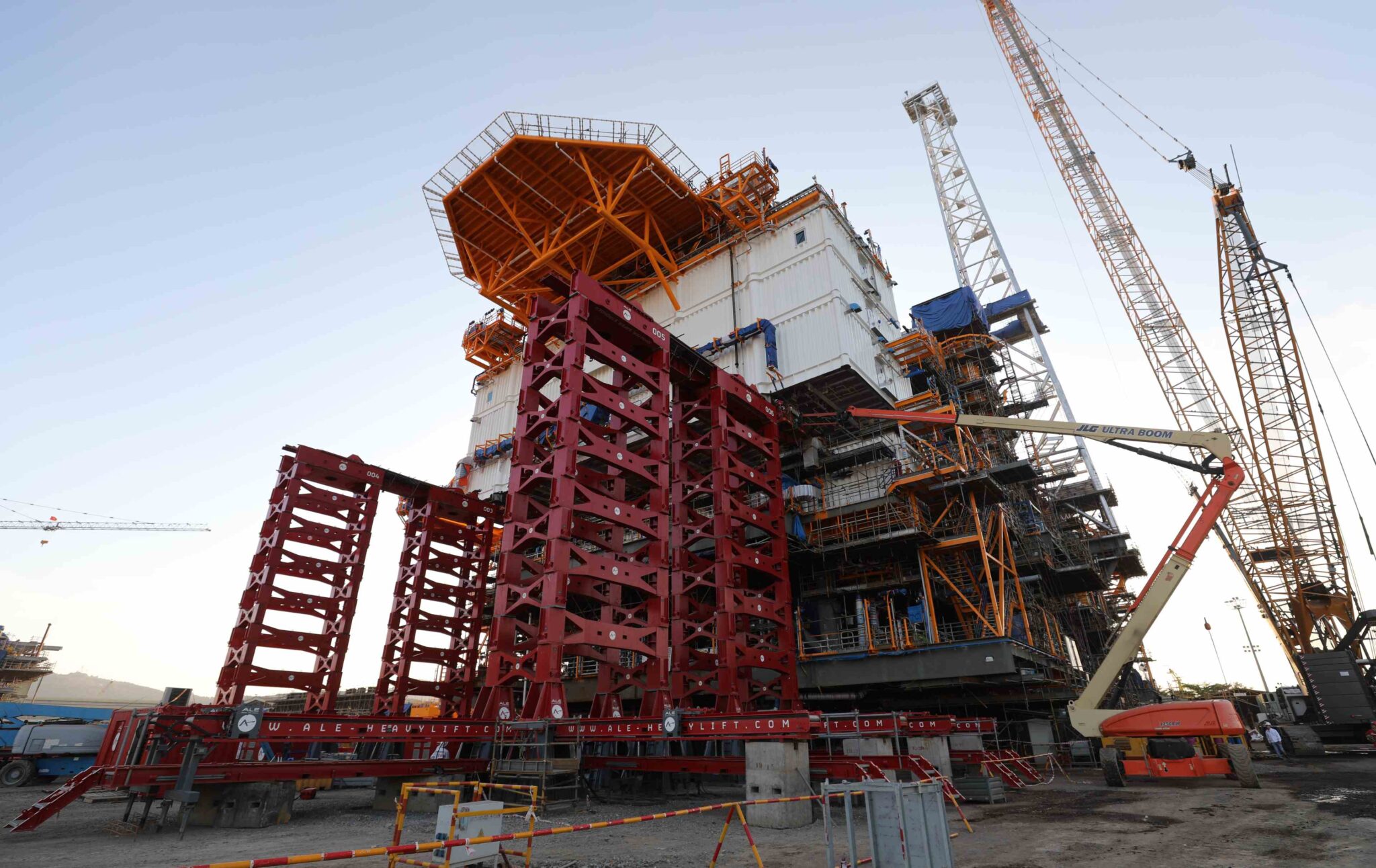