The Vostochny Cosmodrome, a spaceport on Russian territory, is currently being built in the Amur region in the Russian Far East. As part of the project, Mammoet was contracted to unload 14 pieces of heavy and oversized equipment from a barge and transport them to the construction site 60 kilometers away.

The cargo included parts of two different big structures – the launch pad and a vacuum chamber for the launch complex of the Angara space rocket complex, with a total weight of about 600t. The vacuum chamber alone had a diameter of 9 meters.

“This was a very big and important project for us,” said Alexey Zhugan, Mammoet’s project manager on site. “Our client trusted us to deliver multiple crucial pieces of equipment to the construction site over a rather large distance. We did so not only in the safest, but also in the most efficient way possible, adhering to the given time frame.” The transport of the cargo took place in two parts and in a total of four days.

Supporting the construction of the Russian spaceport has been a unique project. It is a project that is sure to contribute to the development of the local economy in the future.

Yet, this is not the first time that Mammoet has worked in the region. The company has been active locally for several years now, particularly as part of the construction of the Amur Gas Processing Plant (AGPP). It was the company’s experience and track record that convinced the client to choose them for the job.

The fact that Mammoet had all the necessary lifting and transportation equipment available locally was an added benefit, too. For unloading the cargo, the company used two heavy-lift cranes, the LR-11350 and LR-1750, and Goldhofer trailers and semi-trailers for delivering it to the construction site.

While 60km may not sound like a long distance to the regular commuter, it certainly is when transporting heavy and oversized cargo. It is very precise work – and not just literally. It also requires a lot of clear coordination of all details.

“For every piece of equipment, we needed special permits,” said Zhugan. “There are also quite complex logistics involved in moving such large cargo. We had to block regional roads as well as the federal road that connects Moscow with Vladivostok for a couple of hours during the night to transport the loads. All this requires careful planning and approval of every detail of the project.”

All the arrangements were necessary to perform the job as safely and efficiently as possible.

Being involved in such a big project resonates on several different levels. For Mammoet as a company, it is an exciting opportunity to be a part of a key development in the region. For the team on the ground and for Zhugan in particular, it is even more than that. It is an opportunity to contribute to the local economy and to his country. It is what he calls “a moment of pride”. 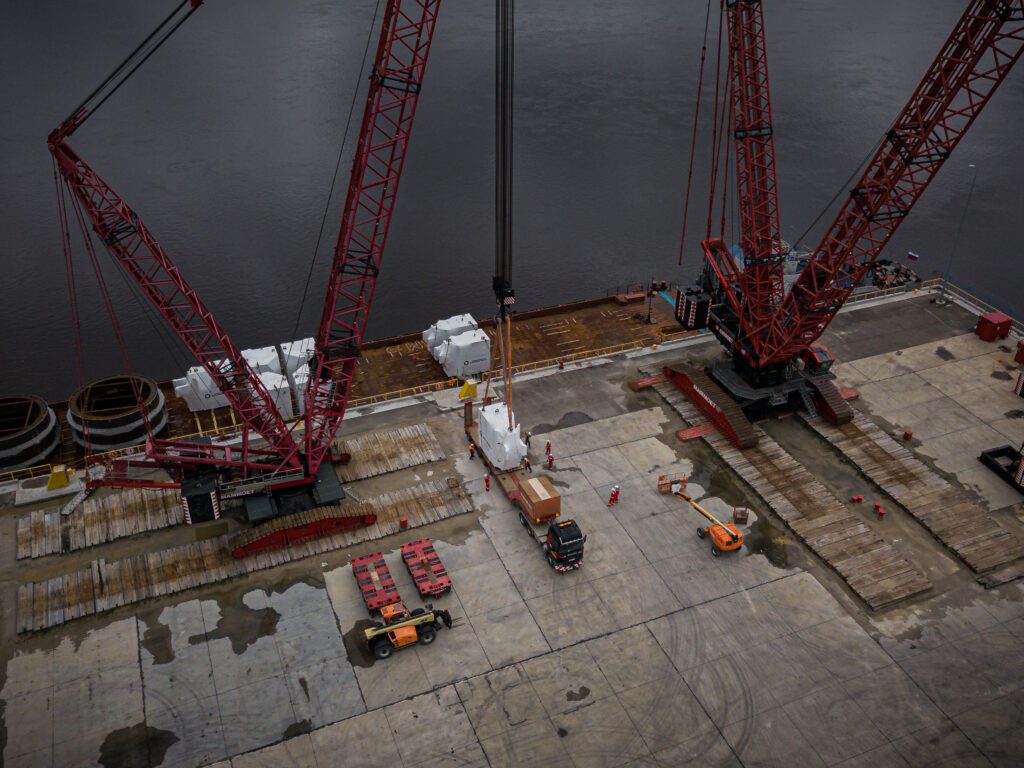 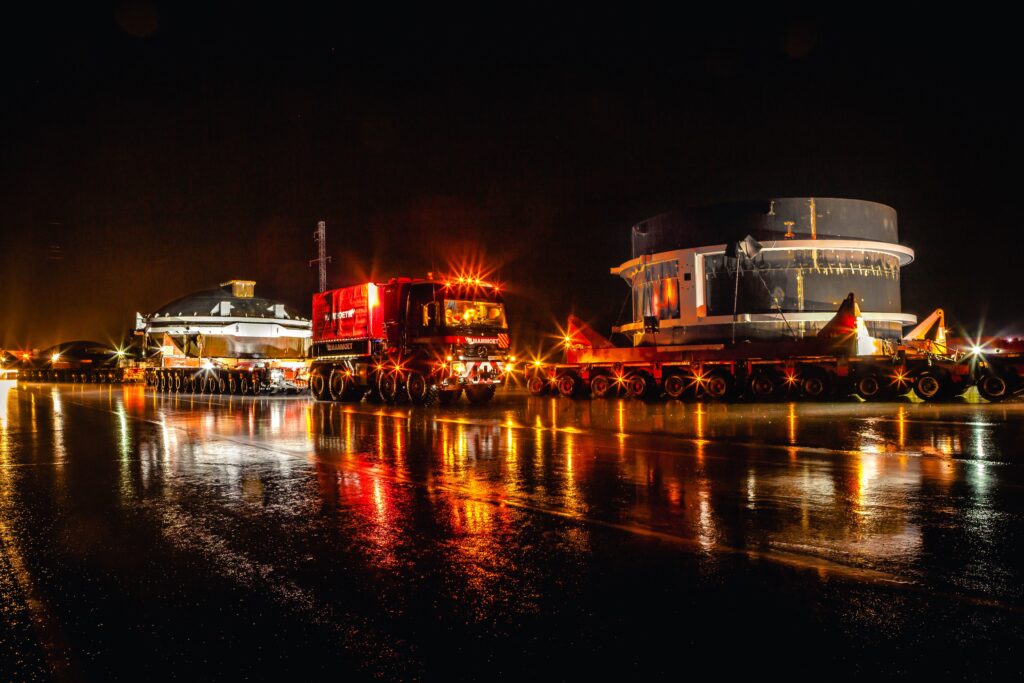 Transport of 60km at night