The Rhine Bridge in Leverkusen is a heavily frequented section of Germany’s A1 highway. In order to adapt the bridge to increasing traffic volumes, it will be replaced with a new eight-lane structure.

SEH Engineering GmbH contracted Mammoet to move one bridge section to the installation position. Due to its weight of around 1,100t and dimensions of 66m by 34m, a full closure of the highway section was necessary. So, it was important that this operation proceeded to schedule, as reliably as possible. 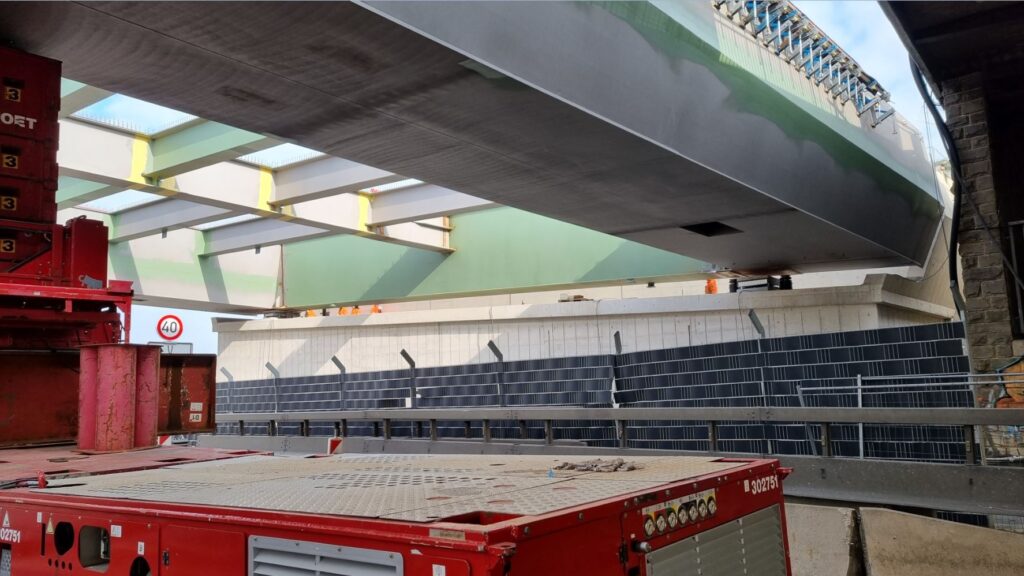 This approach would also require a longer road closure, so the engineering teams from both companies worked together to develop a different solution. This smart solution using Mammoet’s innovative special equipment would be able to lift the bridge from its supports, drive it to the installation location and set it down, all in one maneuver.

Four towers of Mammoet’s Mega Jack 500 system would be used for the job. This equipment lifts the load via the insertion of successive cassettes at ground level; reducing the need for work at height and manual handling on site. 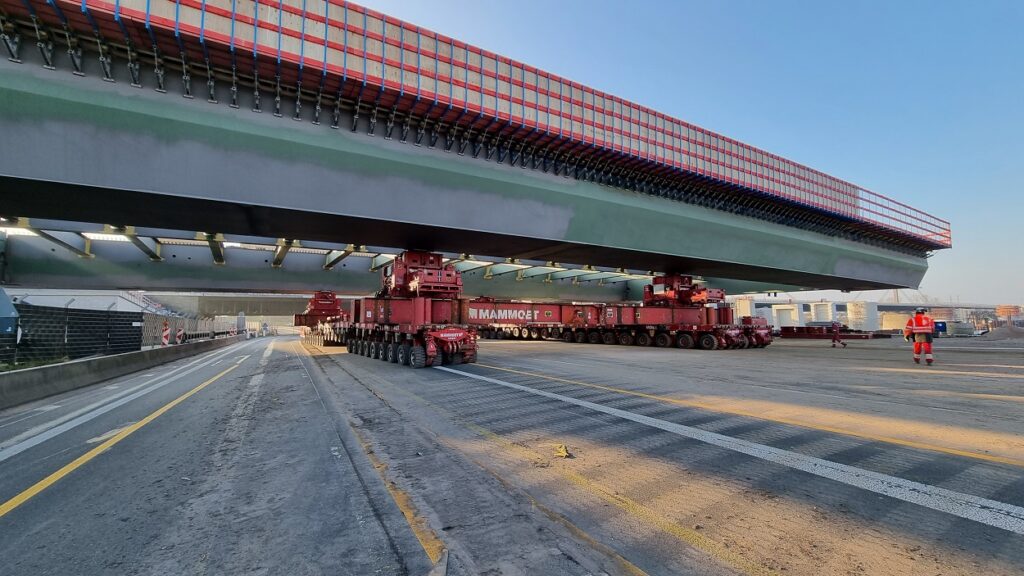 When the team of specialists arrived at the project location, final work on the bridge segment was still in full swing. Due to a limited time window, lift preparations still began immediately – even though the limited space available made planning the route more difficult.

Due to a hole in the ground at the pre-assembly site, the bridge section was actually not accessible to the SPMTs.

The hole was needed for a pillar of the bypass bridge. Instead of filling and covering the hole, it was more efficient to slightly change the position of the bridge section. So, Mammoet’s team moved the bridge section one meter just before execution. The repositioned bridge segment was then lifted with four climbing jacks so that three units of 24 axle line SPMT could be driven underneath. The gantry girders and Mega Jack 500 towers were then erected on the SPMTs.

The bridge had both a transverse and longitudinal slope.

The bridge section was maneuvered 300m across the confined site to the installation location, then lifted several meters further so that it could be driven over the abutments of different heights, before being lowered and installed. Throughout the operation, engineers on site monitored live load read-outs from the Mega Jack 500 system, ensuring every stage of the operation matched its planning phase. 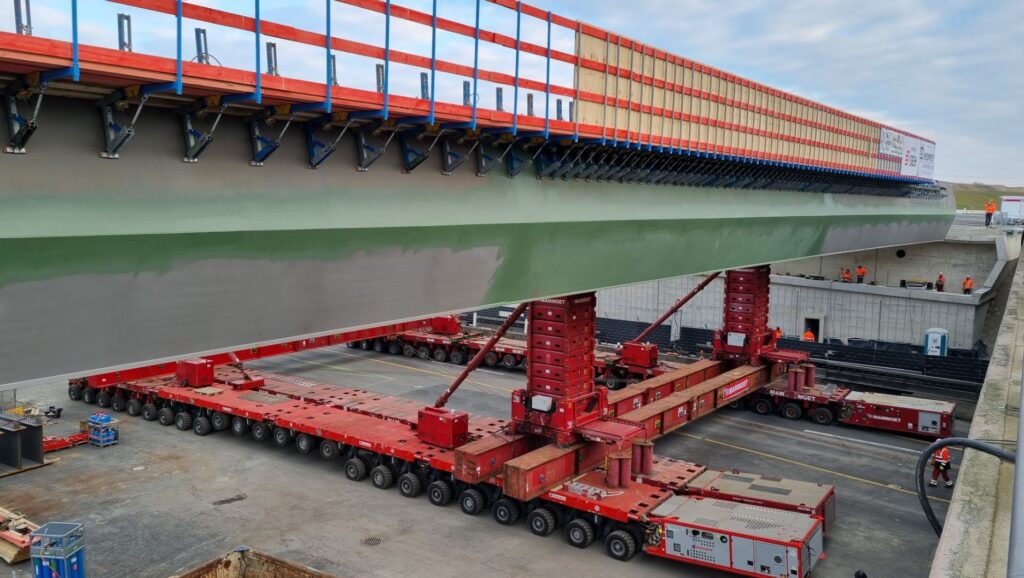 Bridge segment is driven over the abutments.

The experienced team took advantage of every opportunity to save time. As a result, the work was completed on schedule and the highway section reopened to traffic on the planned date.

The new replacement Rhine bridge in Leverkusen is one of the largest and most challenging infrastructure construction projects in North Rhine-Westphalia. The new Rhine bridge is scheduled for completion at the end of 2023 and will eliminate traffic bottlenecks.

Mammoet is pleased to announce the successful completion of the heavy lift and transport scope of a Gulf Coast project in Louisiana.