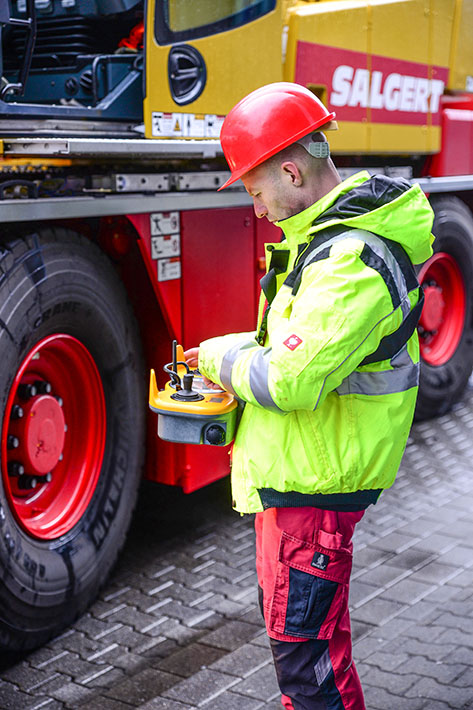 Last autumn, Salgert GmbH took delivery of the first Liebherr LTC 1050-3.1 compact cranes with RemoteDrive. The concept of manoeuvring using the remote control has now proven itself in practice in very constricted conditions in a production building of a specialist aluminium die-casting company in Bad Münstereifel.

One thing quickly became clear during the initial meeting on site – it would be very tight. Several machine tools had to be relocated in a production building and others had to be installed at the automotive supply company. It was the perfect job for crane operator Tony Gölitzer and his new LTC 1050-3.1 with RemoteDrive. He commented: “The difficulty was that the machines had to be moved in a constricted, low building which already contained other machines and production could not be stopped”.

Tony Gölitzer is one of the very first crane operators to operate a Liebherr LTC 1050-3.1 with a remote control for manoeuvring the crane chassis. This Liebherr innovation was worth its weight in gold at this job in Bad Münstereifel. Gölitzer continued: “RemoteDrive enables me to stand right next to the problem area so that I can manoeuvre the crane safely through the constriction. The door was narrow and low and we had installed the short erection jib. That meant I had to watch it pretty closely”.

The machine relocation was completed quickly and without any problems. One of the things that helped this was the VarioBase® variable support base to support the crane between the existing machines with the outriggers only partly extended. In addition, the functions of the LTC to telescope heavy loads with the boom and to drive with the load on the hook were also required. Gerd Müller, Branch Manager at Salgert, who is responsible for organising and planning major projects, particularly machine relocations, was delighted with the Liebherr compact crane: “The LTC 1050-3.1 enables us to tackle a range of size classes. For example, for today’s job we had to handle machines weighing between 6.2 and 18 tonnes. The LTC enables us to cover everything, both unloading heavy machines and also fiddly work in constricted conditions. Another plus point of the LTC 1050-3.1 is that it can pass through doors and gates just 3 metres in height.” 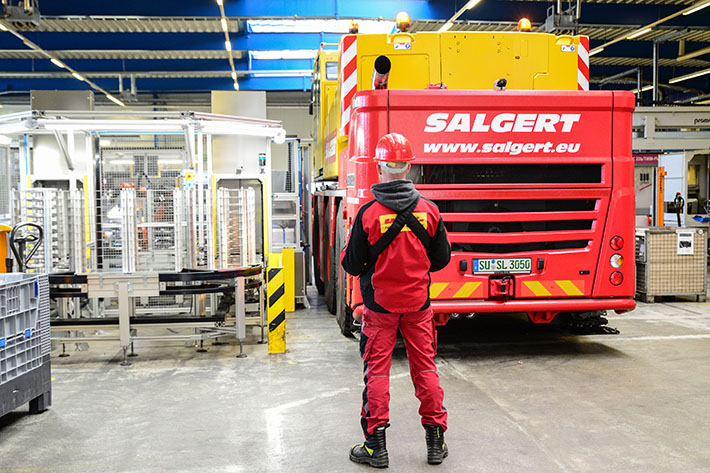 Centimetre precision – there is hardly any space between the existing production systems.

The RemoteDrive function is an advanced development of the Liebherr LICCON2 crane control system. Since it was launched 13 years ago, it has been possible to set up Liebherr cranes by remote control using the BTT mobile control and display unit. The LICCON2 mobile crane control system also has a simple expansion function to enable all the superstructure crane functions to be operated by remote control. Other than the relevant software on the crane, all that is required is a console with two master switches, to which the existing BTT is connected.

The new feature here is the facility to control the crane chassis. The LTC 1050-3.1 compact crane is the first crane on which this is possible. The fine coordination between the remote control and moving the crane with millimetre precision was a particular challenge for the Liebherr engineers and software experts. Particularly when every centimetre counts in constricted areas, the safety of personnel, the crane and the surrounding area is paramount. And this is exactly were the RemoteDrive technology is now setting new standards in coordination with the LICCON crane control system developed by Liebherr. 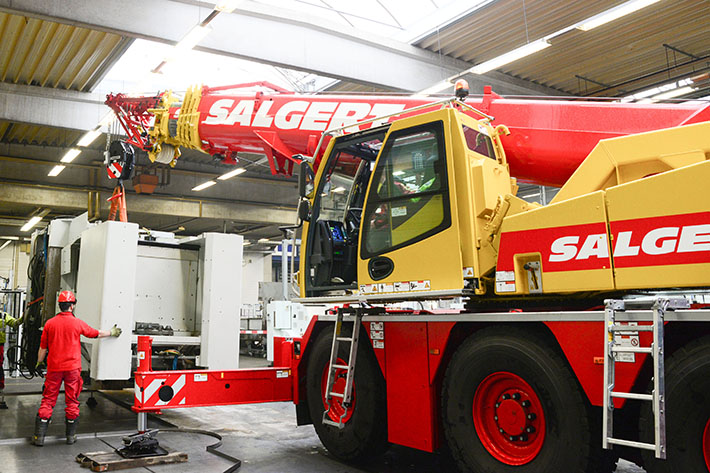 Hitting the heights – the special erection jib on the LTC 1050-3.1 enables maximum hoisting height to be used in low buildings.

On the move – transporting the load on the hook is often required inside buildings.

Everything in clear view – perfect visibility of the constriction.

MAX on the PW2PA Project in Australia

Lifting Wind Turbines and Railway Bridges with a LR 11000