In 1972, Jacques Conter founded the first Comat group company in Luxembourg-Hamm. While this family-run organisation has undergone many changes to date, its core objective of ensuring customer satisfaction through the quality of its products and services has remained unchanged.

Liebherr was looking for a new partner in 1980 to distribute its earth-moving equipment in Luxembourg. When Jacques Conter heard the news, he wrote a letter directly to Liebherr-Export AG. Two weeks later, just eight years after the Comat group was founded, Comat became a distributor for Liebherr earth-moving machines, and the two companies started their adventure together.

An alliance of two family-run groups, the partnership between Liebherr and Comat soon bore fruit. The first machines to be sold were an A 922 wheeled excavator for Sotraroute and an LR 631 for Perrard.

Claude Conter, son of Jacques and the company’s current director, is very happy with the partnership between Comat and the Liebherr brand: “It’s a very good partnership”, he says. “These two family-run companies are reliable and stable. We consistently plough our profits back into investments that will secure our future.”

To celebrate the 50th Anniversary the Conter family have chosen an R 924 G8 crawler excavator from the Liebherr-France SAS production site at Colmar. With its characteristic generation 8 design, this machine features a completely reconfigured architecture to offer even better comfort, ergonomics and operating performance. Once it joins the company’s hire fleet, this machine is sure to be attracting attention very quickly on many future construction sites. 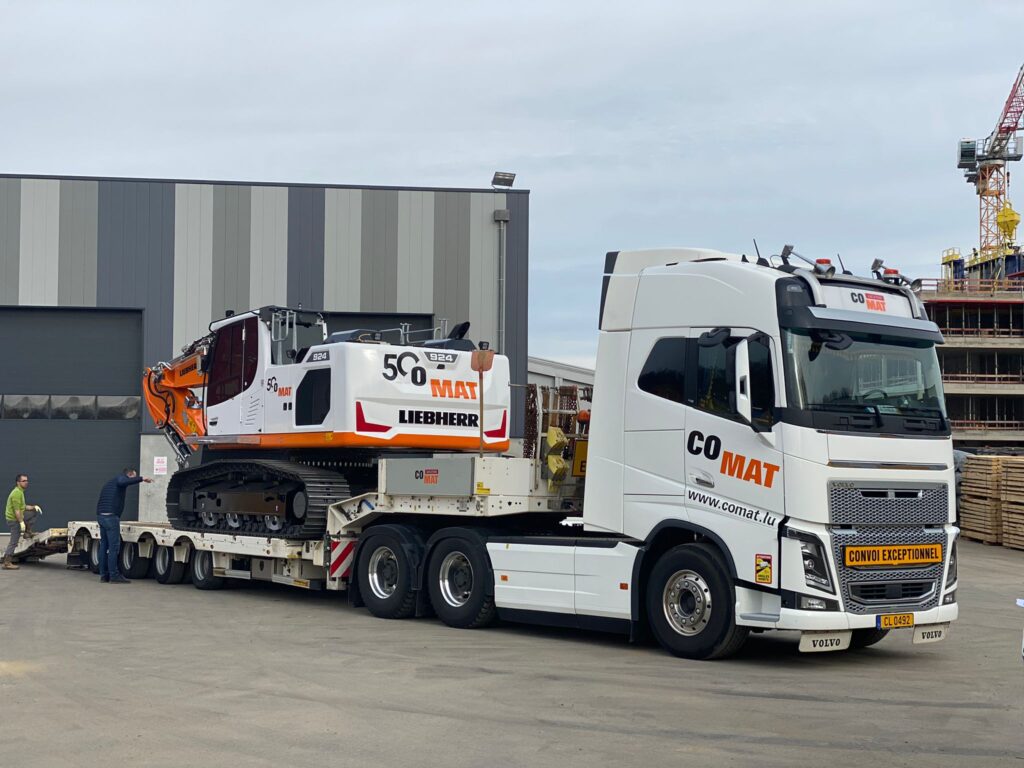 The R 924 G8 ready to join the Comat hire fleet with their Volvo FH16-750 truck and Faymonville Multimax trailer.

Wiesbauer Lifting Bridge Sections in the City of Würzburg – Video