A few weeks ago, the prototype of what is currently the most powerful offshore wind turbine in the world was erected in the Dutch port of Rotterdam. The gondola of the wind turbine, which measures an overall 207 metres in height, has a net weight of 675 tonnes. It was the heaviest load for the two Liebherr crawler cranes used for the job. In a tandem hoist, the two LR 11350 cranes managed a gross load of 780 tonnes and placed the massive component onto the 150 metre tower for the gigantic turbine.

General Electric (GE) unveiled this 12 Megawatt with the name “Haliade-X 12 MW” in October, making it currently the most powerful wind turbine in the world for offshore use. The massive tower and the complete gondola with its gigantic dimensions of around 1500 cubic metres surrounding sophisticated technology was installed at the port of Rotterdam during the summer. The prototype was erected on land to make access to the system easier during the test phase.

BMS Group from Denmark received the order to erect the wind turbine. This expert for crane work, engineering, heavy haulage and special transports is not only active in Europe but also in Australia, South Africa, and the United States. In Rotterdam BMS used two LR 11350 crawler cranes to erect the 12 Megawatt system, using tandem hoists in some cases. One of the two crawler cranes came straight from the production line at the Liebherr plant in Ehingen to the site.

As so often on wind power sites, the weather here at the port of Rotterdam dictated the timetable for the major hoists. For example to install the gigantic gondola, the load was positioned between the two crawler cranes for more than two days until the wind conditions finally allowed them to complete the hoist onto the 150 metre high tower. The 675 tonne heart of the system then required around one hour to cover the route to its final position. With the enormous special cross beams and the lifting tackle, the two crawler cranes had to manage a total load of 780 tonnes. After reaching the final height, the crawler carriers carefully started to move – the two LR 11350 cranes had to move around 20 metres with the load on their hooks until the gondola could be positioned precisely on the tower.

Only one of the two cranes had to remain in Rotterdam to install the 107 metre rotor blades a few weeks later. The system was finally completed by the end of October. According to the manufacturer, a turbine of this type should be able to generate 67 Gigawatt hours of electricity every year. That corresponds to the consumption of around 16,000 households. 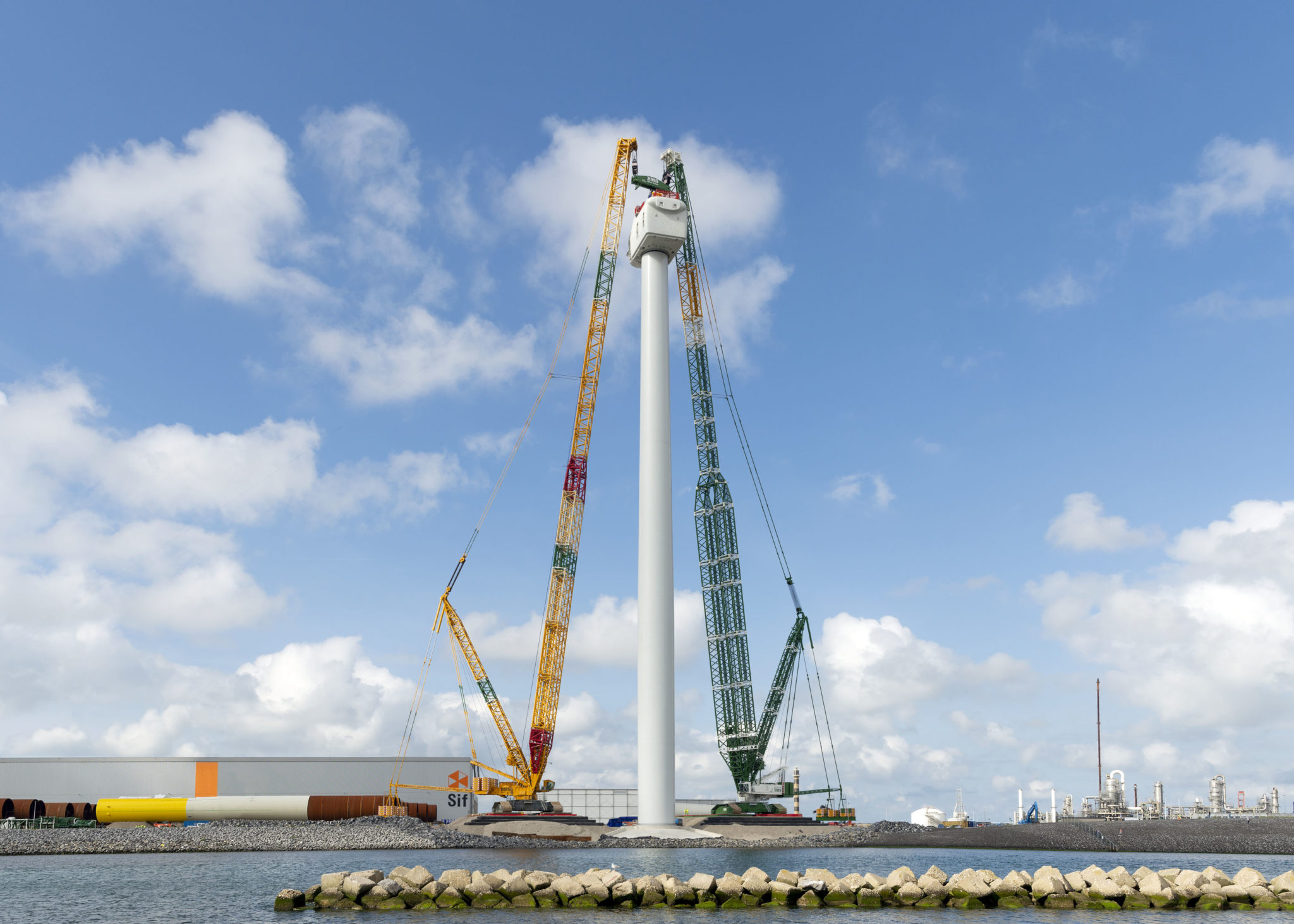 The multicoloured crane on the left of the photograph is from crane hire company Van Adrighem and has been in non-stop action for BMS for the last three years. 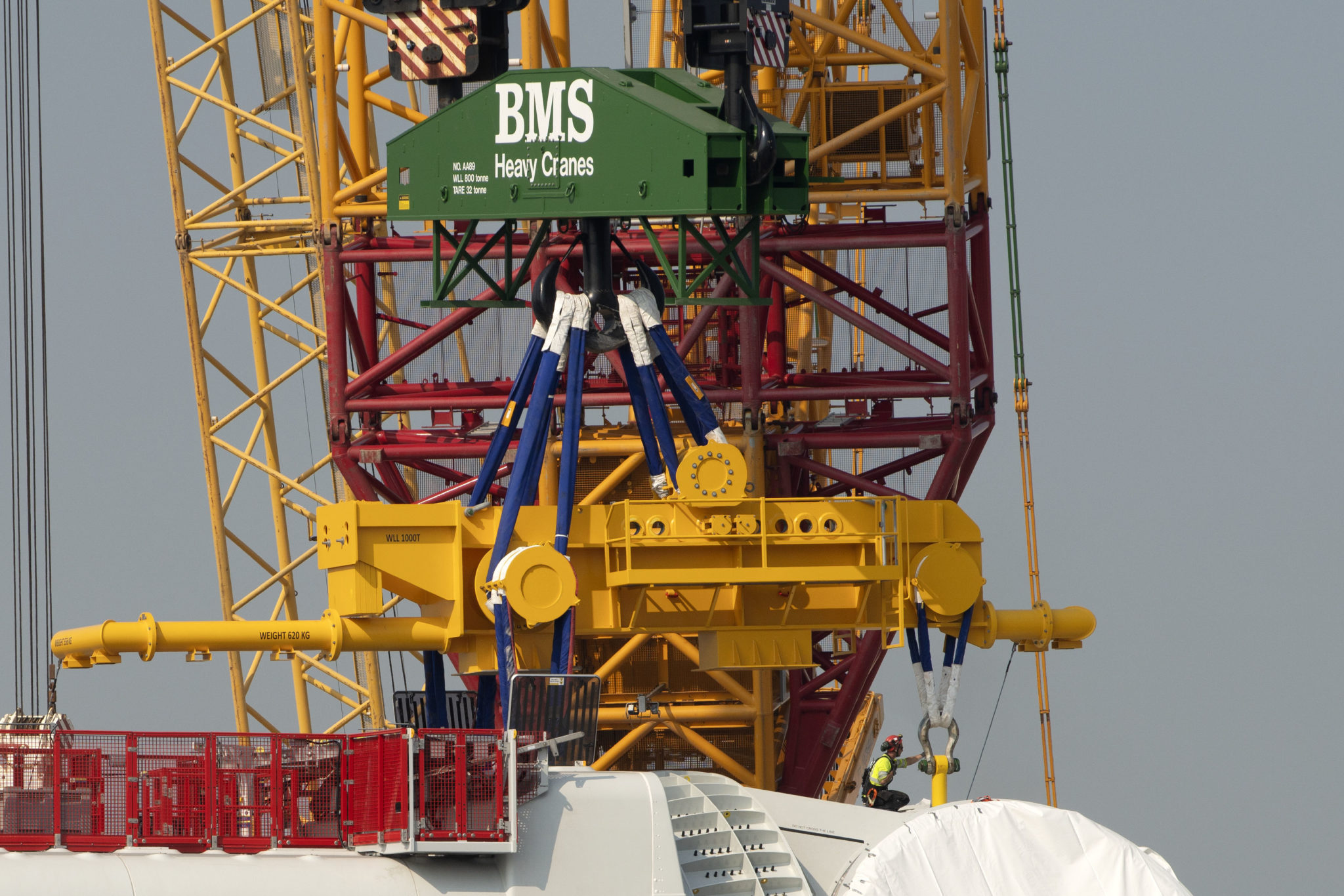 Impressive – a total of 105 tonnes of the total load was made up by the massive cross beams, hook blocks and lifting tackle. 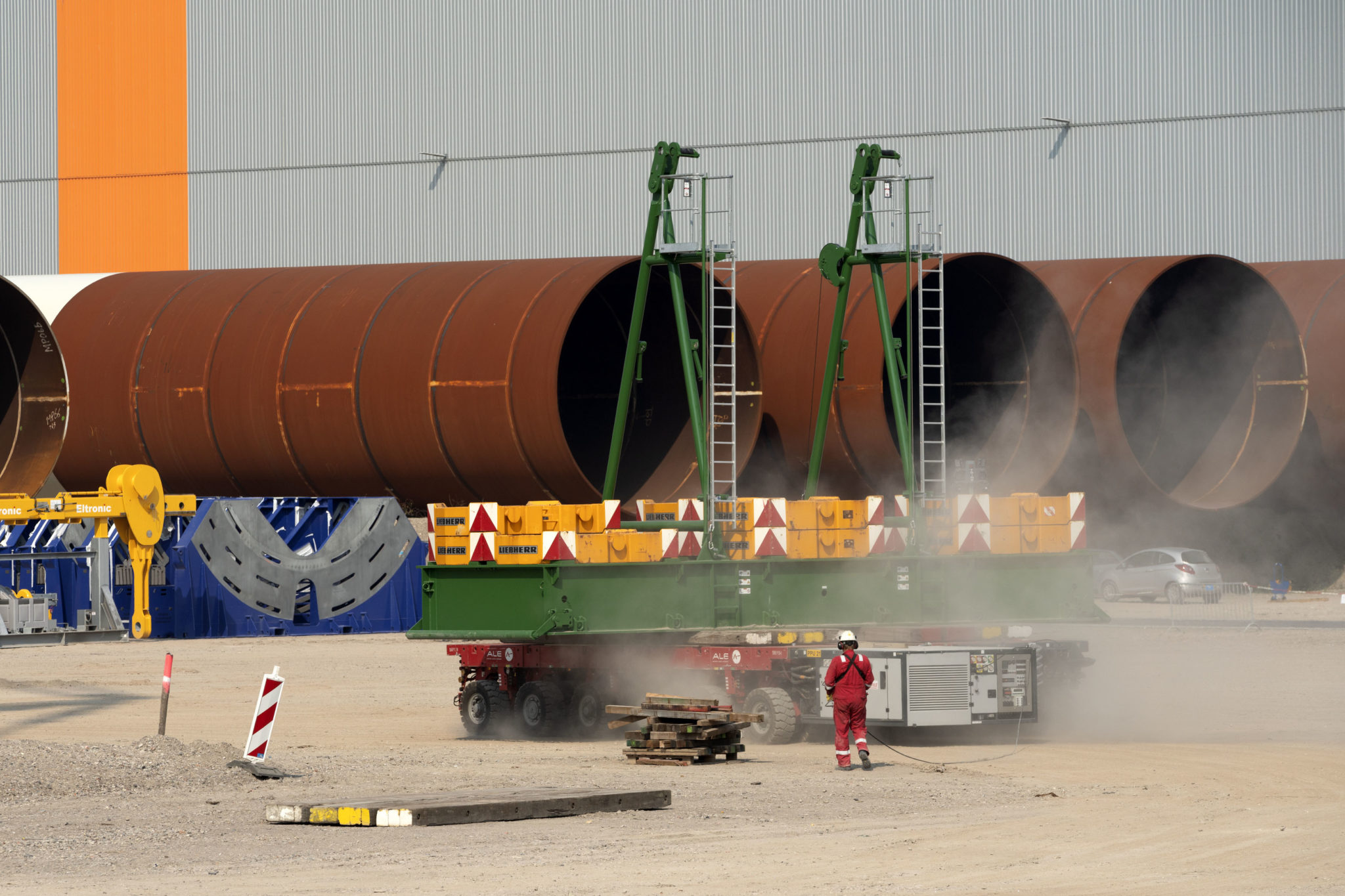 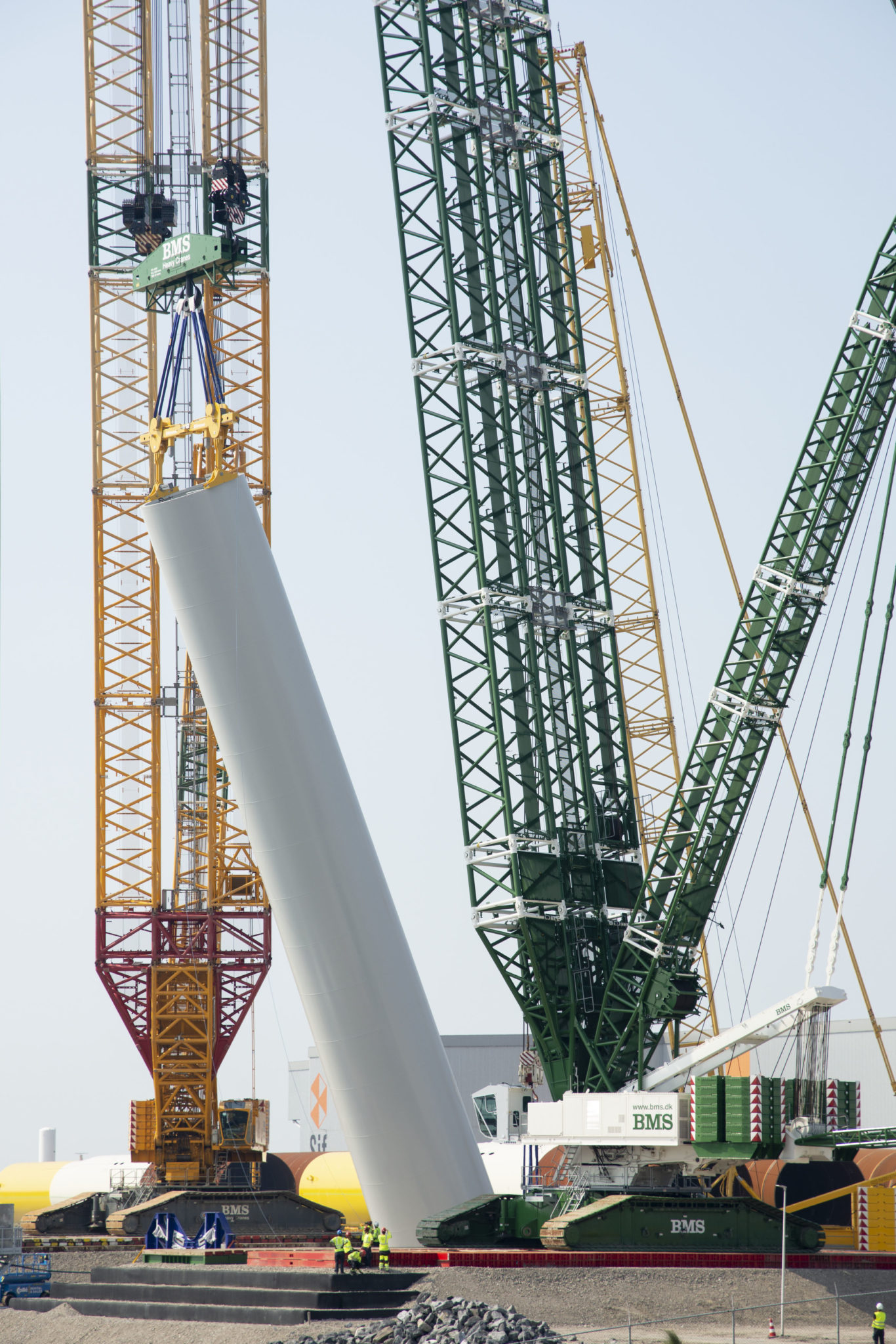 The LTM 1300-6.3 can travel with its complete 90 metre telescopic boom on public roads