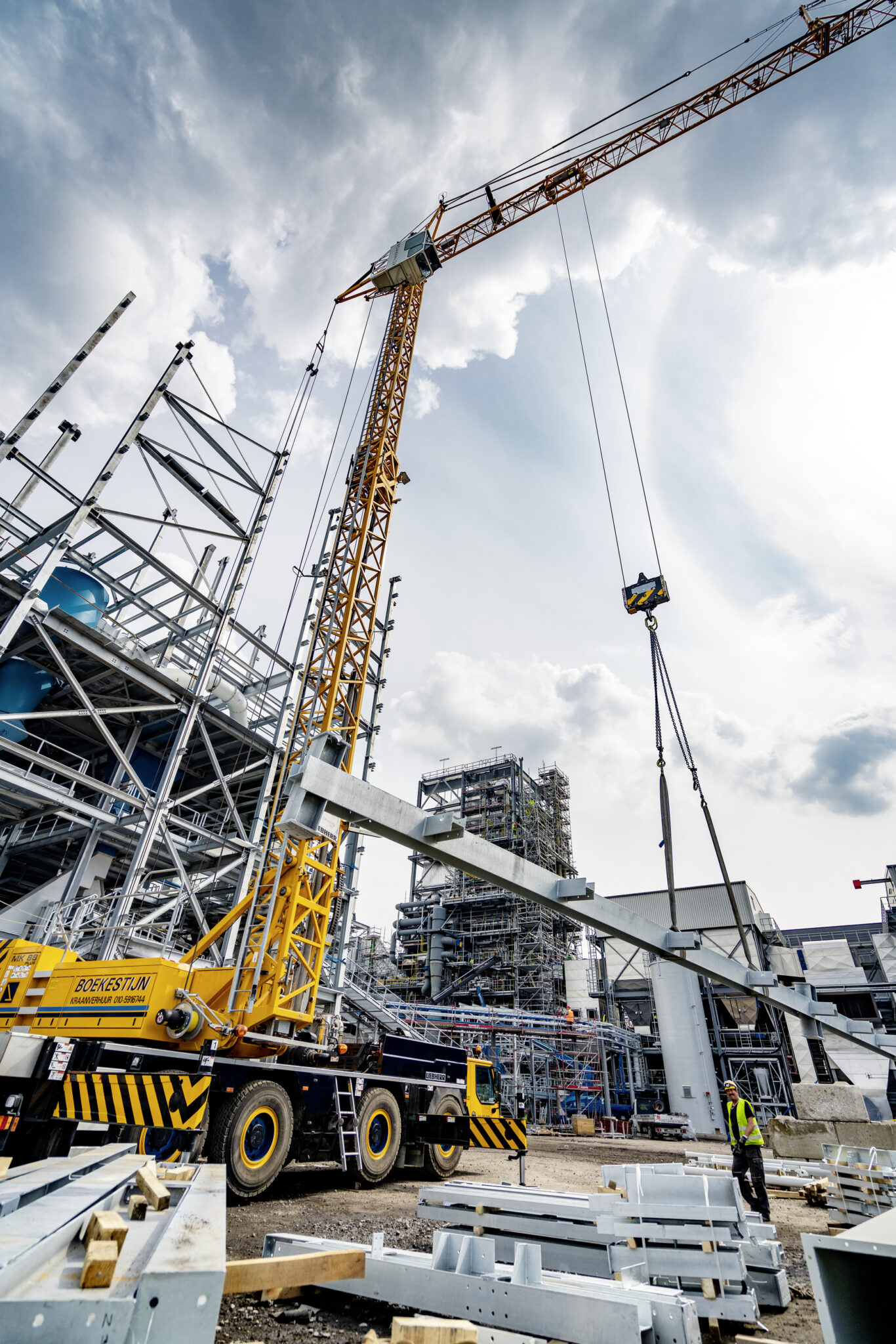 Getting down to it: The powerful drives of the four-axle mobile construction crane ensured swift and smooth operation during the erection of steelwork.

A Liebherr MK 88 Plus mobile construction crane from the family crane hire company Kraanverhuur Boekestijn, based in Maasland near Rotterdam, was in operation for three months in their home port for the construction of a new plant for recycling asphalt material. The flexible crane operated continuously, powered by an on-site electric power source on the construction site in the Dutch port metropolis.

“Our MK mobile construction cranes are in increasing demand from sites requiring low noise emissions,” reports Lianne Boekestijn, following the completion of her crane’s assignment in the industrial district of South Holland’s port city. Crane operator Danny van Vliet was able to carry out the work there with his Liebherr mobile construction crane exclusively in electric operation and therefore without engine noise and pollutant emissions. Over the summer months, the MK 88 Plus from Kraanverhuur Boekestijn helped to construct a 25-metre high plant for the recycling of asphalt. The MK 88 Plus was in continuous operation, from structural steelwork and the assembly of plant components to the cladding of the newly constructed building.

As the available space for ongoing crane operation was limited at the plant site, the four-axle mobile construction crane was perfect for the job at hand. “The MK 88 Plus was the right crane for this assignment thanks to its ability to change location quickly, which is due to its excellent manoeuvrability,” explains Lianne Boekestijn. But the tower height of just over 30 metres was also decisive for carrying out the work, during which the crane had to be able to lift loads of up to 6.2 tonnes.

The company has many years of experience with Liebherr mobile cranes. MK 80, MK 88 and MK 100 model cranes became part of Boekestijn’s extensive fleet early on. In 2017, the first MK 88 Plus was ordered from Biberach – today, the company’s fleet includes three such cranes. “This mobile construction crane distinguishes itself above all else through its compact design, outstanding manoeuvrability thanks to multiple steering programs, and its greater tower height compared to the four-axle cranes of competitors,” says Boekestijn. “Plus, it’s a considerable advantage that Liebherr enables the luffed jib position to be adjusted from the crane cab. And the electric operation option means we save around 33 litres of fuel per day when the crane is operating at full capacity.”

Boekestijn’s three cranes are in great demand on construction sites. “The cranes are mainly used for steel construction and roof work as part of residential and industrial construction but also for installing antennas and air conditioning systems as well as for building maintenance in urban areas,” enumerates Lianne Boekestijn. Not only is the company active in the Netherlands with its total of 46 cranes, but also regularly in Belgium and Germany. Its larger telescopic cranes are also used throughout Northern and Western Europe. Boekestijn’s portfolio includes heavy haulage and machinery transport, equipment hire and project management. 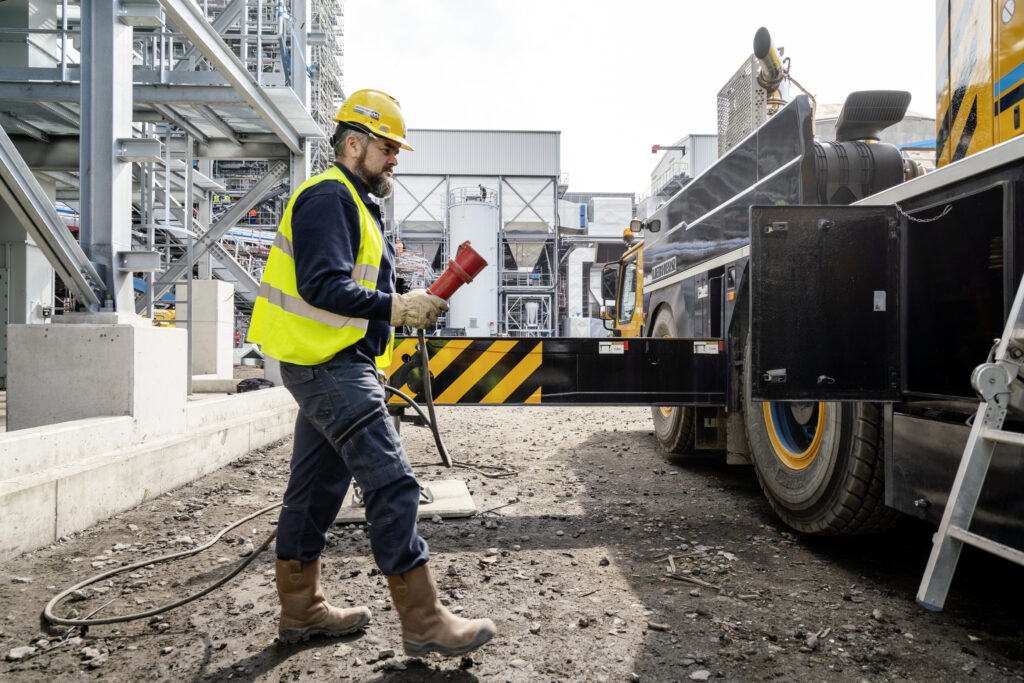 Low noise and low emissions: The Liebherr mobile construction crane was powered by site electricity for the entire period of operation. Here, operator Danny van Vliet taps the power for his crane from the site’s power supply.

Space saver: Limited space was available for the MK 88 Plus from Kraanverhuur Boekestijn when working on the construction site of a recycling plant in Rotterdam.