Two Liebherr mobile harbour cranes are reinforcing logistical operations at the Port of Dover, handling global products ranging from steel plates to South and Central American fruit. In a UK first, the cranes are operating on HVO. The fuel is made of 100% renewable raw materials, which does not release any new carbon dioxide into the atmosphere. 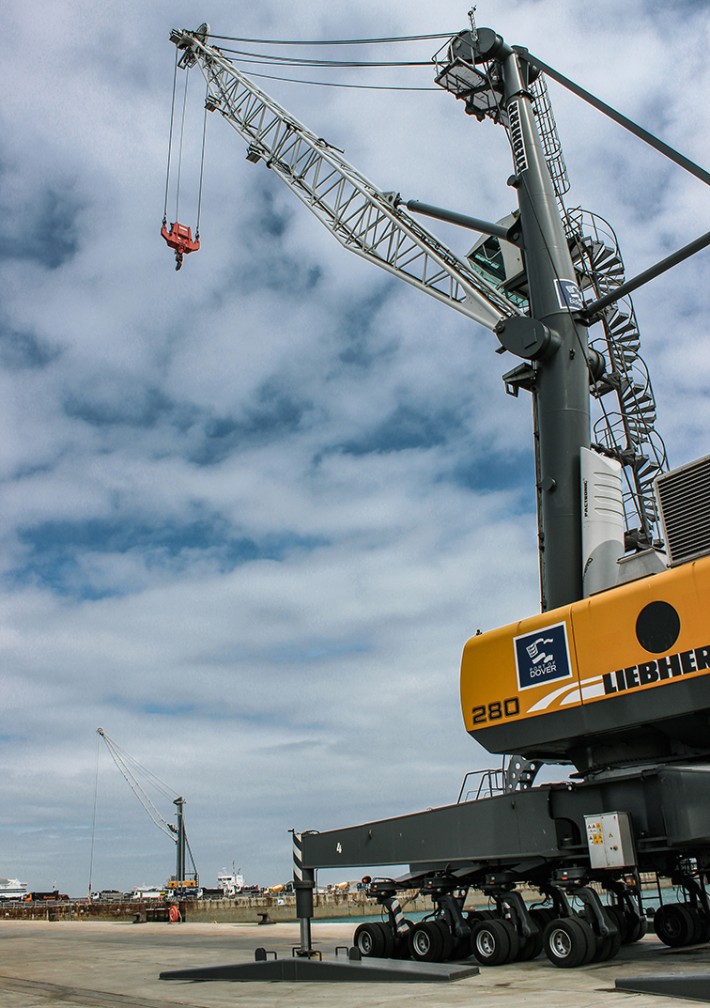 The two Liebherr mobile harbour cranes – an LHM 280 and LHM 550 – were installed at Port of Dover to strengthen a fleet of equipment that enables the multi-purpose terminal to handle and distribute all types of cargo arriving and departing from the world’s busiest shipping lane.

The LHM 550 is the larger of the pair, able to lift 104 tonnes and with a maximum reach of 54 metres, while its smaller stablemate has an 84-tonne lift capacity and will reach out to 40 metres, meaning they can handle steel, breakbulk, containers, palletised fruit, and many other loads. The robust design of the Liebherr LHM cranes was an important factor for the Port of Dover when procuring the cranes, especially given the exposed and windy nature of the terminal in Dover. The two cranes have the ability to work in wind speeds of up to a Force 9 severe gale (75-88 km/h), meaning vessels can be unloaded all year round, in nearly all-weather conditions. Among the benefits of the cranes is their ability to run on HVO 100.

Cleaner drive concepts for vehicles and machines are becoming more important than ever in order to reduce CO2 emissions. Hydrotreated Vegetable Oils (HVO) play an important role at Liebherr. HVO is an alternative fuel, which can now be used in the majority of the Liebherr construction machines, cranes and mining equipment in pure form or in addition to fossil diesel.

When working on new drive concepts Liebherr relies on HVO, among others, as an alternative fuel. Its manufacture is climate-neutral if electricity is solely generated from renewable energy sources. In addition, it generates fewer emissions during its use than a machine operated with fossil diesel fuel. This becomes clear in a comparison: During the life cycle of a product the greenhouse gas emissions can be lowered by up to 90% if the machine is fuelled with Neste MY Renewable Diesel (= HVO 100) instead of fossil diesel.

When the cranes were delivered, Karen Hayes, General Manager at Port of Dover Cargo, commented: “Since our new terminal in the Western Docks opened just over a year and a half ago, our business has flourished. We have continued to adapt to the latest technologies and techniques, enabling the team to process every range of cargo in the industry and expand our customer base even further.” The team at Dover is particularly pleased that the cranes are running on HVO, as this is supporting the Port’s drive towards achieving its recently announced industry-leading decarbonisation targets.

Robert Alexander, Sales Manager at Liebherr-Great Britain, said: “It has been a pleasure working with the team at Port of Dover. We wish the port every success as they expand their operations, and we look forward to working with them in the future.” 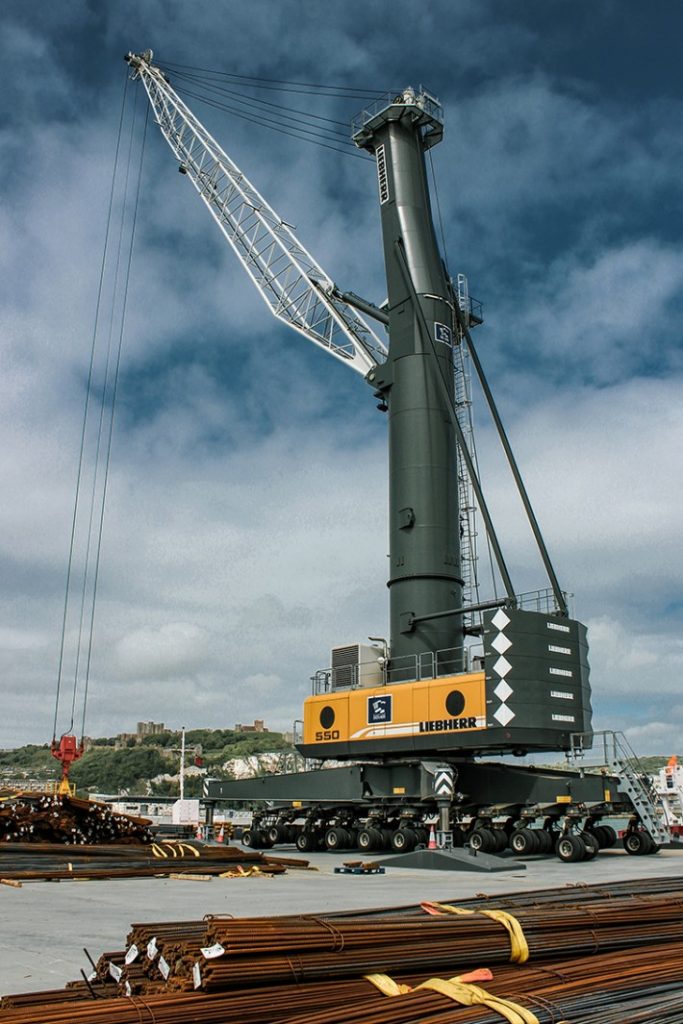 The Liebherr LHM 550 provides logistical support at the terminal in Dover, able to lift 104t, and with a reach of up to 54m.

The HS 870 Returns to Liebherr in Nenzing – Video