How Mammoet Assisted with the HLC295000 Restoration – Heavy Lift News

How Mammoet Assisted with the HLC295000 Restoration

Now that the Liebherr HLC 295000 crane has been reinstalled on the offshore vessel “Orion”, the vessel will play an important role in the energy transition by being used in the construction of modern offshore wind turbines. With its first project already scheduled, the top priority was to meet the delivery date for Liebherr’s customer DEME.

Due to the successful initial installation and a convincing full-service package from engineering to supervision, Mammoet again won the client’s trust and the contract for all transport and lifting activities associated with rebuilding the crane. The dimensions of the HLC 295000 components were unusual, to say the least:

Handling these items would require specialist expertise, even by the standards of the heavy lifting industry. With its many engineering nerve centers separate to operational activity and the world’s largest fleet of equipment, Mammoet was able to mobilize the team and equipment to get the job done safely and efficiently. 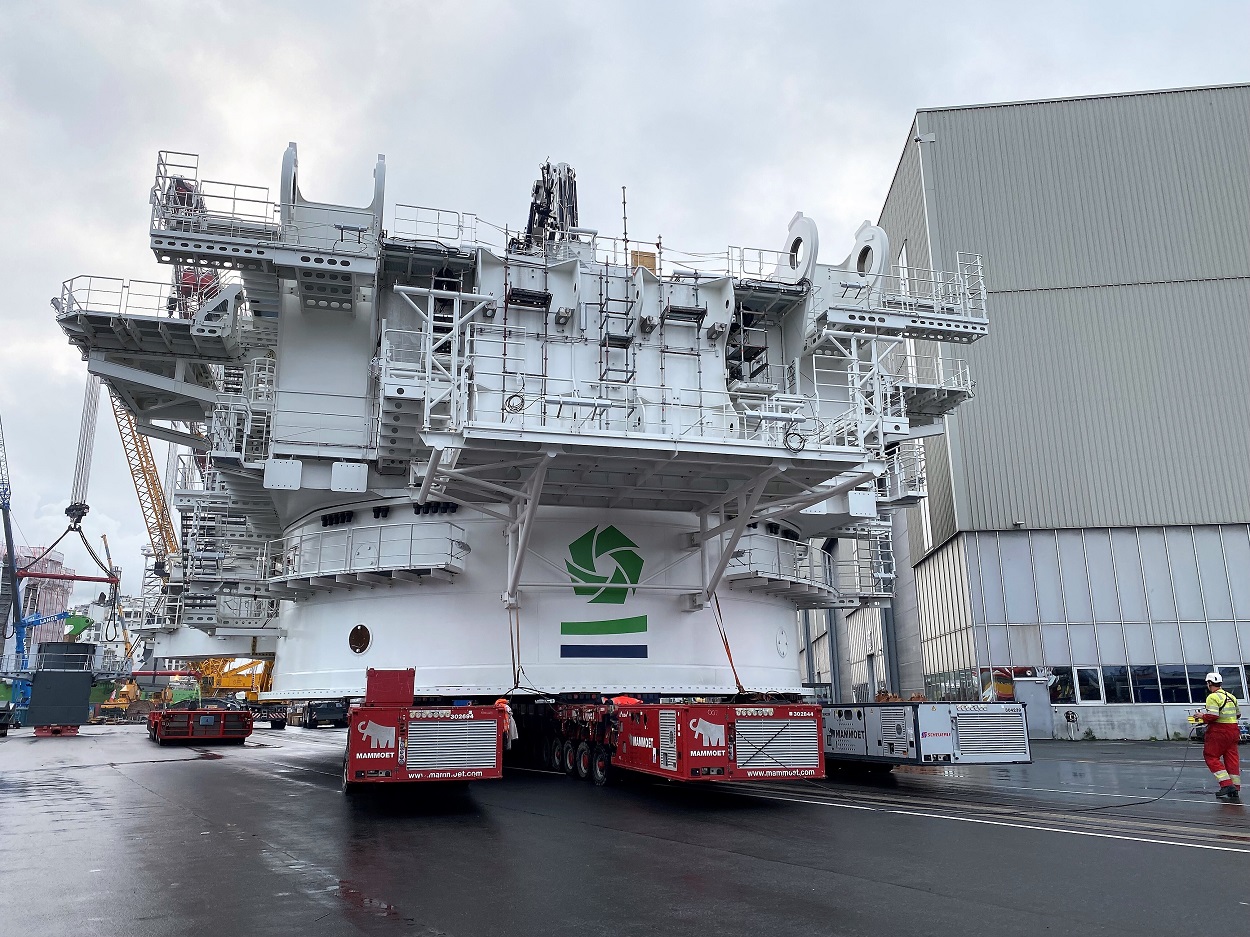 In fact, to handle these highly specialized items safely, Mammoet needed to deliver around 2,000t of material to the site. This included various cranes, transport vehicles, 400t of rigging equipment, as well as support and special equipment. The rigging alone for lifting the boom weighed 80t. 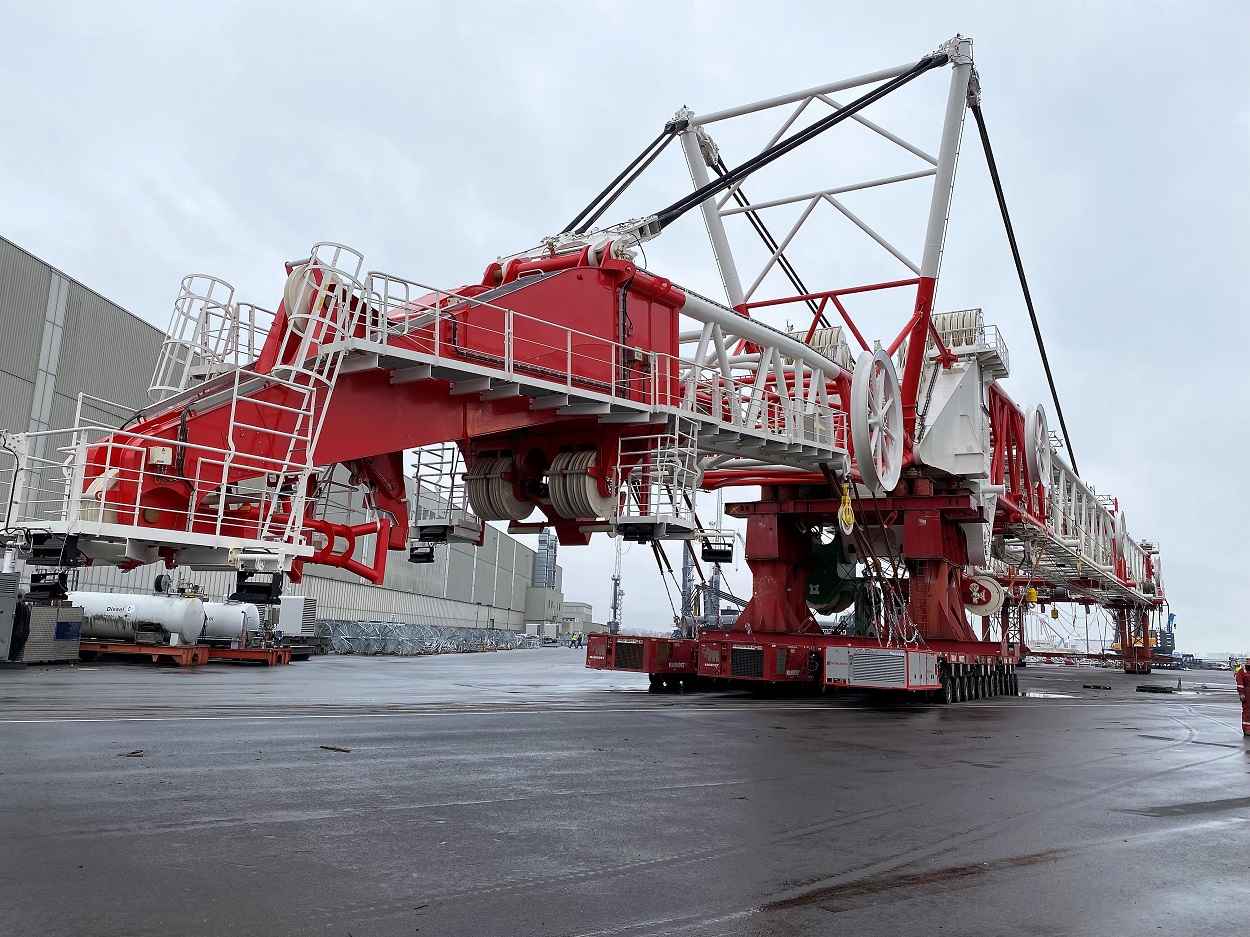 Special rigging schemes were designed and fabricated to meet the specific component requirements. In order to maneuver the oversized and heavy components safely across the Liebherr site, the transports were planned with 68 axle line SPMTs. The Slewing was lifted and installed onto the offshore vessel “Orion” in a tandem lift using the TCC 78000 and an LR 11350.

First, the slewing unit was transported from the pre-assembly site to the crane location. It was lifted and installed onto the offshore vessel “Orion” in a tandem lift using the TCC 78000 and an LR 11350. 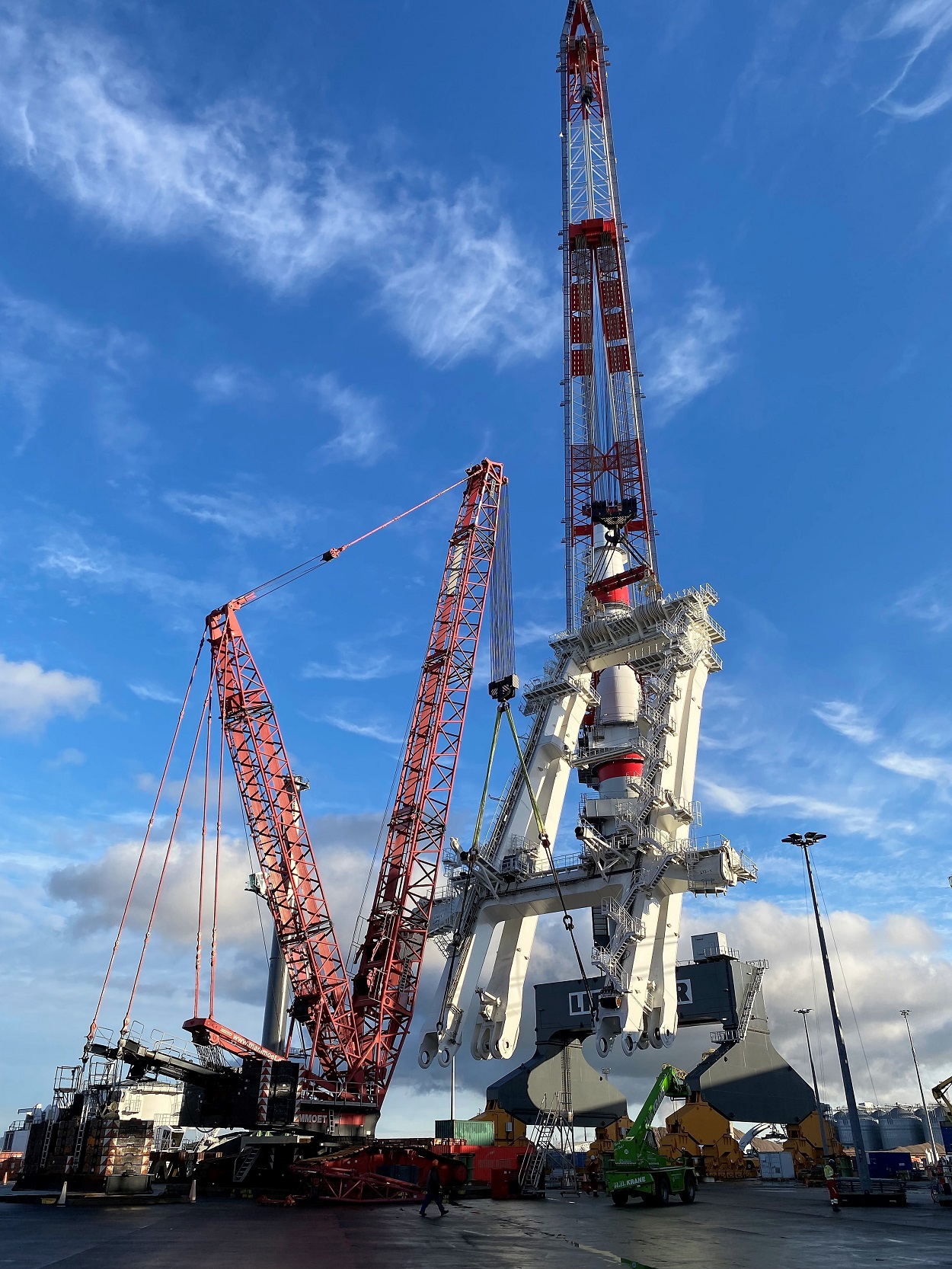 the A-frame being lifted and carried to the Orion

Finally, the boom was lifted onto the “Orion” in a tandem lift using the TCC 78000 and a LR 1750 to a height of approximately 60m and installed. The LR 1750 crawler crane, which had previously been used to tail the A-frame, was moved from the pre-assembly site to the quay within a very short time and reconfigured to “luffing jib mode” for the boom lift.

“Execution in autumn and winter always brings special challenges for projects of this type. The frequent occurrence of storms was closely monitored by permanently checking and previewing the weather conditions. Thus, even the smallest wind windows could be exploited to safely realize partial activities within the specified time. Even the start of the lifting activities as early as 4 a.m. in the morning posed no obstacle.” explains Gernot Öder, Manager Crane and Transport Projects Engineering & Project Management.

The experienced team reacted flexibly to the constantly changing requirements in operational business and adapted the engineering and lifting plans just in time. Through constant optimization, the ambitious schedule could even be shortened in some cases.