Höegh Autoliners ASA (“Höegh Autoliners” or the “Company”, ticker code “HAUTO”) through its subsidiary, Höegh Autoliners Shipping AS, has declared an option pursuant to a certain bareboat charterparty to purchase the vessel Höegh St. Petersburg for a purchase price of USD 29.3 million from Pioneer Leasing, a company controlled by Credit Agricole Corporate and Investment Bank (CA-CIB).

The average market value of the vessel estimated by three different brokers was USD 70 million by the end of Q3. The purchase of the vessel is fully financed at attractive terms. Höegh St. Petersburg was built by Höegh at Daewoo Shipbuilding & Engineering (“Daewoo”) in 2009 with a capacity of 7,850 CEU and is one of a series of vessels Höegh built at Daewoo between 2004 and 2010. The vessel was sold to Pioneer Leasing in 2014 and chartered back to Höegh Autoliners under a bareboat lease agreement. 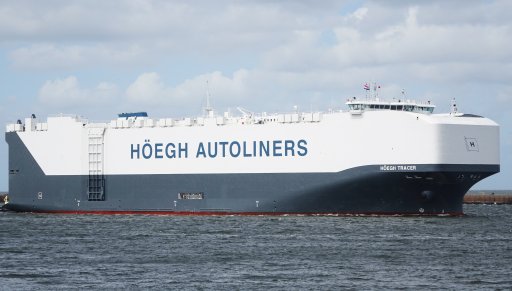 The ownership of the vessel will be transferred to the Company in Q4 and she will continue to serve in Höegh Autoliners deep sea network. This is the third bareboat chartered vessel the Company has declared options to purchase so far in 2022 (Höegh Beijing and Höegh Tracer are the two others). The purchase of H. St. Petersburg will reduce the long-term cash capacity cost for the vessel as well as realise additional value gains from purchase options for leased vessels.

Video: Choppers on the Horizon