The crane and logistics company Henneberger Schwerlast e.K. has taken delivery of two new Liebherr mobile cranes, an LTC 1050-3.1 and an LTM 1160-5.2. The LTC 1050-3.1 is already the third LTC compact crane that the company from Thema in southern Thuringia has taken over. The LTM 1160-5.2 complements the Henneberger fleet in the strong 5-axle class.

Henneberger Schwerlast remains true to its strategy of procuring only Liebherr mobile cranes in the telescopic crane sector. Mario Henneberger, owner of the second-generation family business, explains: “We have aligned ourselves with one manufacturer and thus achieved complete flexibility in personnel deployment. With Liebherr, we appreciate the uniform crane control, from small to large cranes. This allows us to make optimum use of our driving personnel in times of shortage of skilled workers and also to easily bridge downtimes due to vacation or illness. Liebherr’s service is also exemplary, solving problems quickly and thus significantly reducing downtime.” 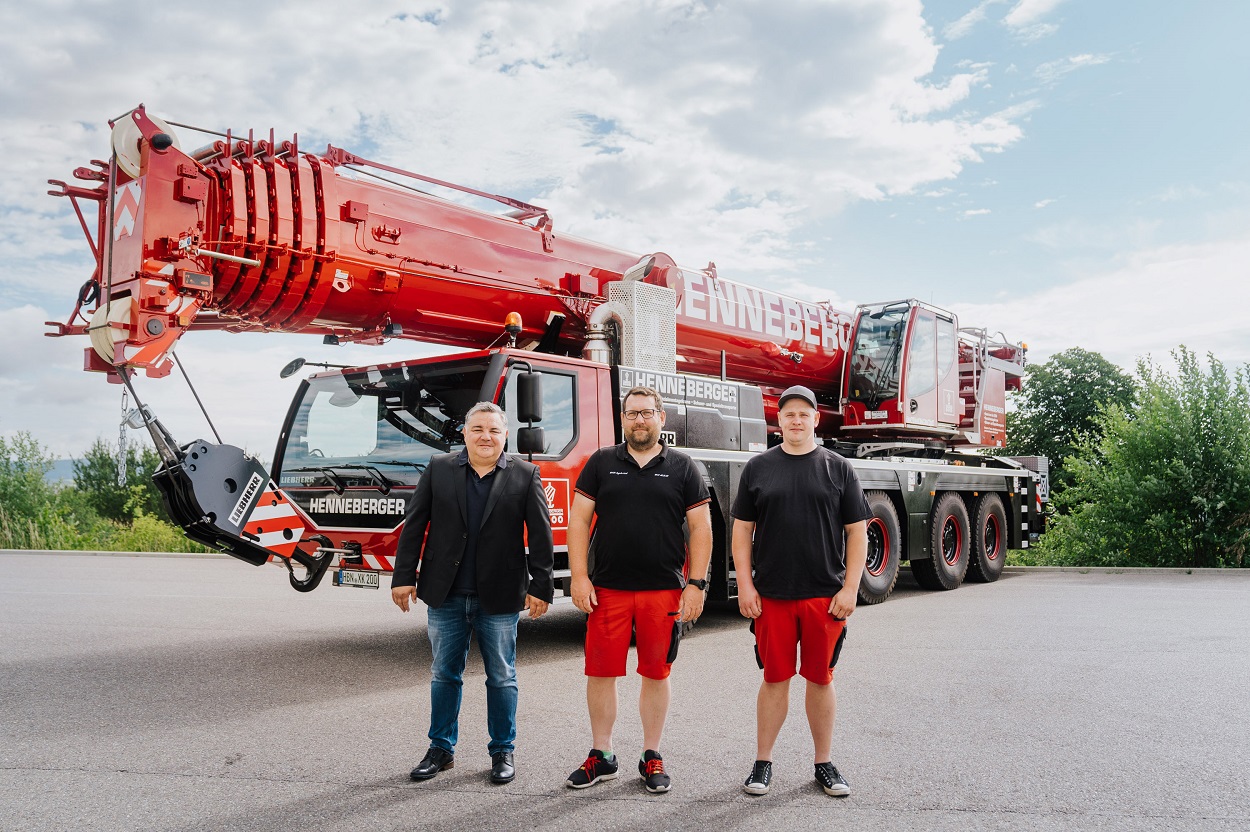 The main catchment areas of Henneberger Schwerlast e.K. are central and southern Thuringia and northern Bavaria. The company attaches great importance to creating good working conditions for its personnel: “You have to do something for your people, because the job places high demands on the operator. That’s why we provide material to take the strain off them in both driving and crane operation. High product quality also avoids downtime, reducing stress for operators and dispatch personnel alike.”

Henneberger already has good experience with Liebherr LTC compact cranes. The new LTC 1050-3.1 is already the third unit the company has purchased in recent years. “The manoeuvrability and travel characteristics of the LTC are excellent. In addition, Liebherr has further improved the crane in many details, for example the assembly jip with roller set and hook traverse. Various cameras make the operator’s work easier and more pleasant,” says Mario Henneberger. He opted for the 36-meter TELEMATIK boom version, where the telescopic parts are bolted together. “We use the LTC 1050-3.1 as a universal machine. It doesn’t just do indoor jobs for us.”

The LTM 1160-5.2 strengthens Henneberger’s fleet in the upper 5-axle class. Complementing the LTM 1250-5.1, the company’s largest crane, the new crane will be used in the assembly of precast concrete parts and heavy machinery, for example in the automotive industry. The Thuringia region also has a long tradition of glass production. So the LTM 1160-5.2 will also find jobs in this industry.

Mario Henneberger also cites the adjustable ballast radius VarioBallast® and the variable support base VarioBase® as important decision criteria. “VarioBase® is the most ingenious invention ever. We need it every day. It allows us to use our cranes much more flexibly and do jobs that would otherwise not be possible.” 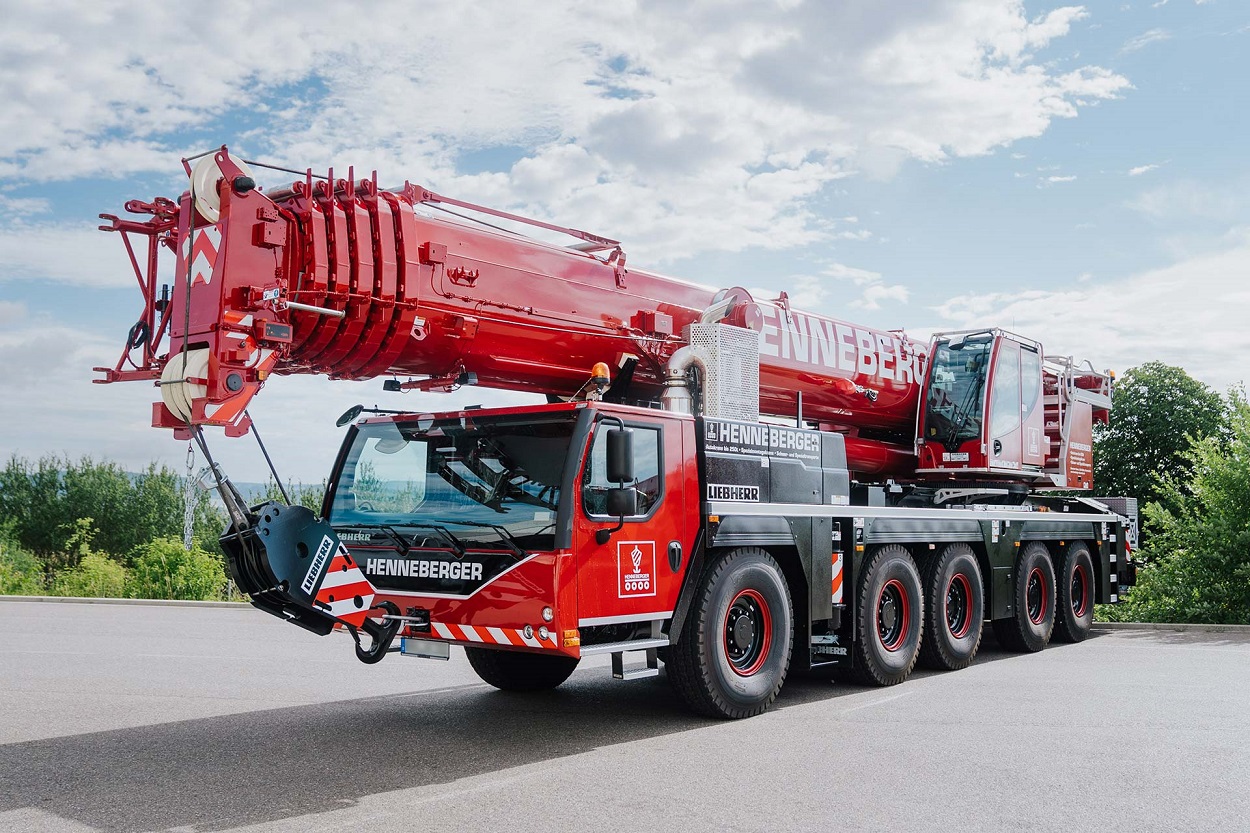 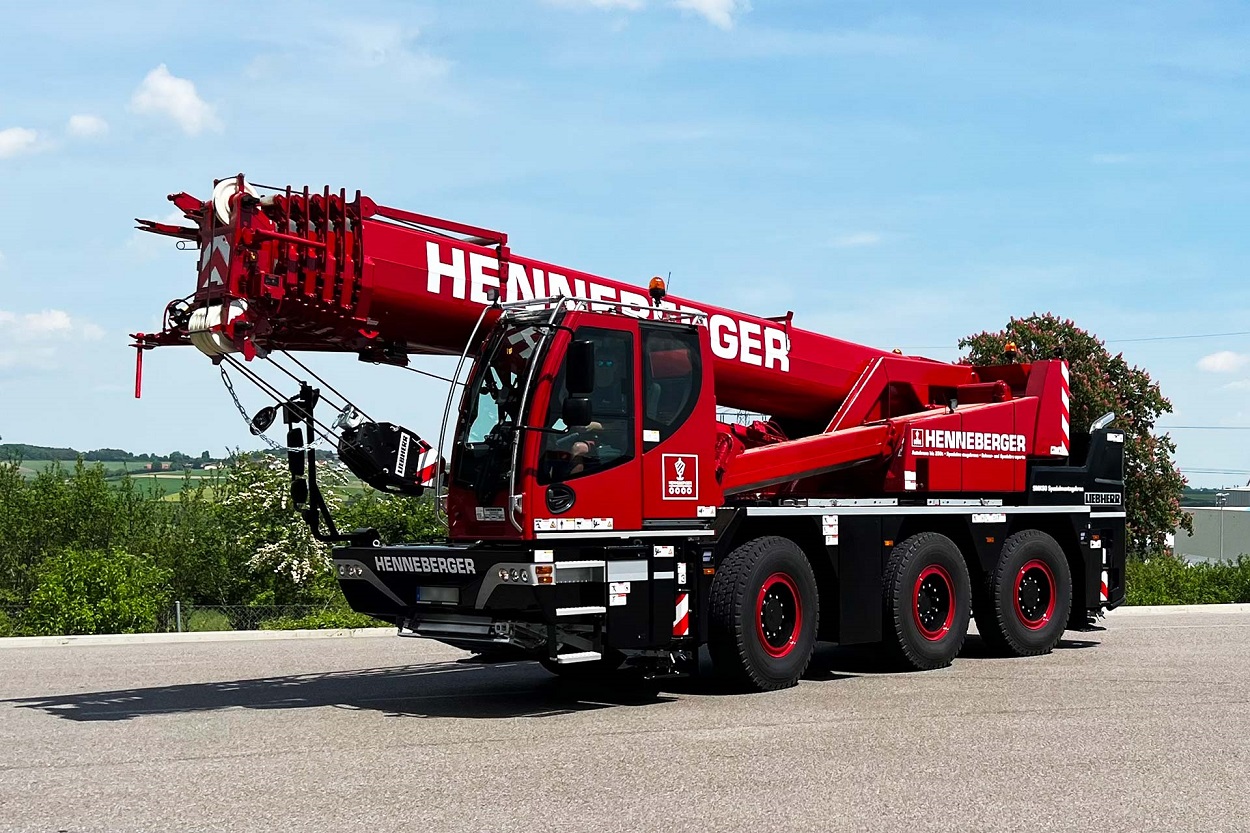 The LTM1160-5.2 on its first assignment in Sonneberg, Thuringia.

Direct from the manufacturer – Liebherr-Ehingen supplies its 10,000th used crane