The offshore wind industry is projected to produce 228 GW by 2030, enough to power over 68 million homes. To meet these targets, offshore wind turbines are progressively increasing in size and are being planned for installation in remote locations and deeper water depths. Due to these market developments, Heerema strategically developed the novel RNA method for the next generation of wind turbines.

The largest technical challenge when using a floating installation vessel is the relative motion between the vessel’s crane and the geostatic foundation of the offshore structure. One specific point of attention within the RNA method is the blade installation, which has been identified as the most critical part of the turbine installation offshore for any vessel. To combat these challenges, Heerema has developed the guided root end positioning tool, known as the GREPT. This in-house developed blade assembly tool enables offshore handling and installation of blades safely and efficiently. 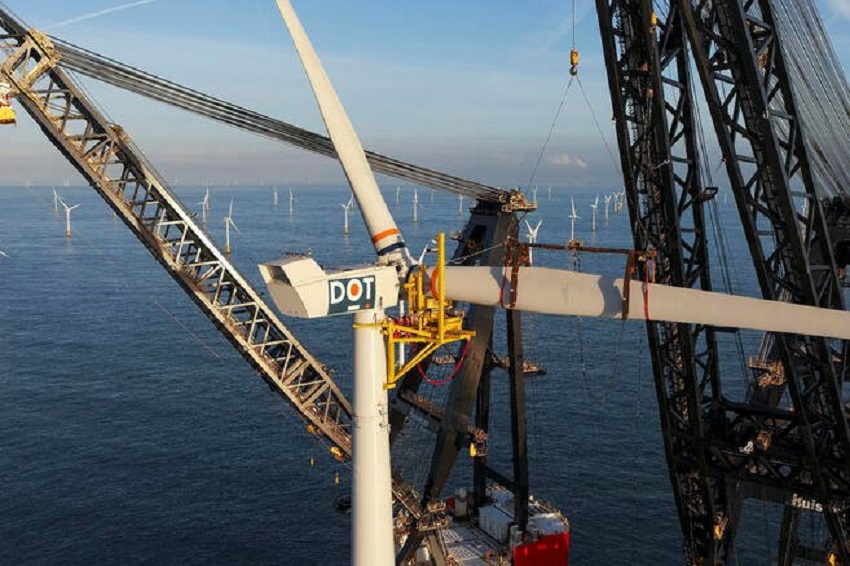 The development of Heerema’s RNA method has been ongoing over the last two years and has been tested extensively within Heerema’s Leiden Office based Simulation Center. This offshore test put the method into practice for the first time in Eneco’s Prinses Amalia wind park, the Netherlands. The test results will be used to continue improving the RNA method within the Simulation Center.

Heerema’s CEO Koos-Jan van Brouwershaven said: ‘testing our novel RNA installation method offshore is a significant step forward in our ambition to deliver the solutions clients need for the next generation of offshore wind turbine generators. This project is another example of proving our methods offshore that have been developed in our Simulation Center.’

In addition to Heerema’s RNA installation project, the offshore scope included testing DOT’s Slip Joint connection. Generally, wind turbine generators use bolted flange-to-flange connections between the subsequent parts, installed offshore using multiple lifts. Whereas the Slip Joint is an alternative connection between an offshore wind turbine and its foundation. It works and looks like two paper cups upside down stacked on top of each other.

The connection is based on friction, where the weight ensures a firm and stable connection. Installation is done by simply sliding the two-part over each other without the use of grout or bolts. This simple mechanism allows for cost reduction in material, equipment, and personnel as well as allowing for a shorter installation time.

Two separate Slip Joint connections were used during the FOX project: connecting the wind turbine’s lower tower to the monopile foundation and connecting the nacelle to the upper tower. Furthermore, a Slip Joint based seafastening was used to transport the complete tower section safely and to be able to transfer the load to the ship’s crane in a controlled and efficient manner.

During the offshore test, Heerema assembled the complete wind turbine generator onboard, which included the installation of blades using the GREPT. After that, the tower was installed on a pre-installed monopile using DOT’s slip joint connection. The single lift RNA was installed using a slip joint connection and also thereafter with a flange-to-flange connection. After the test project was finalized, the wind turbine generator was disassembled and the monopile removed using a Vibro Lifting Tool. 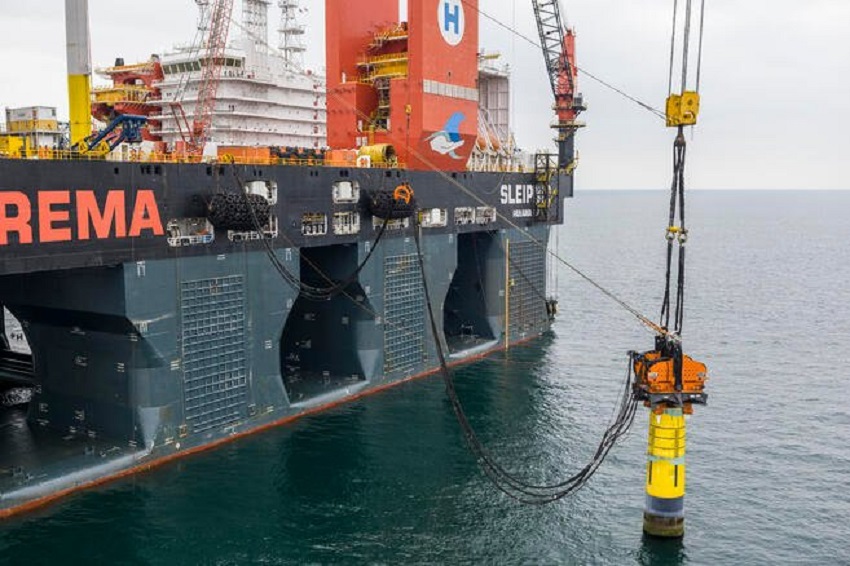 This demonstration project, known as FOX (Floating Offshore installation of XXL Wind Turbines), was a collaborative effort between Heerema, DOT, and TU Delft and was supported by the Dutch Ministry of Economic Affairs and Climate Policy and Eneco. The partners worked together with a wide range of subcontractors who have supported this test, including Heerema Engineering Solutions, F&B Group, Harco Heavy Lifting, Ampelmann, Sif, and CAPE Holland.