bayernhafen is bundling various goods and shifting long-haul traffic with the right infrastructure away from the road to the two more environmentally friendly modes of transport inland waterway and rail. Even and especially in times of crisis, everyday goods must come to us reliably, and the products of Bavarian companies must also come to their customers. In 2020, bayernhafen handled a total of 8.75 million tonnes of goods by ship and rail via its six locations in Aschaffenburg, Bamberg, Nuremberg, Roth, Regensburg and Passau – that is 94% of the goods handled in the previous year. This corresponds to around 1,400 truck trips saved per day with an average load of 17.2 t.

Ship cargo throughput in 2020 was 3.158 million t, 6.5% more than in the 2019 financial year. Rail throughput, on the other hand, fell by -11.6% compared to 2019 to 5.593 million t. bayernhafen has proven itself as a guarantor of traffic shift, especially in times of crisis: bayernhafen customers ensure that supply chains for food and other everyday goods work every day. Industrial and trading companies use rail and inland waterways as an alternative to trucks on long-haul routes, because bayernhafen’s interface expertise efficiently links the modes of transport. In this way, bayernhafen makes a sustainable contribution to ensuring that modes of transport can play to their strengths, which relieves the road and saves CO2. 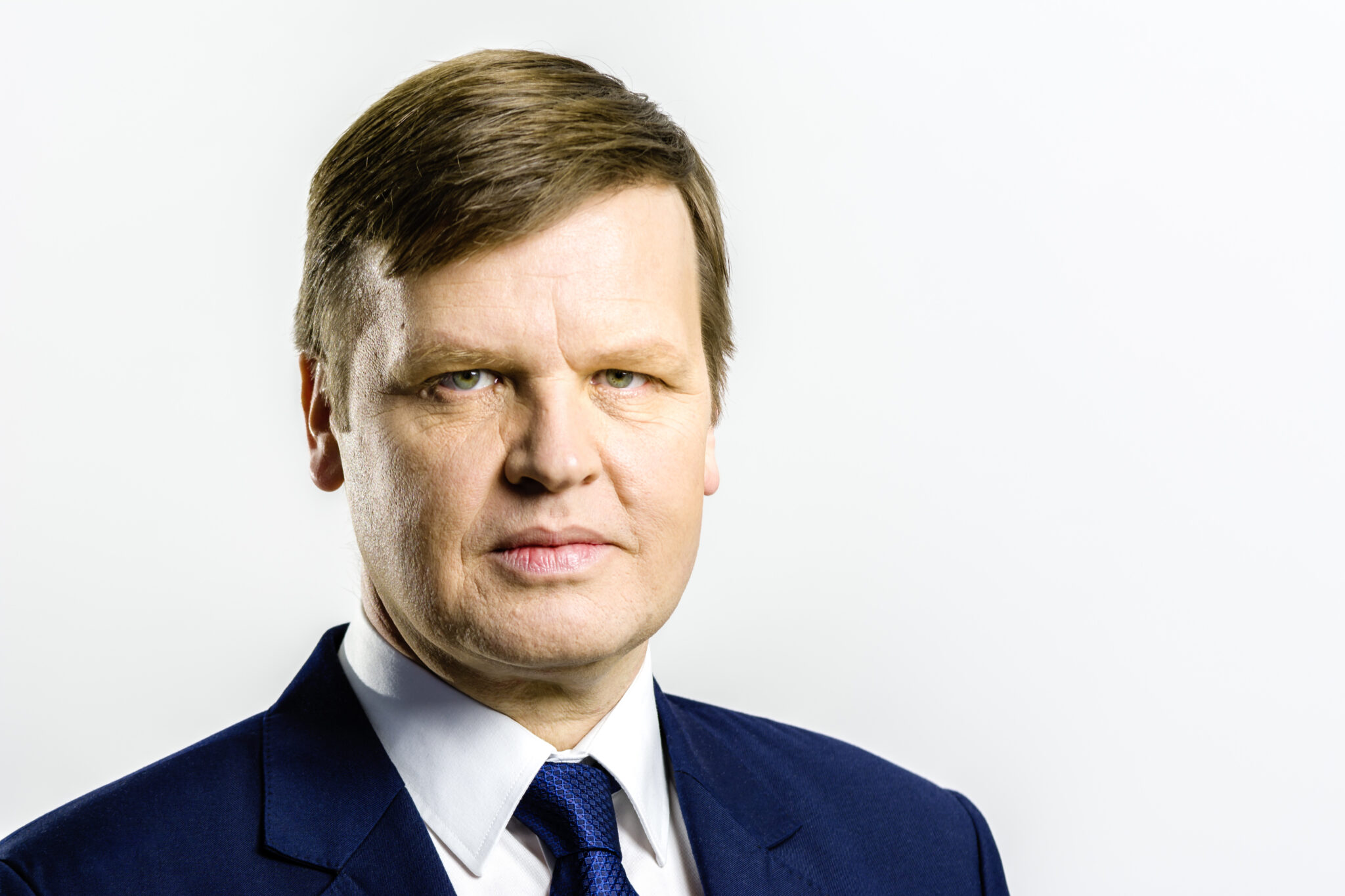 Agricultural goods, building materials, food, fuels and industrial goods such as machines and automotive parts as well as heavy goods are transported by ship and rail at bayernhafen’s locations.

“At each of our locations, we bundle all kinds of goods,” says bayernhafen Managing Director Joachim Zimmermann, “on this basis, we combine the two more environmentally friendly modes of transport inland waterway and rail for long-haul routes with trucks for short-haul routes. Even and especially in a year like 2020, port operations ran very reliably. Functioning supply chains are the be-all and end-all of our society. Many people only really understood this in 2020. ”

With 403,931 TEU, 89% of the previous year’s volume was handled in combined transport. In addition to containers in seaport hinterland transport, this includes swap bodies and semi-trailers in continental and transalpine transport.

Additional cross-border freight train connections were also added during the crisis in 2020: Aschaffenburg has been connected to Novara in northern Italy since October. There has been a direct connection from Nuremberg to the seaport of Trieste since November. “Even in these times, we implemented pioneering projects with our partners,” says Joachim Zimmermann.

Since February 1, 2021, the AlbatrosExpress has been connecting bayernhafen Passau with Hamburg, Bremerhaven, Bremen and Wilhelmshaven. This means that all five trimodal bayernhafen locations in Aschaffenburg, Bamberg, Nuremberg, Regensburg and Passau are now connected to the German seaports by rail according to the schedule.

In 2020, bayernhafen continued the high level of investment of previous years and initiated investments of around 17 million euros over several years in all locations in the preparation of land and in its port infrastructure.

Local companies also invested in 2020. For example, Horst Pöppel Spedition opened a new multi-user warehouse with a siding in bayernhafen Regensburg in March. Food / non-food products from Italy, such as wine, arrive by train. From Regensburg these are distributed to the distribution centers of the food retail trade.

In May, the energy supplier MaierKorduletsch put its new wood pellet silo storage facility in bayernhafen Passau into operation. The three silo towers, each 30 meters high, offer space for a total of 4,500 t of the renewable energy source.

Since July, trucks have been able to refuel with liquefied natural gas at bayernhafen Nürnberg. The initiators and operators of the new LNG filling station are the Neumarkt energy supplier Rödl energie and Munich-based BayWa Mobility Solutions GmbH.

“As a site architect, we create the prerequisites for the settlement of logistics-intensive companies in the immediate vicinity of railways and waterways,” says Joachim Zimmermann, “with strategic space management, we consistently focus on space recycling instead of space consumption – another strong advantage of our business model. The protection of species is also very important to us: of course, industrial, commercial and traffic areas are our core business, but they can be perfectly combined with natural areas. Examples of this are our planned eco-account area in Regensburg and the habitat network concept in Aschaffenburg. ”

A time-lapse video shows how a 416-ton transformer is loaded onto the barge. Shot at the heavy lift specialist Züst & Bachmeier Project in bayernhafen Nuremberg in November 2020. The transformer manufactured by Siemens Energy in its Nuremberg plant is intended for a wind power project in the North Sea. 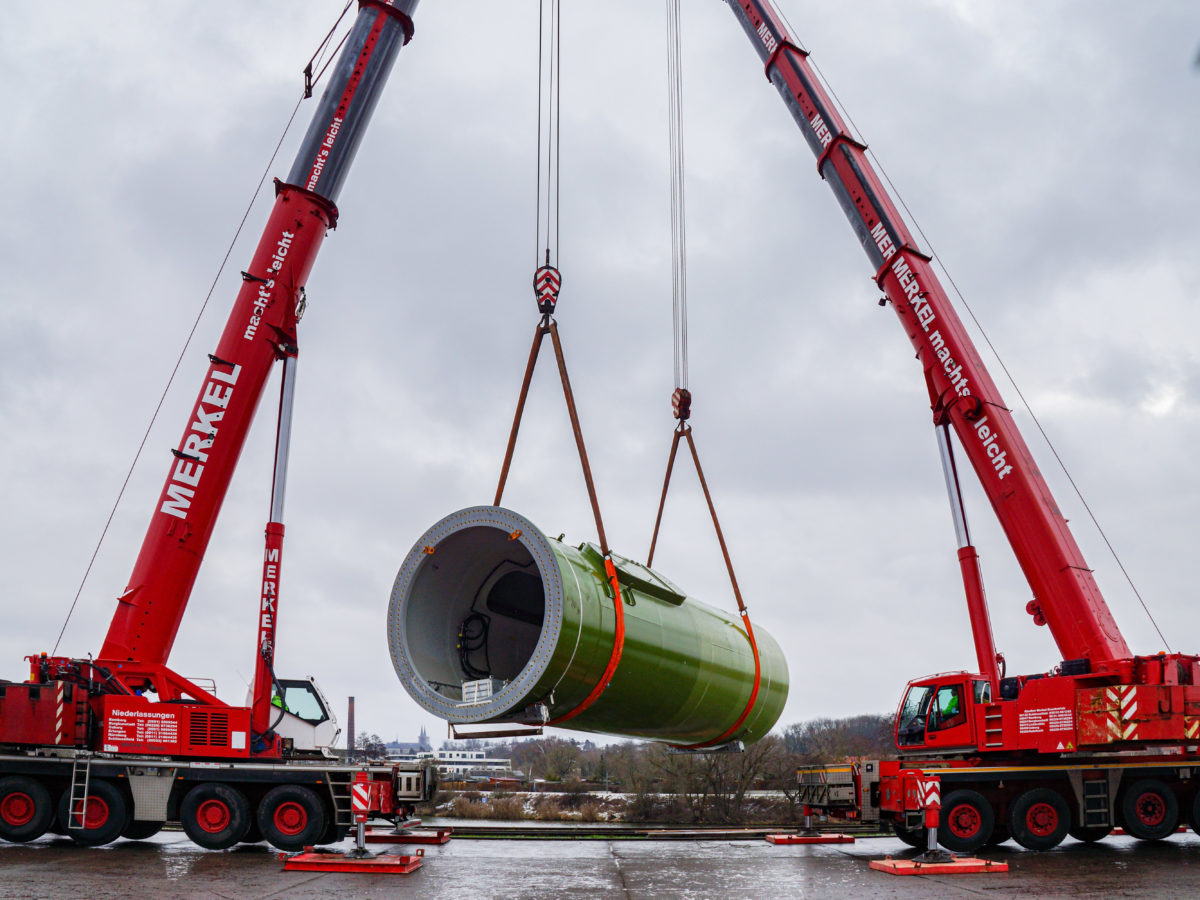 A 40 meter long steel tower,with a diameter of 5 meters and weighing 88 tons, was brought ashore with two special cranes at bayernhafen Bamberg. The next day, it was loaded onto a special truck, which crossed the road for the last stage. 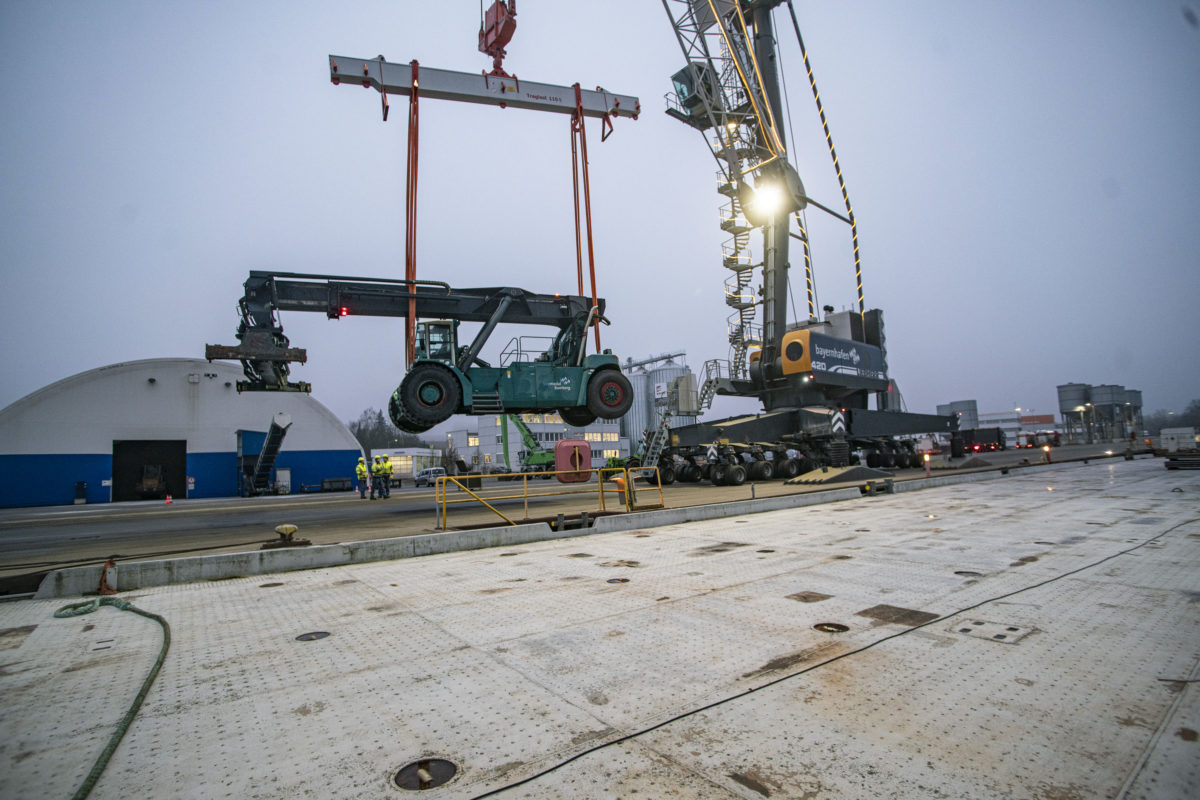 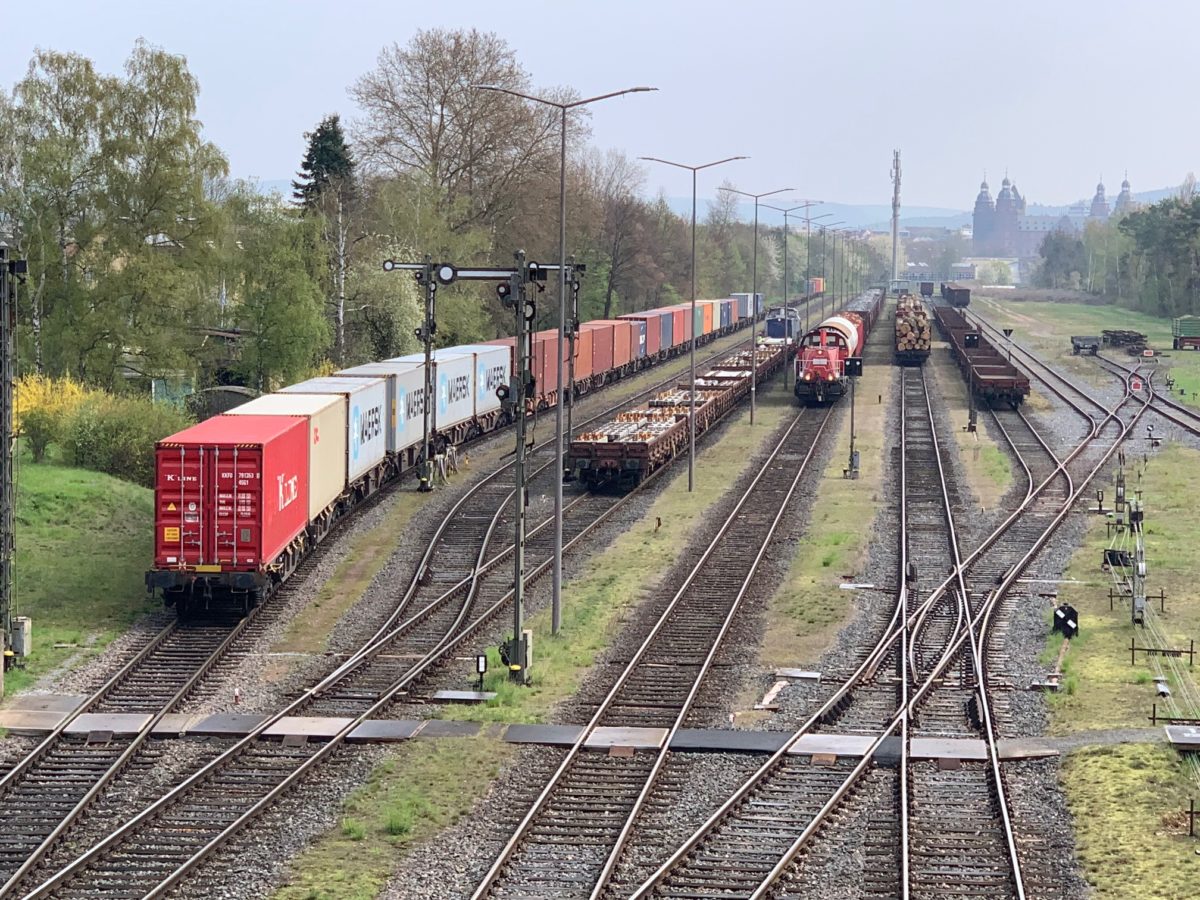 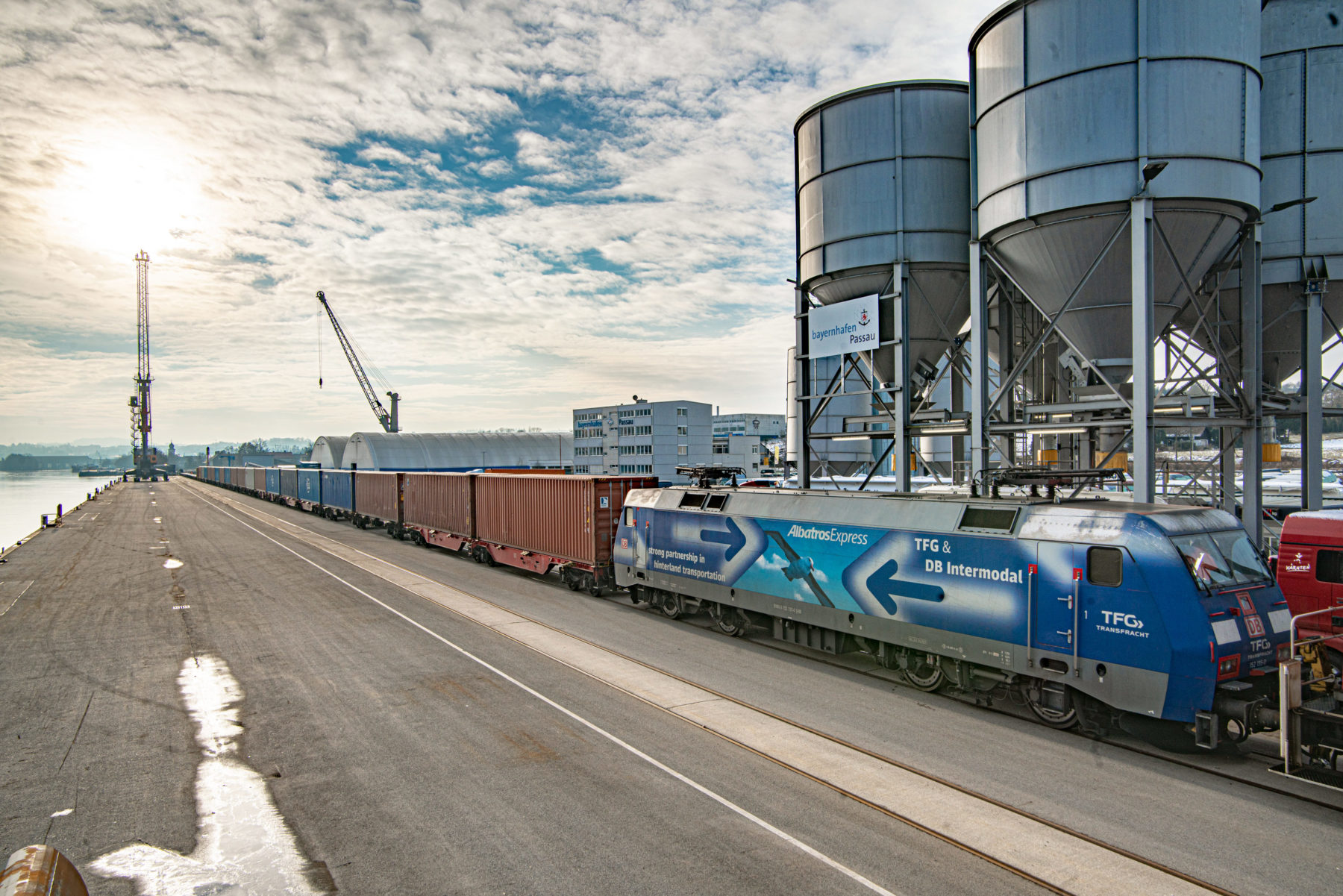 bayernhafen Passau has been integrated into the TFG TransfrachtCT network since 1 February 2021 (Photograph: bayernhafen / Michael Ziegler)

Could this be a record heavy haulage operation?