Dietmar Flossdorf GmbH ventured into the large crane class in 2017 with the LTM 1500-8.1. Now, four years later, the next step is being taken with the LTM 1650 8.1: the crane and heavy transport specialist from Bad Neuenahr in the German state of Rhineland-Palatinate is increasingly receiving inquiries for situations where the performance of the 500-tonner no longer suffices. 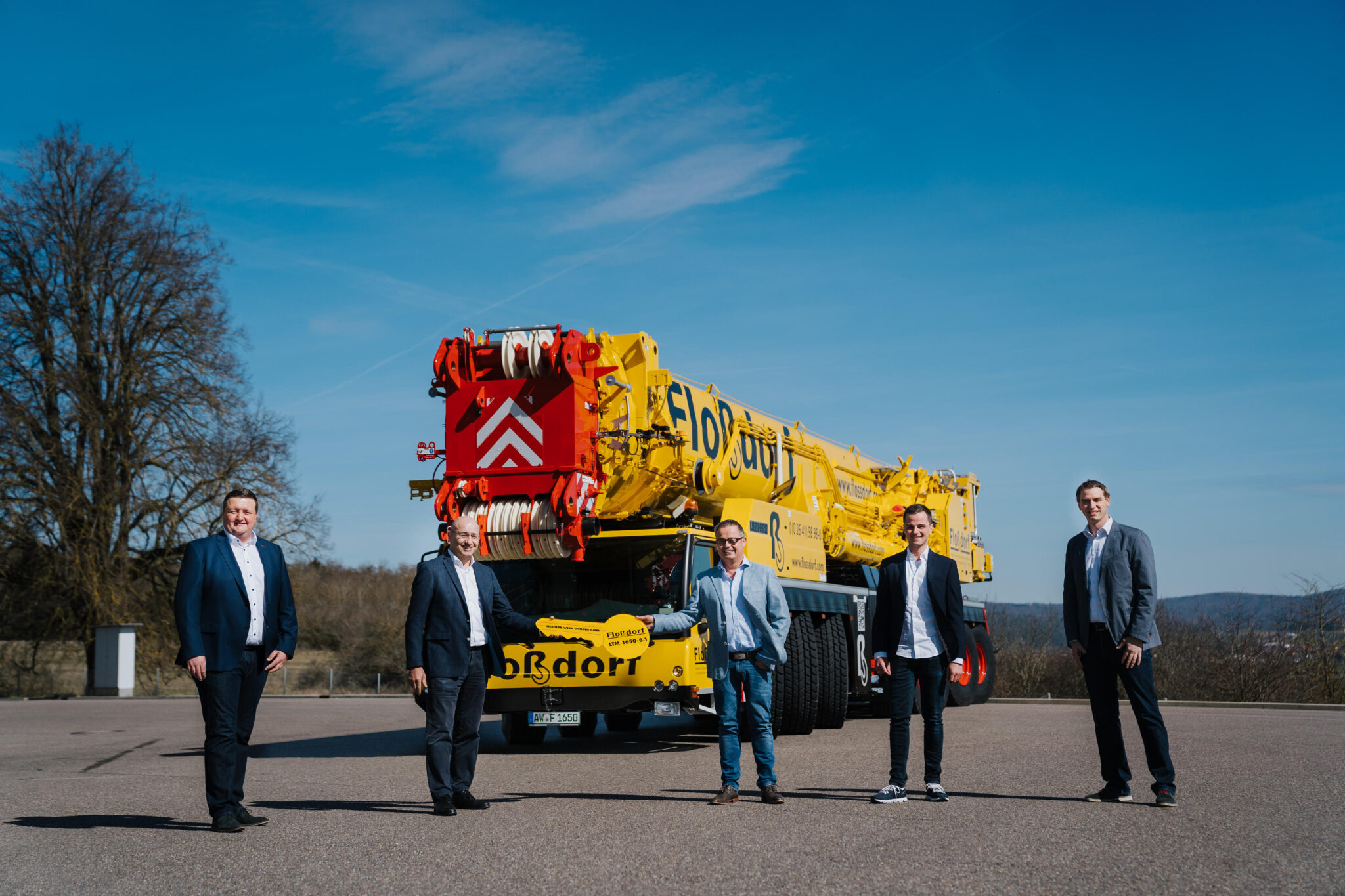 Company owner Dietmar Flossdorf visited the Liebherr plant in Ehingen with his authorised signatories Marco Flossdorf and Stephan Wassmuth to add the new, biggest crane to his fleet. Flossdorf had already ordered the LTM 1650-8.1 at Bauma 2019, having been instantly convinced by the concept of the new 8-axle Liebherr crane.

Marco Flossdorf even talks of a quantum leap. And the predecessor LTM 1500-8.1 is the most successful large crane of all time, with over 600 units sold. “Not only the much higher load capacity of our new crane, but also the new technology, such as the VarioBase® and VarioBallast®, are impressive.” 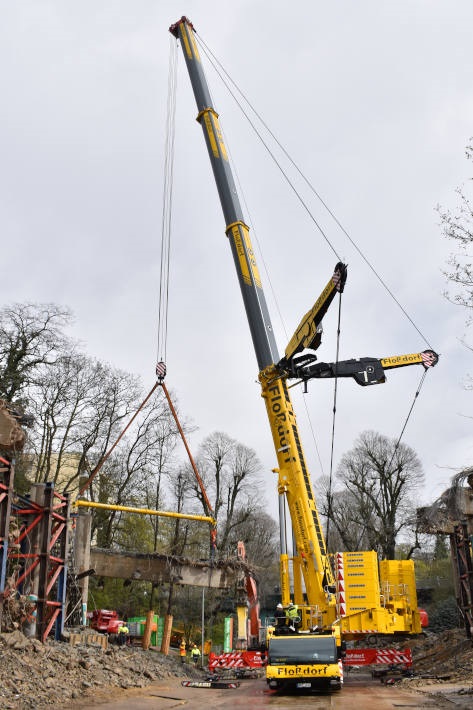 Bridge demolition in Mönchengladbach: the second deployment required the new LTM 1650-8.1 from Flossdorf with a 75-tonne capacity and 22 metre radius.

Stephan Wassmuth agrees, saying: “The LTM 1500-8.1 was our most successful venture into the world of large cranes, but is no longer sufficient for many projects. We are therefore replacing it with the LTM 1650-8.1. It offers us a wide range of applications for hoisting heavy loads, transferring goods to barges, assembling concrete components, carrying out service activities on wind turbines, and in industrial activities such as lifting components into plants using a long luffing jib.”

Flossdorf purchased the LTM 1650-8.1 with the complete range of equipment and even opted for both telescopic booms – 54 and 80 metres in length respectively. “That offers us maximum flexibility and a particularly wide range of applications. The long mast, for example, is ideal for assembling construction cranes,” says Dietmar Flossdorf.

Flossdorf was founded in 1953 and now has a 50-strong workforce. Flossdorf already has more than 50 years of experience with cranes, as it bought its first mobile crane in 1967. In addition to mobile crane rental, Dietmar Flossdorf GmbH also provides heavy transport, work platforms as well as rescue, breakdown and towing services. The company has a fleet comprising around 20 cranes and ten heavy-duty tractor units to cover all these different types of work.