The DYT new build, YACHT SERVANT , has recently been floated out and is now preparing for the launch in mid October at Yantai CIMC Raffles Shipyard on China’s Shandong Peninsula.

YACHT SERVANT is no ordinary vessel. The only purpose-built semi-submersible of her kind in the world, she stands at 213.70m in length with a 46m beam and a 4.6m draft. Tank tests have shown that the IMO Tier-III compliant vessel is 32% more fuel efficient than her predecessors. And her 6,380m² deck space – 30% larger than her sistership – facilitates the transport of more vessels per crossing, including deep draft sailing yachts.

“There is a lot to say about YACHT SERVANT, but her size is a big factor because she has a much larger intake, which means she can carry more yachts,” says Richard Klabbers, Managing Director of DYT Yacht Transport. “But the main difference is that we can accommodate a greater load with much less draft, thanks to the vessel’s unique design.” 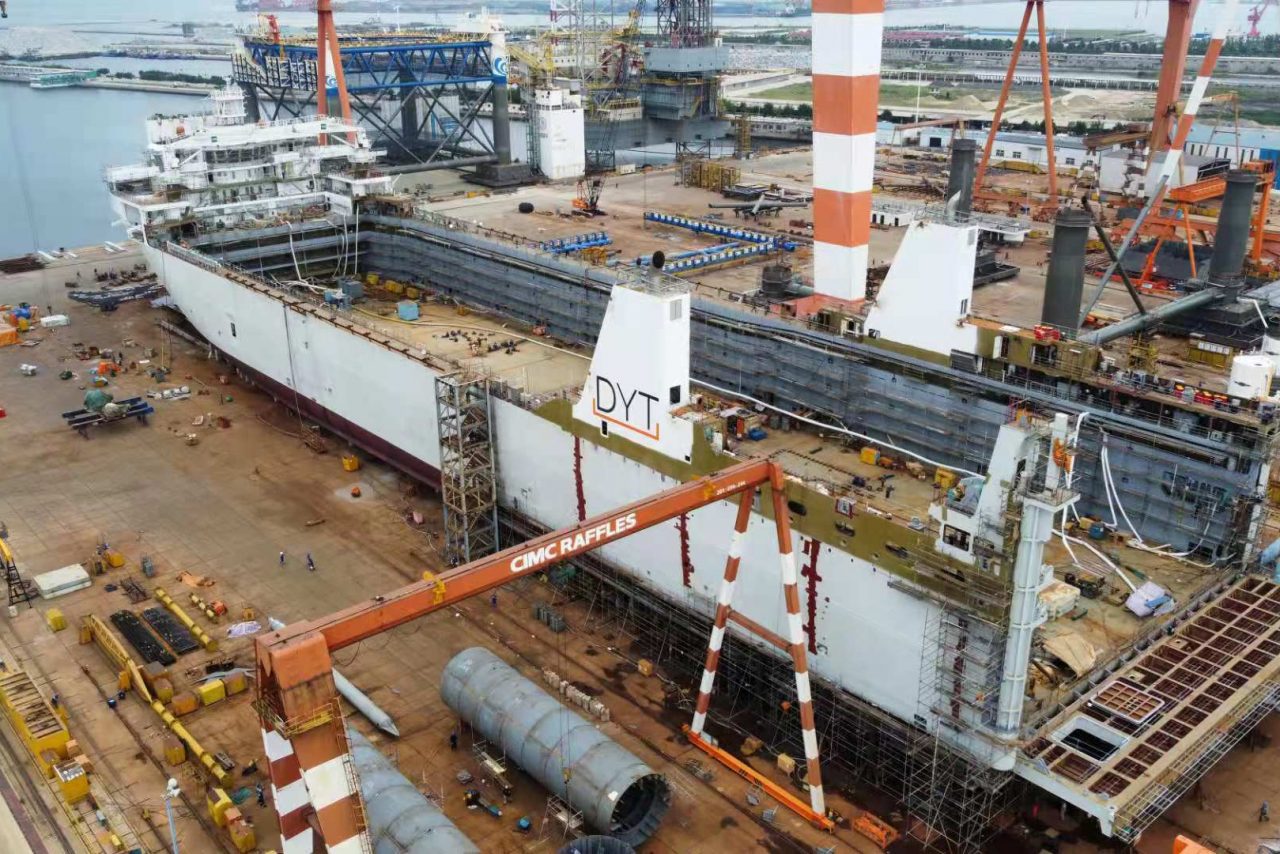 Whereas the current vessels in DYT’s semi-submersible fleet require operating water depths of around 14m, YACHT SERVANT only requires an operating water depth of 9m. “It means we can dock at ports with shallow water, such as in Italy and the Caribbean, and go to smaller islands around the world,” adds Klabbers. “But once completely submerged, we actually have more water depth to sail in than before, giving us the flexibility to load larger yachts.”

YACHT SERVANT is designed solely for the transportation of vessels, with a unique float-on, float-off system that is widely considered to be the safest and most efficient in the world. She also features a new specialised deck located behind the bridge built to accommodate tenders, containers and small race boats. There’s even a nifty mast rack and larger crew accommodation. And when the global infrastructure is available, YACHT SERVANT is LNG-fuel ready.

“It’s a much more thought out design,” says Klabbers, who highlights that during yachting’s low seasons YACHT SERVANT can accommodate three full-sized river cruise vessels, making it the most versatile semi-submersible vessel in the world.