Shell awarded Mammoet’s Conbit operation the contract to replace the HP and LP flare tips at its Enchilada platform and the flare tip at its Salsa facility. The engineering and project preparation were coordinated by Worley’s office in New Orleans in 2019, while the offshore execution took place in August 2020.

The offshore works at Enchilada platform were planned in combination with the works on Shell’s Salsa platform. As there was limited space available to execute the lift, a replacement method based upon temporary mechanical equipment was devised for the project.

In 2019, a site survey was conducted to verify the situation at the site. Based on the information gathered during this phase, Conbit engineers – in cooperation with engineers from Worley – prepared the lifting method and performed all engineering activities.

The flare tip handling system was fully tested inside Conbit’s warehouse in Eindhoven and was witnessed by a client representative. After packing, the full set of equipment was mobilized to the client’s shore base.

The crew’s mobilization was subject to coronavirus precautions. Testing and quarantine periods were therefore part of the mobilization plan for a crew consisting of one team leader and five technicians.

A multi-skilled crew was selected. All crew members were fully trained rope access technicians and are very competent riggers. The crew was composed with local technicians and lead by a Conbit team leader.

At the end of July, the crew arrived on Salsa for the first time. Within two days the deck equipment was installed. After the two days, the crew departed to Enchilada.
The lifting operation on Enchilada was successful and the new flare tips, weighing a combined 2.95t, were connected according to the procedure. After housekeeping and packing the containers, the crew left for the next flare tip replacement at Salsa.

Shutdown at the Salsa platform was planned to take place following the crew’s return from Enchilada. However, due to the approach of hurricane Laura, the full project execution was postponed until further notice.

After three days of standby, the crew was demobilized to shore to wait for the hurricane to pass. 10 days later, the crew could return to Salsa to complete the flare tip procedure.

For the Salsa platform, the scope of work included the replacement of the HP flare tip, weighing 3t, from a single pipe to a multi-arm candle type flare tip. The flare tip replacement was based on lifting to and from a supply vessel. This procedure relies on fast lift winches to overcome the motions of the sea. Besides that, an experienced winch operator is required to perform the lift at the right moment.

Excluding postponements due to hurricane Laura, the project was completed on time and to budget.

The Shell-operated Enchilada Platform is located approximately 270 km South West of New Orleans, and the Salsa facility, located in the Gulf of Mexico, consists of two platforms that have been in operation since 1997. 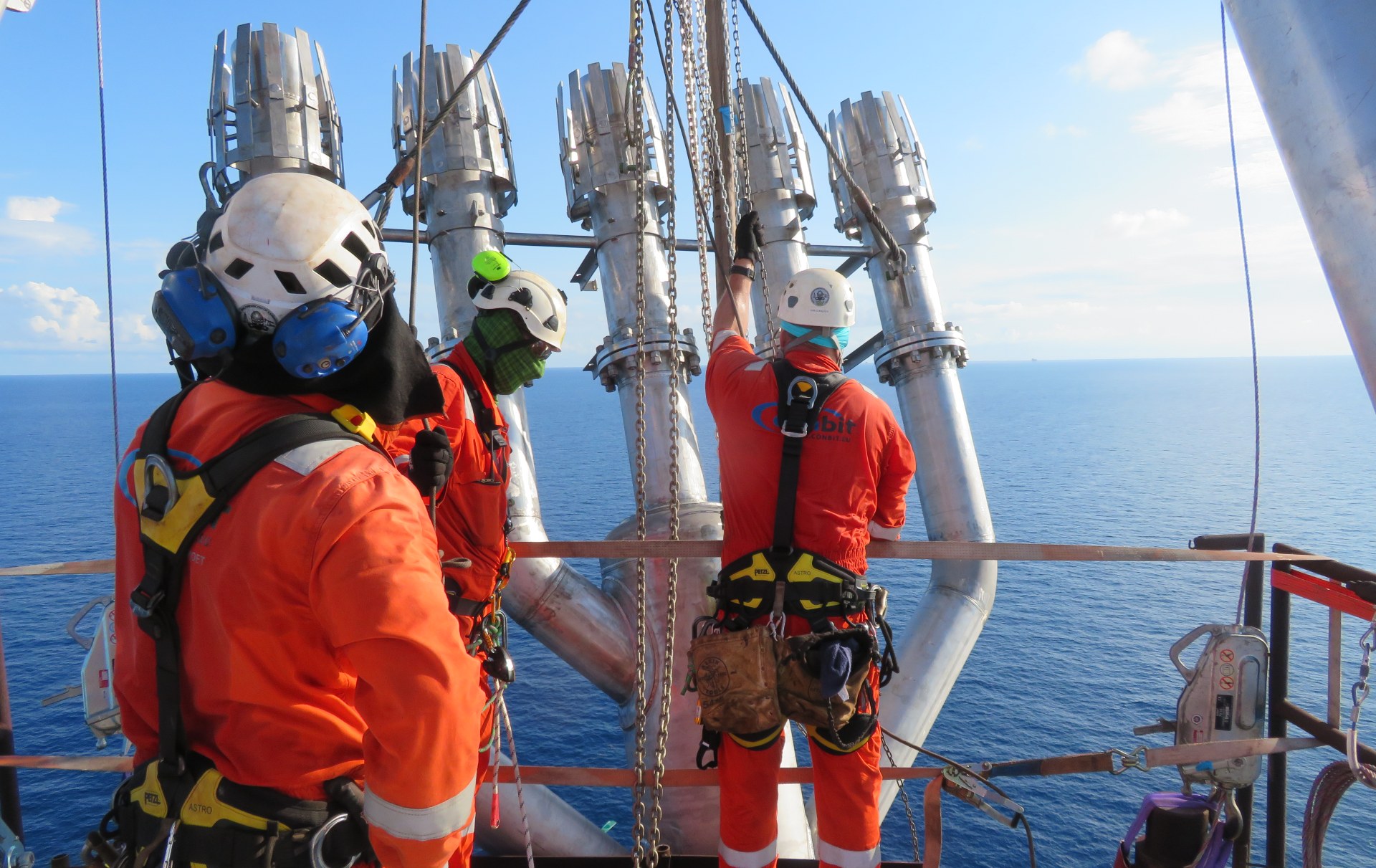 Mammoet Brings the Roof Down in Detroit

To help facilitate the demolition of a retired hockey arena, Mammoet was contracted to lower the main roof truss of the Joe Louis Arena.