Family-run Christen + CIE AG based in Biel in the Canton of Berne (Switzerland) is the first Swiss crane contractor to take delivery of a new Liebherr LTM 1120-4.1 This is the most powerful 4-axle crane on the market and is mainly used by the crane and transport logistics contractor for jobs in industry. As a result of its compact design, impressive lifting capacity values and its 66 metre telescopic boom, the company often uses it for erecting tower cranes.

“My new, more powerful crane with VarioBase® needs less space on constricted sites than my previous 100 tonne crane, but that was not actually a Liebherr machine”, says Matthias Kofmel. The young Swiss, who has manned the cab of the LTM 1120-4.1 on building sites in the Canton of Berne and beyond for the last few months, is delighted with the handling of his new machine: “The crane enables me to move to a different site in a very short time and I can get it ready for use again quickly as a result of its very short set-up times.”

The new LTM 1120-4.1 has already demonstrated its short set-up times. After working on the steel erection for a building at the waste incineration plant in Biel, it had to move to a site around ten kilometres away as quickly as possible.

After hoisting the last steel girder, Matthias Kofmel needed less than 20 minutes to get his mobile crane ready for the road. He then drove his new crane to its next site, where a Liebherr 85 EC-B construction crane was waiting to be dismantled. “When I erected this top-slewing crane with my old mobile crane, I needed more space than now”, said Kofmel as he telescoped the outriggers on the crane supports precisely using the VarioBase® system. This variable support feature had already been used at the waste incineration plant to give delivery vehicles more space on the side away from the load.

The LTM 1120-4.1 dismantled the construction crane in what could easily be a record time. Matthias Kofmel had set up his mobile crane with full ballasting of 31 tonnes in just one hour. The dismantling work on the 30 metre construction crane then took around five hours. When lowering the crane components, the LTM 1120-4.1’s boom, which had been telescoped to a length of 45.2 metres, had to work with radii of up to 26 metres. “The crane works at a very high speed,” says Kofmel. “Using the Liebherr mobile crane made me an hour or two faster than it took me to erect the 85 EC-B with my old crane. And the road handling of the new machine is absolutely fantastic. I managed to drive it up the very steep access road to this site in one go without any problems.”

Christen + CIE AG based in Biel was founded in 1882 as a horse and carriage company. Today, in addition to crane work, it also provides its customers with services for transport and heavy haulage logistics, company relocations and work platforms. The modern company currently has a 20-strong workforce and also has a mobile construction crane supplied by the Liebherr Plant in Biberach. 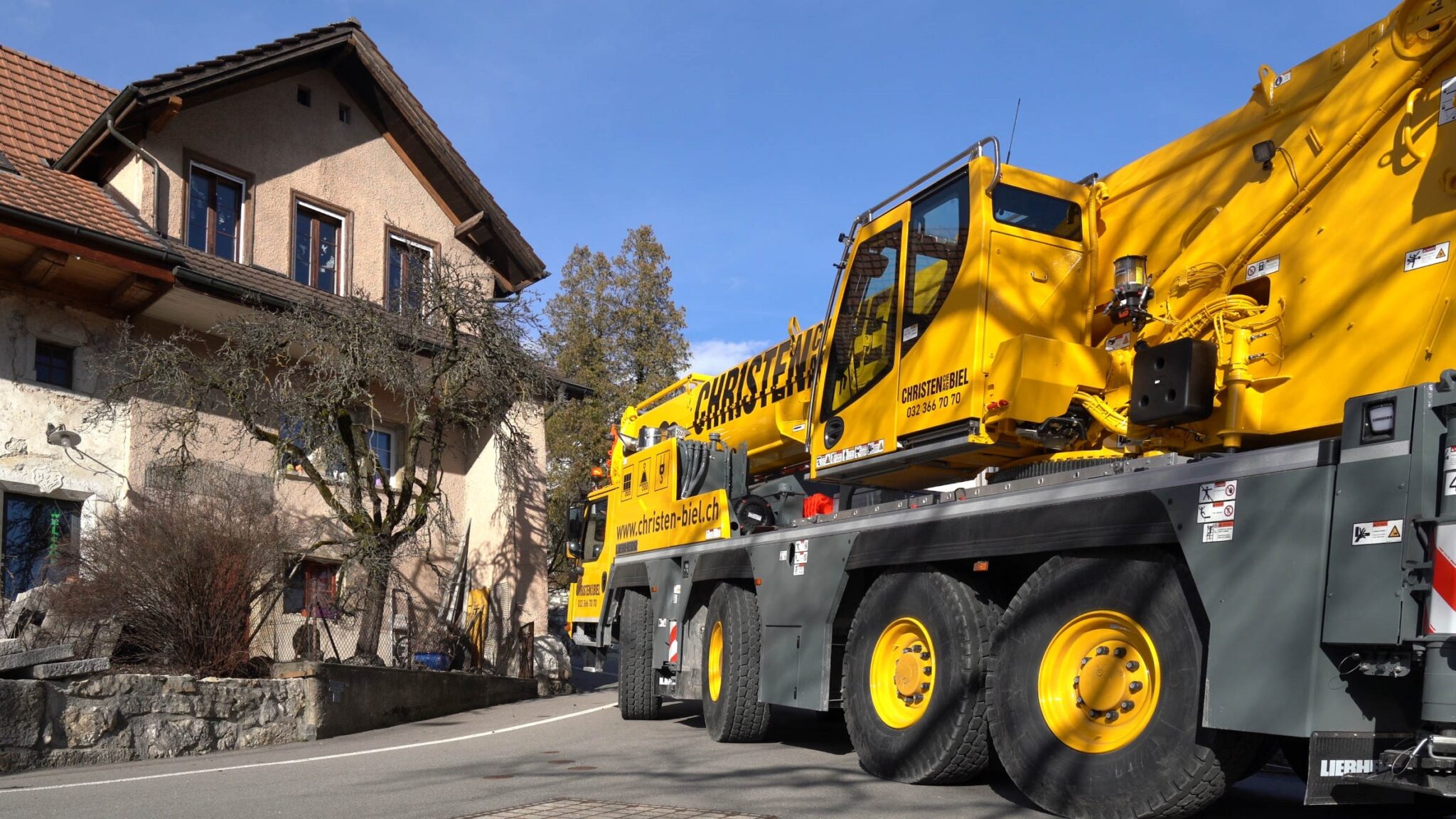 Good on the road – on the approach to the site, the new 4-axle crane even negotiated gradients of over twenty percent easily and quickly. 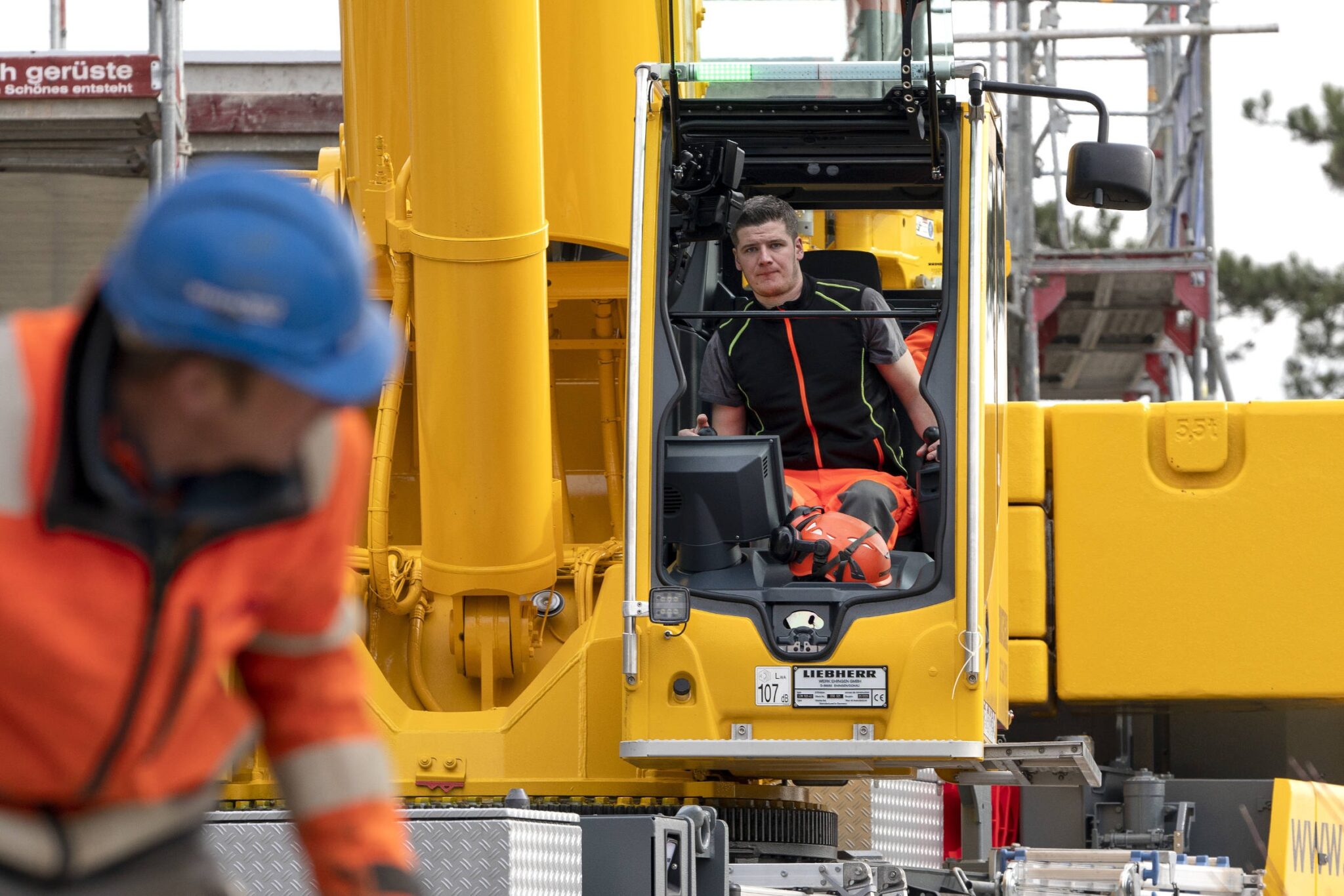 Impressive – Crane Operator Matthias Kofmel is full of praise for his new machine. 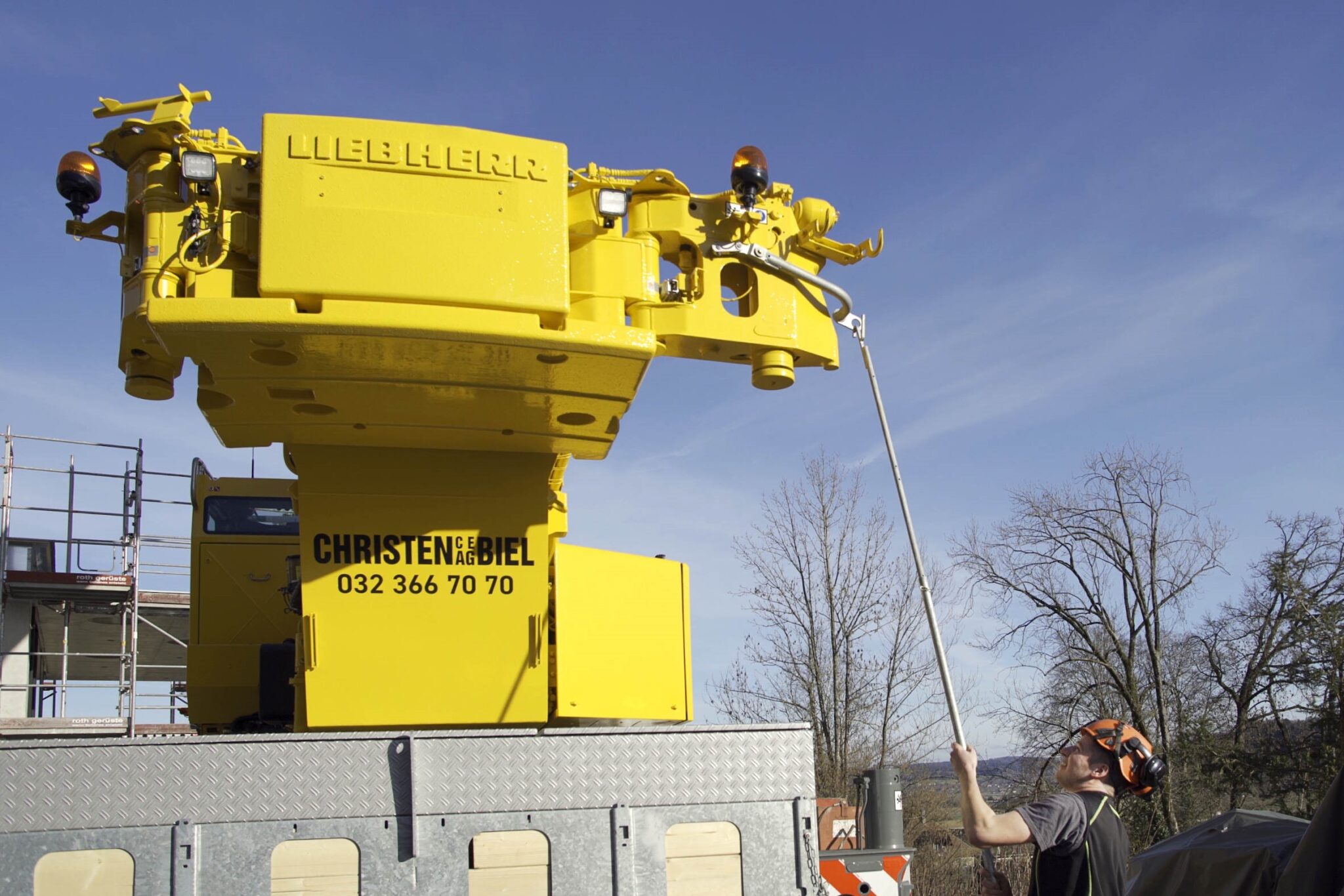 Practical – the support for the ballast can be set to maximum radius in a matter of moments. 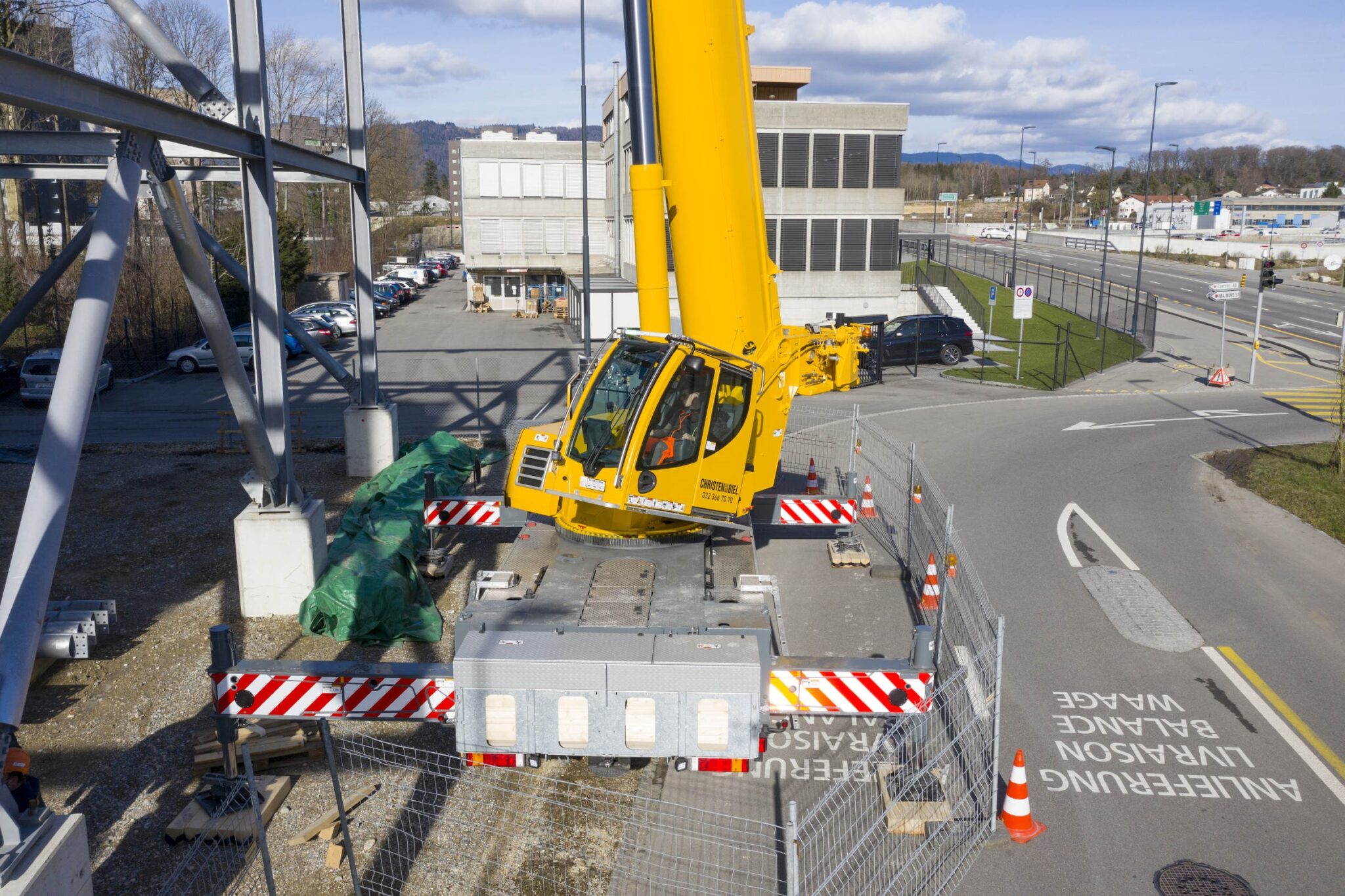 Space-saving – using the VarioBase® variable support base enables the Liebherr LTM 1120 4.1 to leave plenty of space for other vehicles on the traffic routes.

Featured Title photograph : The LTM 1120-4.1 dismantled the construction crane in what could easily be a record time.

Main criteria behind the decision for this new Liebherr customer were the long telescopic boom, innovative technology and high levels of comfort