In 2021, Felbermayr were awarded a contract to remove the old and install the new railway bridge over the River Peene near to Demmin in Germany. The Felbermayr specialists from the Engineered Solutions department trod completely new paths in April this year.

Replacing the old railway bridge near to Demmin in Mecklenburg-West Pomerania is a central project in the modernisation of the railway connection between Berlin and Stralsund. However, replacing the bridge was a herculean task and required the corresponding amount of engineering creativity from the Felbermayr team. “This project was extremely complex, as we had to tread complete new paths. At the end, we found a unique solution never before seen in the world for this type of bridge replacement”, according to divisional manager Kees Kompier.

When building or replacing bridges that go over waterways, numerous pontoons are used. Therefore, when replacing a bridge, the old bridge is floated out and then new, pre-assembled bridge floated in. “This procedure”, continues Kees Kompier, “was not practical for this project.

We therefore drew up an innovative concept in which we did not have to use conventional technology. Furthermore, it is then possible to remove the old bridge and install the new one in one go.” Kees Kompier makes it sound so matterof-fact but in reality, it was as complex an engineering feat as it was fascinating: a heavy load stack system was used to lift the old bridge structure that is around 54m long to the level of the 770m and 84m long new bridge that was stored on the northern bank of the Peene. The new bridge superstructure was then moved up to the old bridge using an SPMT. The two bridges were then connected to each other by a team of welding specialists.

The exciting phase of the bridge replacement then started. On the northern bank, hydraulic strand jacks were used to pull the complete structure that was now almost 140m long and weighed around 1050t over slide bearings on the north side of the Peene while the pushing system pushed the colossus in steps of 5.7m over the river from the south side. It was basically a heavy load pull and push convoy with colossal forces. Once the old bridge was far enough on the south side, it was also placed on rolling SPMT modules using a transport frame structure. After this decidedly complex and innovative transport job, the final installation of the new bridge superstructure seemed rather routine. 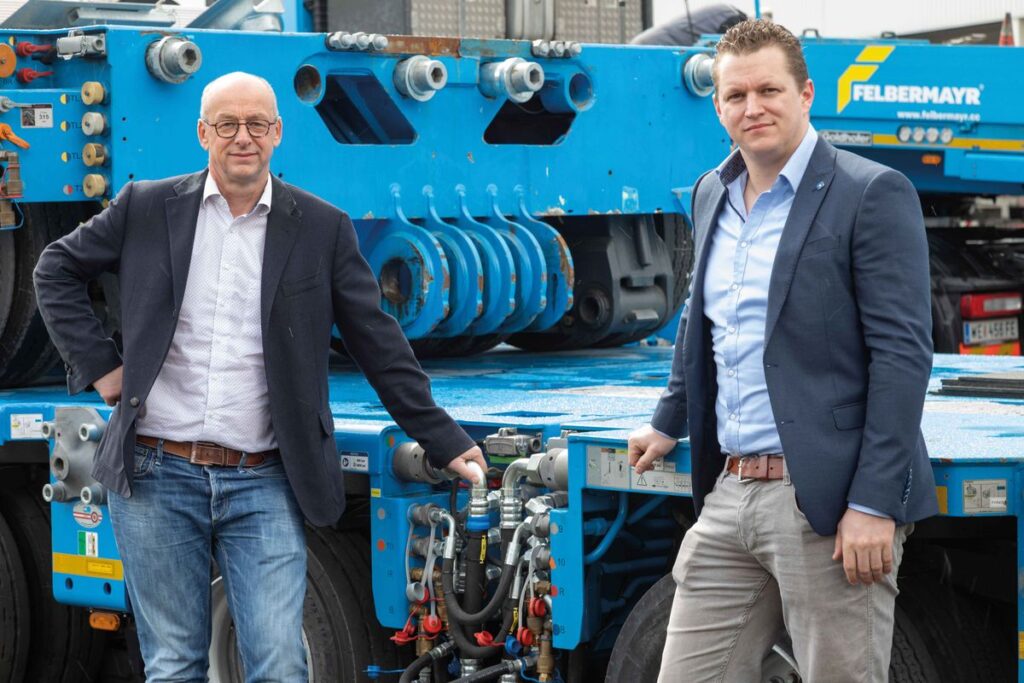 After the two bridges had been separated again, the new-build was placed on the bridge abutments using a heavy load pile lift system. After the track works were complete, rail traffic was able to start again on this railway section on time at the start of July. “I’m really proud of having managed to implement this solution successfully along with my team from Felbermayr Engineered Solutions. We found the most intelligent and time saving solution possible”, finishes Kees Kompier.

The bridge was able to be replaced in one step by using slide bearings, SPMTs, as well as pushing technology and strand jacks modified to form a pulling system.